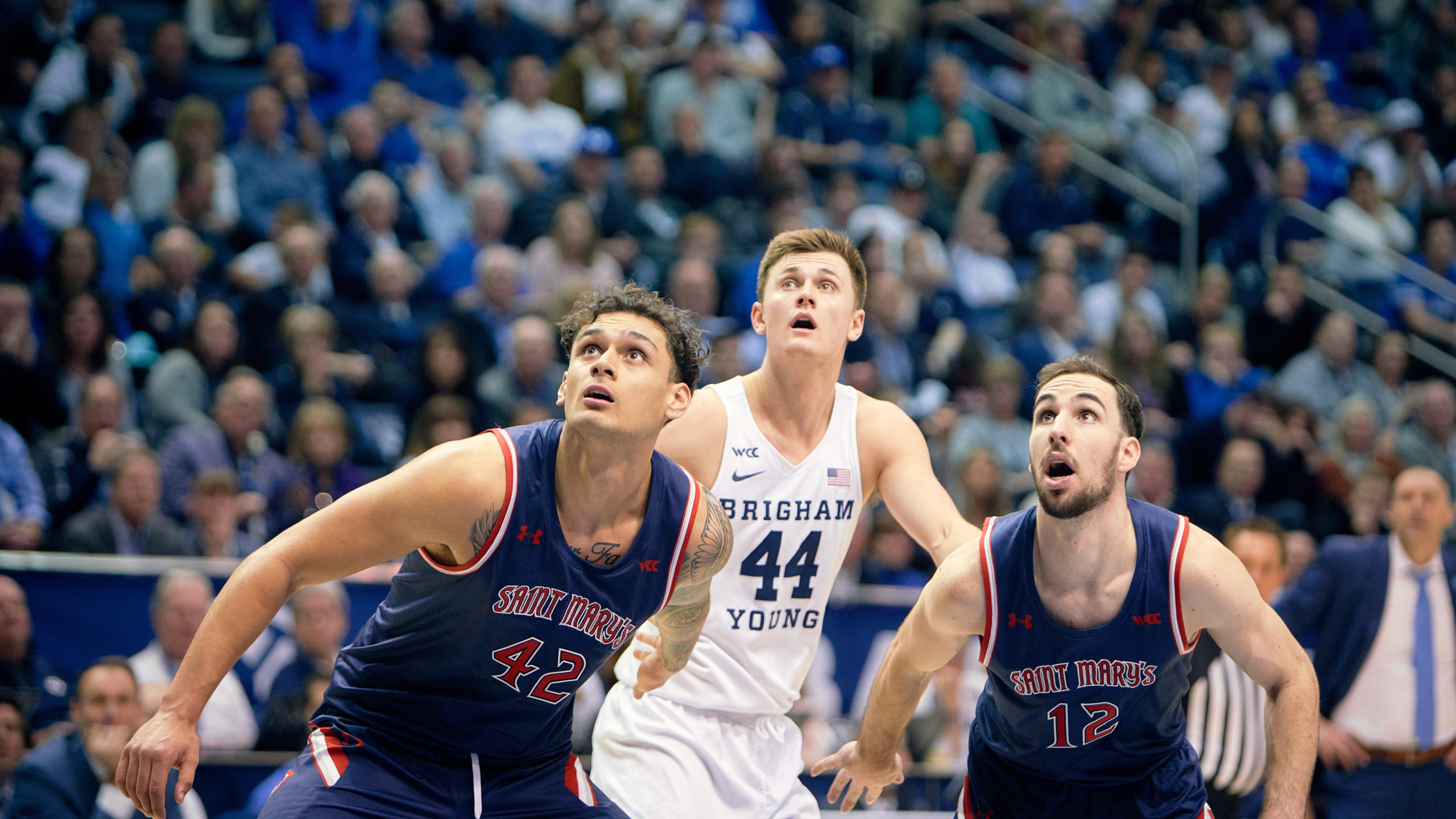 We have finally made it to the NCAA college basketball conference tournament week!! This is one of the best gambling weeks of the year. We have great matchups, important moments, and, starting later this week, college basketball just about all day long. Monday’s slate features matchups from some of the smaller conferences. While these college basketball games may not be as high profile, they still have NCAA tournament implications and present an opportunity to make some money.

My first pick tonight comes from one of the WCC semifinal games. This one features the two and three-seeds in the tournament, with the winner most likely going on to face big bad Gonzaga. Despite BYU being ranked 15th in the nation and St. Mary’s looking at more of an 8 or 9 seed in the big dance, the line on this game is only 5. It should be a tight one, but I’m actually looking at the over tonight. St. Mary’s has cashed on a ton of overs this season. They are 21-10 on overs overall this season. They have also been very hot as of late, going over in four out of their last five, and eight out of their last 10. And they put up a solid 75.3 points per game. One of the things I like the most about them here is their home/road splits. They were consistent in hitting overs both on and away from their home floor. They actually had a better record this season on overs away from home. With this game being at a neutral site, I like their odds here. BYU isn’t a slouch when it comes to cashing on overs this season either. They have a well-above .500 record on overs this season, going 17-13 overall. Also, they are a pretty average team defensively, letting up 69.1 points per game. I expect St. Mary’s to be able to push the pace on them tonight and score some points. Most importantly, they can score the ball. The Cougars score 80 points per game. That ties them for 7th in the country. Both times these teams played this season the total went over. The first game went over by 35.5 points, the second by 14. I’m feeling good about the over in this one tonight. Let’s stay up late and cash!

My second NCAA college basketball pick tonight comes from the Mid-American Conference aka the MAC! 5th-seeded Buffalo faces off against 12th-seeded Miami (OH) in this first-round matchup. This game should be somewhat meaningless unless one of these teams can miraculously get hot and leave the tournament a champion. I’m looking at the under in this one tonight. There is one HUGE glaring reason why: It’s the Miami RedHawks. They are 11-0 on unders in their last 11. 11-0!! If that’s not riding the hot hand, I’m not sure what is. The RedHawks were pretty rock-solid on unders throughout the whole season, posting an overall season record of 19-10. Throw this recent streak in the mix, plus their record on unders against MAC teams (13-5), which means I just can’t take the over in this game. I can’t. The total in this game isn’t a low one either, and I get why. Miami (OH) has averaged just 68.4 points per contest this season, but Buffalo is tied for 21st in the nation in points per game this season, averaging 77.6 points per game. Both of these teams are also pretty horrible defensively. Miami (OH) is tied for 241st in the country in team defense, and Buffalo is tied for 299th, not great. Despite that, both of these teams have gone under more than over overall this season. They also played just last week, and the game went under by six. Let’s ride this Miami (OH) under train while it’s still hot. All aboard the under express!!!

So be sure to follow my Twitter @Lobo___Grande for real-time reactions and analysis and check the local links below to sign up and take advantage of some great promos: