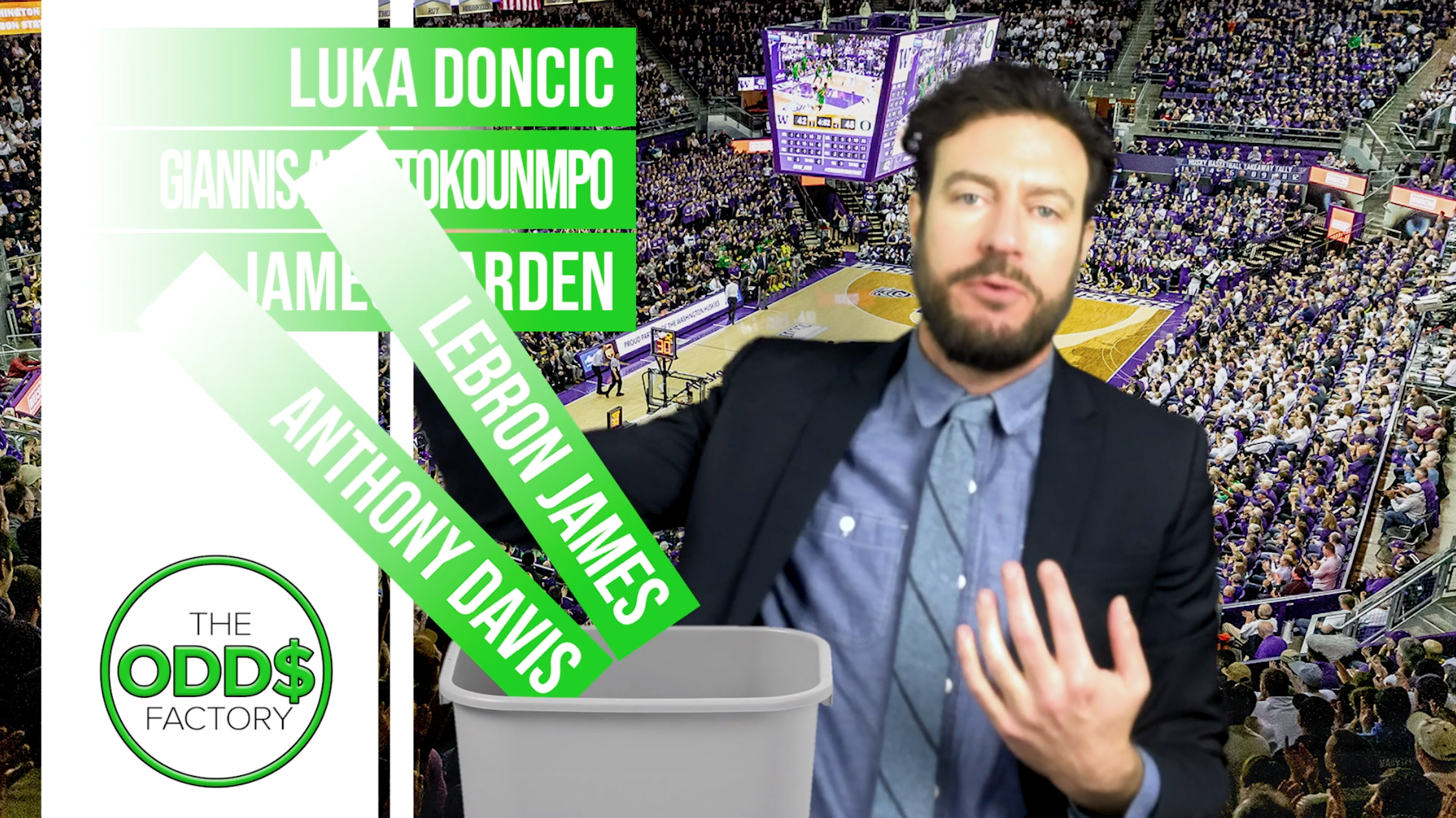 If you want to bet on the 2019-2020 NBA MVP race, there are really only five options: Giannis Antetokounmpo, Luka Dončić, James Harden, LeBron James, and Anthony Davis.

Giannis is the favorite at -150 right now, and his numbers have ONLY improved from last season. But it seems as if the league doesn’t like to give back-to-back awards as much these days, right? If so, Harden should have won again LAST year.

Luka is a good bet at +363 – and I think the league wants a kid like him to be the face of the NBA… He’s “good for the brand,” ya know? He's also GOOD FROM THE FLOOR. What a season so far. And he's only 20 years old; if he doesn’t win this year, he’s a lock to nab an MVP in the next couple of years.

What about our past winners? Harden is also absolutely incredible. He makes the game look too easy, and at +525, he’s as deserving as any of the other guys. LeBron and AD, on the other hand, won't win because they're on the same team. They’re both playing at an MVP-level, but they cancel each other out in the minds of voters. That being said, if Davis ends up missing much more time from injury, then LeBron turns into a smart bet at +750 because he will carry the team on his back for however long AD is out.

All in all, I’d take Dončić.