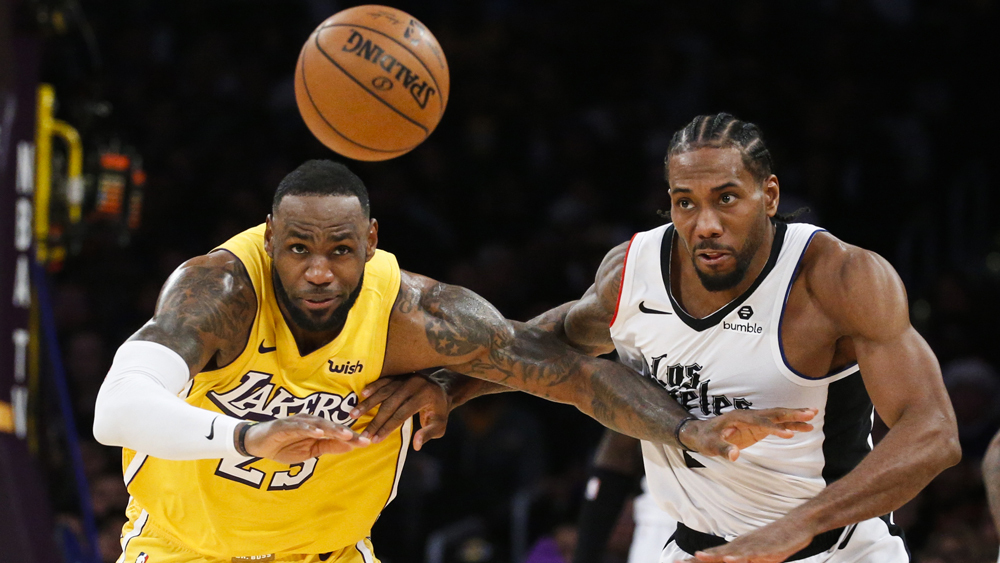 As the NBA season is about to kick-off I’d like to focus on the MVP race where – very similar to the league championship – there is no clear favorite. Giannis (I’m not spelling his last name because I suffer from vertigo and it can occasionally be induced by spelling his last name) behind his great play and the ascent of the Bucks vaulted his way to his first MVP crown.

The Bucks aren’t going to win more games than they did last year. Giannis may even have a better year than he did last year, but he still won’t win it. I’m fading the freak.

He’s going to have to shoulder a lot more of the burden with the grumpy KD living in the boroughs, but I don’t think he cares enough about the regular season to put up MVP numbers.

Another guy who doesn’t care much about the regular season. He’s looking more to be the superglue guy that holds this version of the Lakers together.

My favorite to win the title. The spotlight will be firmly on The Brow as he makes his debut in Tinsletown. There isn’t anything this guy can’t do and he’s going to be beyond motivated to prove all the hype surrounding his move west was worth it. Just please stay healthy AD.

Don’t know what type of new moves The Beard has whipped up in the off-season, but I think having Mister Westbrook to share the ball with is going to cut down on his numbers. He may be a better basketball player in '19-'20, but his new reality is not one that leads to an MVP.

He got his ring, he got paid, and I think the best of Kawhi Leonard is in the rearview mirror.

A value play at 12-1. Philly is the favorite in the East and Joel is the leading man in their story. Simmons and Horford will get him the ball in advantageous positions where he cannot be stopped. If he can stay healthy and he finds a shooter that will keep him from being doubled, he could be MVP.

Hard for a player with almost no profile and plying his trade in Denver to win the title. Put him in New York with solid PR behind him, he’s a better bet than Embiid, but if my bubby had batsum, she’d be my zaddy.

Curious to see if his profile is elevated to his greatness now that he’s in La-La Land and not OKC or Indy. I am skeptical about how great a year he’s going to have with the Clippers – he’s already hurt, he just got paid, and there are a lot more distractions in the City of Angels than his 2 previous homes.

Fantastic player. His push for this year’s title would have been helped with a better run in the playoffs last year. Another baller who is hurt by playing for a small market team on the West Coast.

He was a monster last year; if he can ignite the Celtics to 52+ win season this year he might get a sniff.

I love this guy’s game and with Porziņģis I think the Mavs have a shot to be a real force in the league this year. If I’m going to stake a true long-shot it’s Luka for me.

Fresh out of the box he looks like a bigger, more athletic Charles Barkley. High praise indeed, but he ain’t winning the MVP. Pencil him for rookie of the year and that’s got to be good enough for now.