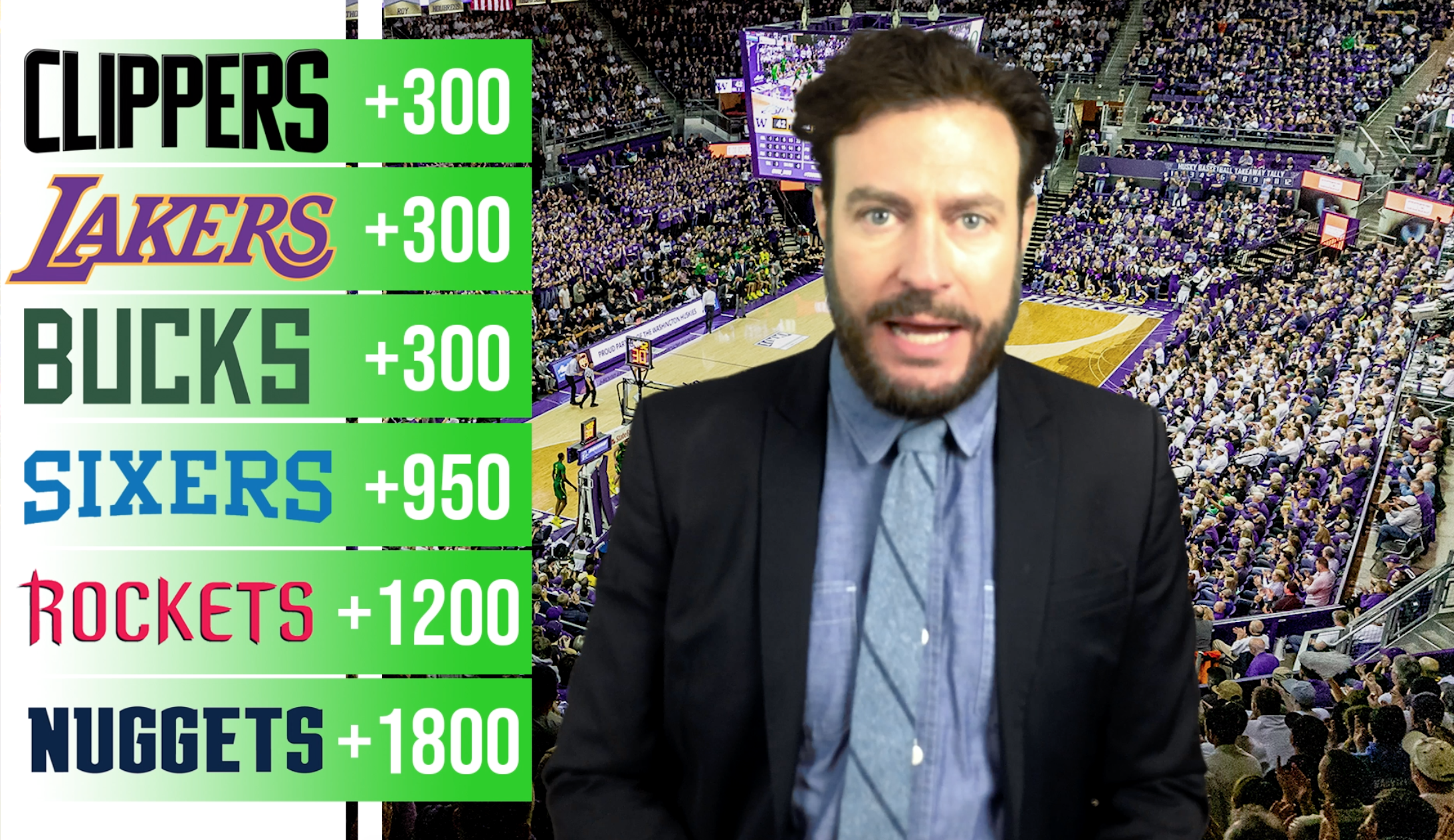 Welcome back to Zach to the Rack! This week, we are taking on NBA Futures Picks for the 2020 Title.

Who will win the 2020 NBA Title? Right now, in all books, it's a three-team race between the Clippers, the Lakers, and the Bucks. All three are at +300 to win it all. The 76ers are a distant fourth with a +950 to win - which, HEY, if they can add a shooter, could be a solid bet. They are playoff-tested, they’re hungry… BUT right now, Ben Simmons is their best 3-point shooter at 40%… and he’s 2 for 5 this season.

Houston is at + 1200 and Denver is at + 1800. Look, Chris Paul doesn’t injure his hamstring, Houston is in the Finals two years ago. The Rockets 3 point shooting is usually LETHAL come playoff time and they hoist up, what 250 threes a game? Big return on this team here. Now Denver at +1800 – that COULD be a high-payoff bet - because we all KNOW how hard it is to win in that altitude. Look for them to challenge the Clippers or Lakers, but not to win it all.

So is it worth betting the favorites at +300? The question is… injuries! How bad is ANTHONY DAVIS’ butt ? Will Load Management keep Kawhi healthy? And can the Bucks challenge the Western Conference guards without Eric Bledsoe?

Miami is a fun bet at +3000, but they’re sorta like the Jazz at +2500. Both teams are way too inconsistent…I'd rather put money on Jimmy Butler to kick T.J. Warren’s ass in the Octagon.

I totally understand why the NBA is discussing a future tournament to get the two best teams to face each other in the finals because in this case. Will the Clippers-Lakers HALLWAY Series signal what should have been the ACTUAL Finals? Or can the Bucks shock them all and bring one home to Cream City? Cream City? Weird nickname by the way.

Speaking of Conference Champions... WHO DO YOU TAKE HERE?

In the East, The Bucks are at plus 101., the Sixers are at plus 371. BUT HEAR ME OUT. DO NOT COUNT OUT THE DARK HORSE INDIANA PACERS!!! What? Are you insane Zach? NO!!! WHY???? Victor Oladipo comes back on Jan 29. With Domantas Sabonis and Malcolm Brogdon, this team could dominate the second half of the season. And the odds? +2088! That is a ballsy bet – but it could make you RICH.

In the West, the Mavericks are the team you wanna take a chance on if you’re looking to make some money. Luka has beaten every great team in the league this year, and if they stay healthy that +1088 is a lucrative return if they pull it off… Ya never know what he’s hiding in his BAG.

The Rockets are always dangerous too, and these guys could send the Clippers or Lakers packing EARLY. At +499 fear the BEARD. The Lakers and Clippers are +175 and +208 respectively, so the return won't be much... The Nuggets round out the top 5 at +873 - and ya know, GREAT TEAM, but not sure they have enough.

That wraps up our Futures Picks for the NBA. Come back next week when we talk about our NBA MVP Futures picks.