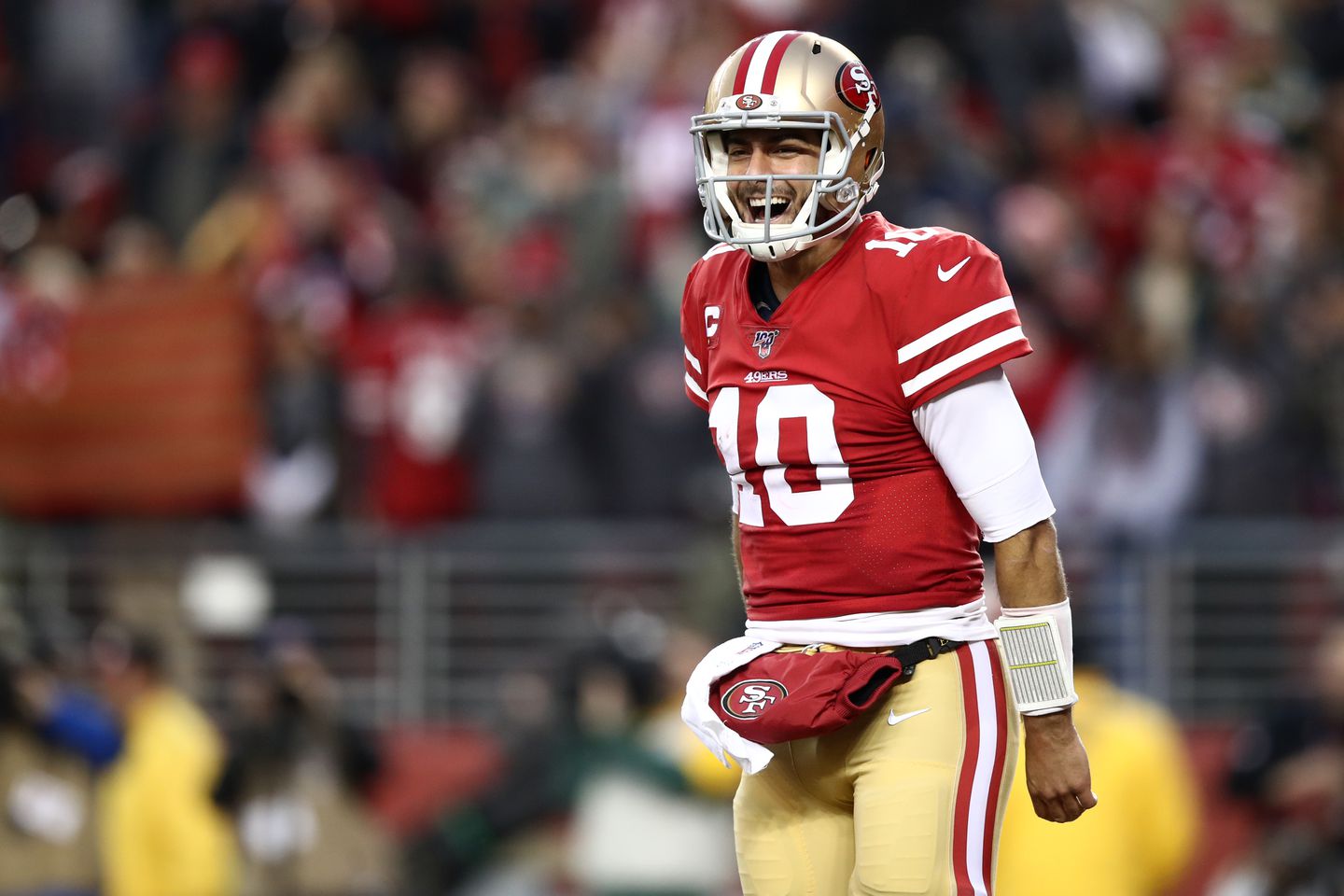 Ah, the Super Bowl – The Holy Grail, The Big Kahuna. A gambler’s dream.

The Big Game presents the opportunity to bet not only on the outcome of a game between the league’s two strongest teams but to have some fun and get weird as well. Yes, I’m talking about props.

You can bet on just about anything when it comes to the Super Bowl. From the traditional player props such as over/under on total rushing yards, to what color Gatorade the winning coach will be drenched in after the big win. It’s a bettor’s Christmas.

This year, we are fortunate enough to see two fresh teams face off in what should be a tight and exciting game. The spread is hovering around anywhere from 1-1.5, depending on the book you use. If you don’t have a strong read on the outcome of the game, fear not, because we’re going to cover some props that could leave you walking away from football season with some money in your pocket.

Welp, so much for the Chiefs resting LeSean McCoy for the playoffs. McCoy has been nowhere to be found in the Chiefs’ two playoff games, and Damien Williams has been dominating the backfield workload.

Williams has proved what he is capable of. The lingering issue with him was just the timeshare, and that appears to be over. Williams has gotten 88% of the carries for the Chiefs throughout the playoffs so far and has been targeted six times in each of their two games.

There have been six games this season where Williams has played 60% or more of snaps (including the two playoff games), and he’s scored in five of those six. He’s scored in each playoff game so far and seems to be a focal point of a red-hot offense. I’m confident Williams finds the pay dirt in this one.

There are a few narrative scripts in play for Mahomes in this game:

Mahomes sure looks like he is playing with a chip on his shoulder. After leading the Chiefs to a massive comeback over the Texans, he put the team on his back against Tennessee by using both his arm and his legs and made sure the Chiefs were not missing out on the Super Bowl again this year.

With the Chiefs playing in so many blowout games this year, it’s hard to rely on stats to tell the story on Mahomes’ passing yards. That being said, discounting the game where he left early due to injury, he has played fifteen games this season and has gone over this total in eight of them. Factor in the blowout victories where game flow pointed to the run, I like his chances on the over here.

The Chiefs are going to have to sling the ball to come away with a win in this game, and I expect Mahomes to be firing on all cylinders.

We all saw what happened last week when Mostert exploded for four touchdowns. I expect the 49ers to follow a similar game script in this one and rely heavily on the run, especially if they can grab an early lead.

Can you blame them? The Chiefs were 26th in the league this season in rushing yards allowed per game. If there is one glaring weakness, this is it, and I expect Kyle Shanahan to take full advantage.

The 49ers are averaging 44.5 rushing attempts per game in their two playoff games so far, and with an injured Tevin Coleman, I expect them to pound the rock with Mostert. At +500, I think there’s value here.

If you couldn’t tell already, I think this game will have its fair share of points. The Chiefs and 49ers ranked 2nd and 5th respectively in points per drive this season, and I expect this game to be fast-moving and high scoring.

The Chiefs, as of late, look like they are going to score every time they have the ball. The 49ers, while extremely run-heavy, are turning those runs into points and are facing a below-average run defense.

The first-half total has gone over 26.5 in three of the four playoff games these teams have played so far. I’ll continue to ride that trend, and, if these teams can each play to their strengths, I think the over in the first half hits in this one.

There have only been ten successful two-point conversion attempts in Super Bowl history. Three of those successful attempts have been by the Patriots, who are not playing in this game.

While play-callers have certainly been more aggressive in recent years, I still don’t expect either team to attempt a two-point conversion unless the game is close. Even in a tight game, it’s not a guarantee.

It’s not the most glamorous prop out there, but if you’re playing the large board it’s always nice to sprinkle in a few heavy favorites.

At some point in this game, Jimmy G is going to have to throw the ball. The best-case scenario for this bet is that the 49ers go down early and must pass to catch up.

If that happens, I like the chances of this bet cashing. Young quarterback + huge stage = mistakes to be made. The Chiefs’ pass defense, while not the best in the league, tied for 5th in the NFL in picks this season. I won’t be shocked to see them capitalize on the situation.

The way I look at this bet, you’re also betting against Garoppolo throwing a touchdown. If he doesn’t throw a TD or an INT, this bet is a push and you walk away unscathed. He’s thrown three TDs in his last five games, so I’m not looking for him to go on a TD spree here.

I’m on the Mahomes yardage over. Those yards are going somewhere, so I’m stacking it with the Kelce yardage over.

Kelce has been Mahomes’ most reliable and trusted target throughout the season, and I won’t be surprised if he leans on him heavily in the big game.

While Kelce is known to be more of a TD scorer, he did lead all NFL tight ends in receptions, first downs, and receiving yards. He averaged 76.8 yards per game throughout the regular season. And I feel safe betting on him to beat his season average on the big stage.

There aren’t a ton of stats that I can throw at you to sell you on this one. It’s just a product of what I believe will be a close game. Tight games typically end up with a team either scoring on their final drive to win the game or giving the opponent a shot to tie it up and turning it over. In the rare event of an overtime game, this also nets you a W.

If stats or trends are your thing, here’s a good one for you. Teams that scored last are 13-1 in the last 14 Super Bowls.

If you’re banking on this game being close like I am, I’d take a chance on this one.

All right, time for a few Hail Marys. The over/under on this game is currently sitting at 54. Vegas predicts about six touchdowns to be scored in this game.

Williams, Kelce, Mostert, and Kittle all provide the best odds for anytime TD scorers. At +1500, I think this is a great value. Yes, a lot must happen for this to cash. But think about it this way – you’re taking the two most likely scorers from each team in what we expect to be a very high-scoring game. Crazier things have happened, right?

This could provide a chance to right all potential wrongs of the night and leave you walking out of your Super Bowl party with your chest puffed out and money in your account.

This one is a bit of a hedge against the last Hail Mary but gives you the chance to root for just about anyone scoring a touchdown. Watkins and Samuel are the boom or bust options for each of their teams. They both provide that big play explosiveness and can score in the blink of an eye.

Watkins was heavily involved in the Chiefs’ AFC Title Game, going for 7 receptions, 114 yards, and a touchdown. Samuel plays on 79% of offensive snaps for the 49ers and, with Tevin Coleman injured, you may see him get a few carries mixed in.

It’s definitely a long shot given the volatility of both of these guys. But if they both boom in the bright lights, don’t end up kicking yourself for not benefiting from it.