The Undertaker: Top 3 Under of the Week 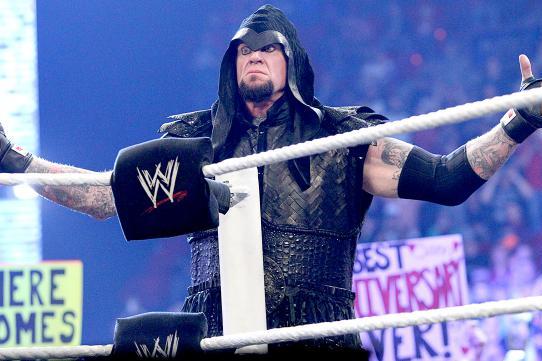 “I'm here to bury your bookie.”

Are the 3 top unders for this weekend according to The Undertaker:

PSU is 3-2 to the under this year while Iowa is 4-1 to the under. And PSU and Iowa have played a combined four BIG 10 games and all four have gone under thus far this year. Iowa is one of the toughest places to play in the country and the toughest opponent PSU will face to date.

Iowa is coming home after a low-scoring defensive battle in which they lost @ Michigan 10-3. PSU and Iowa rank 4th (240) and 5th (254) best in the country in YPG allowed and 2nd (7) and 3rd (9) in PPG allowed. Both of these teams thus far have usually played opponents with poor defensives.

This will be a carbon copy of the game we saw Iowa play at Michigan, a low-scoring classic defensive big 10 battle where first to 17 wins this game.

Wisco is 3-2 to the under this year while MSU is 3-3 to the under. The under is 2-3 in the combined 5 conference games these two have played. However, when MSU played the best defense they have faced to date on the road last week (OSU), OSU held them to 10 points and only 285 yards.

Their schedule doesn’t get easier with a back-to-back road game traveling to Madison with the Wisconsin Badgers being 5-0 and their 4th consecutive Big Ten game while Wisconsin has not traveled in 5 straight weeks and coming off a cupcake victory at home against Kent State.

According to the Undertaker, Wisco relies heavily on their Heisman-hopeful running back Jonathan Taylor and their run game with around 35+ runs a game which keeps the clock moving all game. Both teams operate in no such hurry and rely on their offenses to get out to an early lead and milk the clock with their run games and have their defenses stand tall. Expect this to be another classic BIG TEN game just like the game MSU played at OSU last week.

Also, Baylor has been a team on the rise, although 5-0 on the season, the first three games they failed to cover twice and barely beat a Rice team on the road as 27-point favorites. Since the first 3 games, Baylor is 2-0 in conference play, playing two close games which have gone under by a combined average of 9 points. They have relied on their defense in both games not allowing more than 21 points in either and only allowing a total of 6 points combined through the first three-quarters of each conference win.

Texas Tech, on the other hand, has had a different style of play in their two conference games going over both. One of the games they played arguably the best offense in CFB in Oklahoma on the road where they allowed 55 points, safe to say the Baylor offense is not comparable to the Oklahoma offense.

Texas Tech is coming off of a 10-point home underdog upset against ranked Oklahoma State where they opened the game to a 20-0 lead and the game was a shootout the rest of the way. I expect this to be more of a letdown game for Texas Tech and Baylor to have their way with yet another conference opponent limiting their offensive production, move to 3-0 in the conference and continue to climb up the ranks.