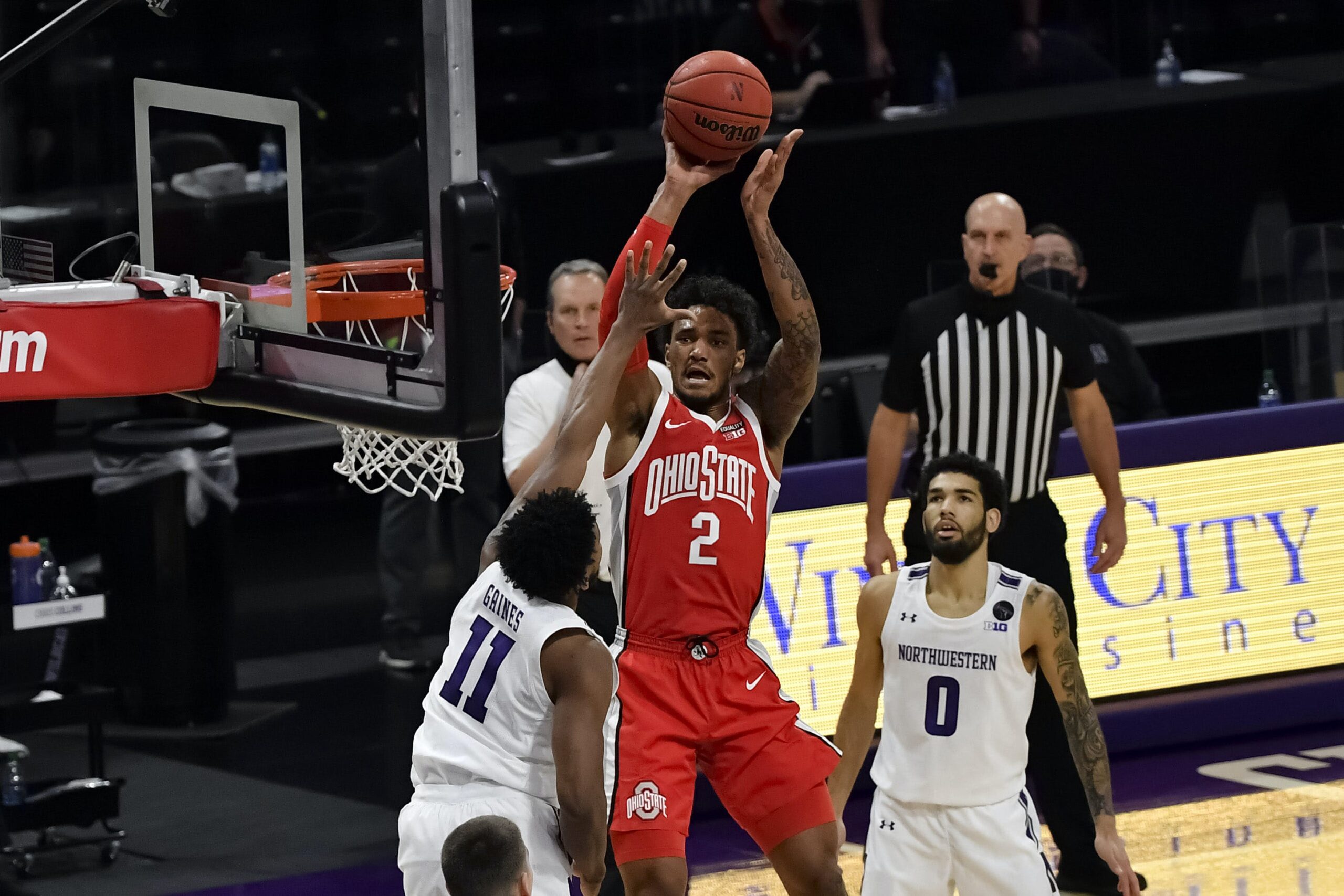 A nice little Hump Day slate that we have in front of us here. And you know I’m starting right in the Big Ten: We have a battle between Northwestern and 21st-ranked Ohio State.

What I like a lot about this game is that we’ve reached the point where teams are playing each other for a second time. It makes me excited that we’re at this point in the season because it means we’re getting closer to the Big Dance. But at the same time, I can’t believe we’re this far into the season already. Been a wild ride so far.

Anyway, what I like about this repeat matchup, in particular, is that we have a revenge game on our hands! If you follow my picks, you’ll remember that I picked Northwestern to not only cover as home dogs against Ohio State a few weeks ago but also suggested a moneyline play (humble brag alert).

Well, now it’s time for them to hit the road and walk into Ohio State’s house for a little beatdown. If you don’t think OSU has had this game circled on their calendar ever since, you’re crazy. They come into this one as 7.5-point favorites and I expect them to cover it fairly easily.

Beyond just the revenge game narrative, Ohio State is also still recovering from an embarrassing 17-point loss to Minnesota last Sunday. They bounced back with a nice 11-point win over favored Rutgers over the weekend, but I don’t think they’re done trying to prove their point. Is it possible they just aren’t that good of a team? Of course, but they are 7-5 ATS this season, 4-2 ATS at home, and I think there have been just a few blips in the road.

Now let’s take a look at Northwestern. I might have mushed them when I picked them a few weeks ago to beat Ohio State. Since that game, they have lost their last three games by 15, 19, and 25 points. They have gone ice cold and have been getting stomped on by the Big Ten. This cold streak combined with the revenge game narrative has me all over Ohio State.

Pick #2 today comes from Starkville, Mississippi, where we have the Bulldogs taking on the Aggies.

It’s time to root for some points! In looking through some data for this game, a few things jumped out immediately. The first thing was that the over is 8-4 in games that Mississippi State has played in this season. Impressive. The second is that it’s 2-8 in games that Texas A&M has played in. Buzz your girlfriend! WOOF!

Now how can we possibly bet an over here when you have A&M playing? Well, after looking a little bit deeper into it, I’ve found that it’s not as bad as it seems. The Aggies have played in some really tight over/under totals this season. Three of those eight games that went under were by three points or less. A few different bounces go the other way and we’re looking at a .500 record in over/unders this year.

Of course, that doesn’t tell the whole story. This season, Texas A&M has allowed 65.3 points per game to opponents, which makes them the 51st best defensive team in the country. However, over their last three games, they have allowed 70.7 points per. The issue with them is going to be scoring the ball.

Enter Mississippi State, who is allowing 66.9 points per game this season. Taking a look at their more recent trends, that number is up to 74 points per contest over their last three, including 81 points in their last game against Vanderbilt. The over has hit in their last four games, and I think it can get to five games tonight.

All eyes are on the Aggies for me in this one. If they can score in the 60-65-point range, I think we cover this one. Our TomBox tool has them dropping 63 tonight, which puts us in good shape.