2021 NCAA Tournament Preview: How to Bet the West Region 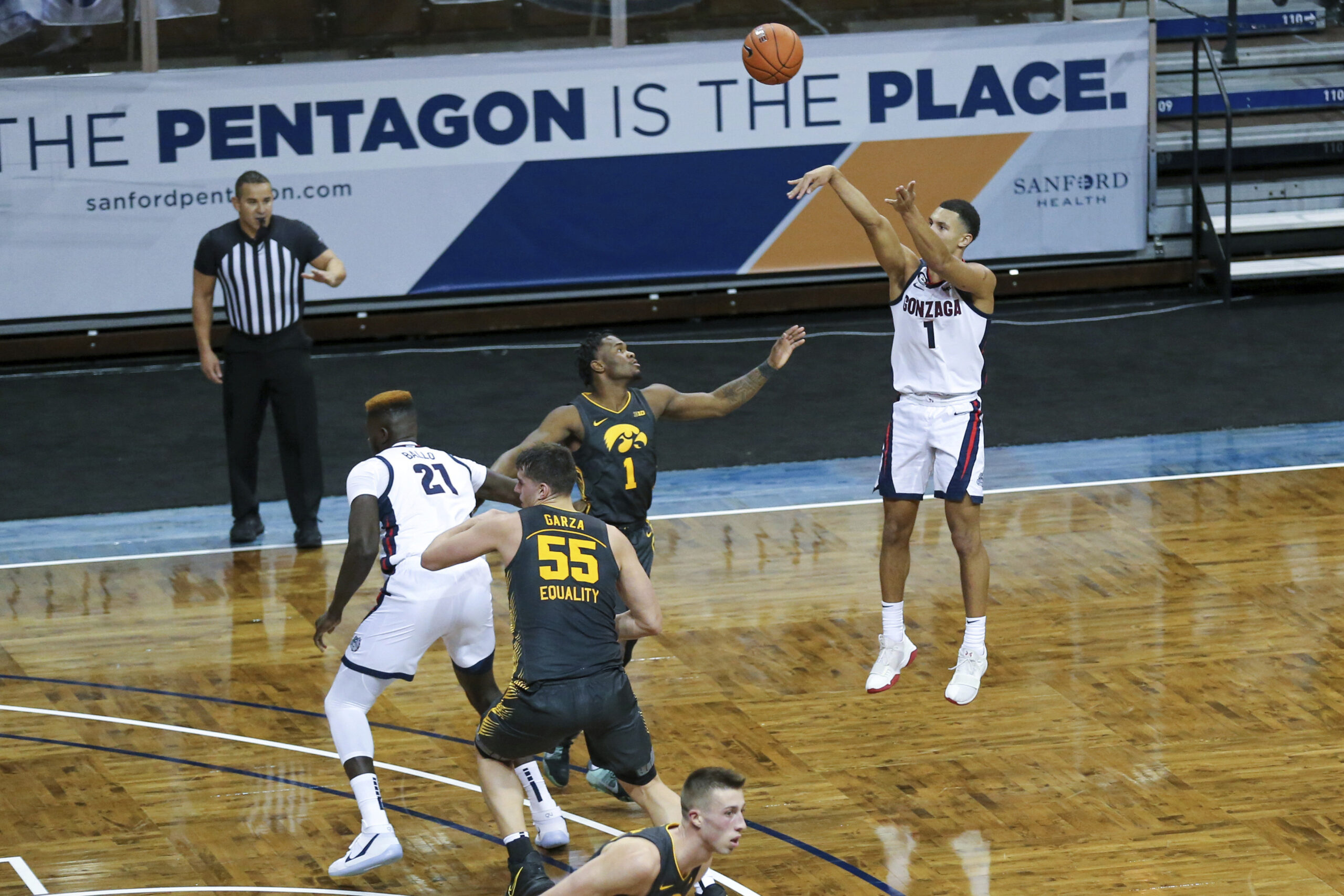 The Odds Factory is here all tournament long with our 2021 March Madness Betting Guide, to offer you the best picks, sportsbook promotions, and how-to-articles to make you a better bettor (say that ten times fast) during this tournament.

Today, we’ll be breaking down the West Region of the NCAA Tournament and helping you pick winners, dark horses, and potential Cinderella teams to win big on.

Before you place any bet, make sure you the unbelievable sign-up deal that we’ve partnered with PointsBet to provide for you today. Now through the end of the tournament, if you sign up through this link, use promo code TOF150, and bet $20 on any NCAA tournament spread or moneyline, you’ll get $150 in free bets if any point is scored during the game. Like any point at all. We’re literally giving away free money so stop being a moron and sign up today.

Let’s take a look at the current odds to make it to the Final Four from FanDuel across the entire tournament. West teams are boxed and highlighted.

No surprise here, but undefeated and top-ranked Gonzaga remains the odds-on favorite to win the West Region and across the entire NCAA tournament. And for good reason – the Bulldogs came into the season with higher expectations than Tenet and have exceeded them at every turn (unlike Tenet). They’re nearly impossible to stop on the offensive end. And they boast one of the most balanced attacks in recent memory with 4 stars who have legitimate All-American cases. The only way to find a foursome better than Jalen Suggs, Corey Kispert, Drew Timme, and Joel Ayayi would be in the Ryder Cup or by browsing an adult video site that I’ll get fired if I link to. Mark Few’s team has been blowing opponents out all season, which actually….might be the problem.

Outside of a slow start against BYU in the conference championship, Gonzaga hasn’t really been tested since early December against WVU, a game they still ended up winning by 5. What will happen if things go wrong early and they’re forced to play from behind? There’s a reason that no one has gone undefeated for an entire season since 1976 (which is literally before everything bagels were invented!) Anything can happen in college basketball. And it’s very hard to keep your focus night in and night out, especially when you’re taking every team’s best shot.

If Gonzaga falls, the team that will do it is Iowa. Led by their senior center Luke Garza, one of the favorites for national Player of the Year, the Hawkeyes are well-deserving of their #2 seed, despite falling in the Big Ten Semifinals. The only concern is that the bottom of the bracket is absolutely loaded. And the Hawkeyes will most likely have to take down a strong Kansas team and dangerous USC squad, not to mention the winner of VCU/Oregon, either of whom will be scrappy.

I’m crazy, but I’m not that crazy and I’m done getting cute with my picks. I’m taking Gonzaga to make it out of the West Region and putting a nice future on them winning the NCAA national championship tournament.

I love the Trojans here and it’s really for one reason – freshman 7-footer Evan Mobley, who is what we call in the biz, a Grown Ass Man. He’s a projected top-3 pick in the upcoming draft. And he’s been carrying this Trojans squad for most of the year. He has gone for 26, 9, and at least 2 blocks in both his last PAC-12 games. And expect him to continue his hot streak. Most teams don’t face a guy like this during the year, and he'll be a certified problem in the paint.

In college basketball, one dominant player can really swing a game. This year, I’m putting my money on Mobley being that guy.

Ohio is a hot upset pick in their first-round matchup against 4th-seeded Virginia, mainly due to the fact that most of UVA’s team is in COVID protocol until the day before tip-off and will have to shake off some rust before the game. That’s a totally legitimate reason to bet on Ohio, but I don’t think that gives them enough credit. COVID aside, the Bobcats are actually pretty goddamn good.

Junior guard Jason Preston puts up 16, 6, and 7 a night on 53% shooting and can be the best player on the floor in almost any matchup. While their D isn’t great, the Bobcats can shoot the hell out of the ball and put up 80+ a night. Though they come from a smaller conference best known for Tuesday night football (the MAC), they’ve played solid competition this year. And they nearly knocked off Illinois in November, eventually losing by two points. If they can catch UVA slipping, they’re more than capable of knocking off an overrated Creighton team and finding themselves in the Sweet Sixteen.

Let’s get to the important stuff – how to make money. Here are my top 3 bets for first round action. Do yourself a favor and follow suit.

I’m betting on VCU being fired up after falling to St. Bonaventure in the A-10 finals and ready to ride the anger from their post-game scuffle into their matchup against Oregon. VCU’s high-energy defense is capable of shutting anyone down. And I don’t see the Ducks being able to handle it for the whole 40 minutes.

I love this matchup, mainly because I’m a big fan of Oklahoma and Austin Reaves, their guard who pours in 17.5 a night to go along with 5.7 rebounds and 4.9 assists. The Sooners also have three other starters who score in double figures as well. Missouri is a solid team as well, who scores 74 PPG during the season. Hammer the over here and expect a little bit of a shootout late.

UC Santa Barbara is really only in this tournament because they won the Big West title. But I have a feeling about these guys. They’ve won 9 of 10, while Georgetown just humiliated Creighton in the Big East final. I get that teams have bad games, but they looked just flat-out awful. I can’t in good conscience put the money I don’t have on these posers – it wouldn’t be fiscally responsible.

previous
Zach to the Rack NBA Picks For Monday 3/15/2021
next
2021 NCAA Tournament Preview: How to Bet the Midwest Region