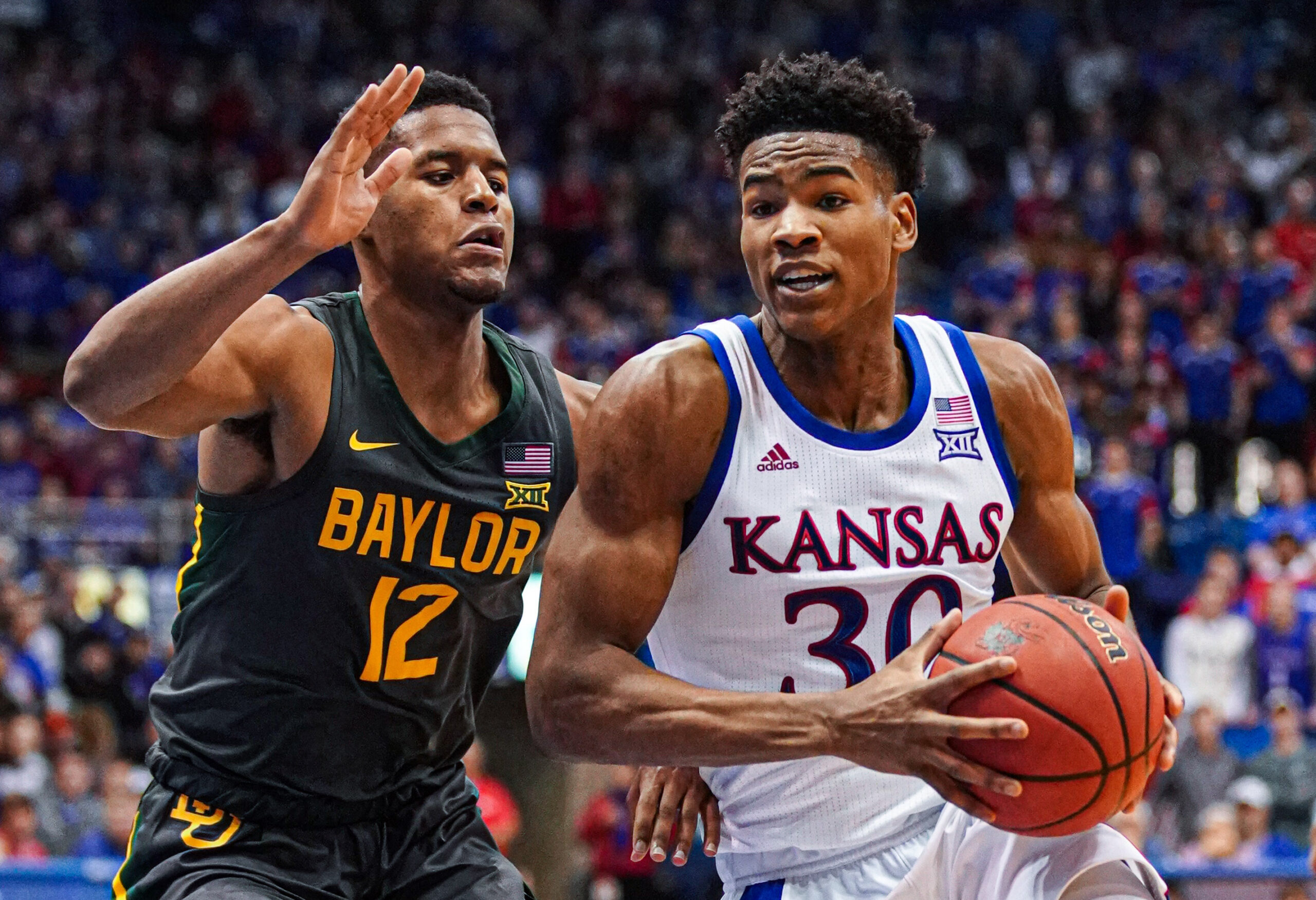 After a long season marked by COVID protocols and 70-year-old coaches chewing out well-meaning student reporters, we’ve made it to tournament time. We’ll be covering the conference tournament action all week long at The Odds Factory, helping you figure out how to blow your hard-earned money before March Madness kicks off next week.

Without further ado, let’s dive into the tournament for the Big 12 Conference, which realistically should be called the “Small-to-Medium 10,” since it only has 10 teams, which is actually pretty small for a conference in Division I basketball (most have 11-12 teams). I guess it’s not as bad as the Big Ten, which has 14 teams (!) but I digress. Let’s get into the bracket and help you figure out how to bet this week.

Here’s what our friends at FanDuel have to say about this week’s tournament:

No surprise here, but Baylor is the heavy favorite to come away with the Big 12 Tournament title. The hype with Baylor is very real – the #2 team in the country has only lost once. And that was to a strong Kansas team in the Bears’ first game back from a long COVID pause. It has taken them some time to shake off their post-COVID rust, but they’ve rounded back into form and have started to blow the doors off teams again, including a 88-73 thrashing of Texas Tech, where they shot an insane 64% from the three-point line.

Led by Jared Butler (17 PPG, 5 APG, 2 SPG) and a four-guard lineup, this team is about as deep as they come and have had 5 players score in double figures their last 3 games. If their three-pointers are falling, they’re almost impossible to beat and should make it out of the tournament unscathed.

The looming threats to Baylor are Kansas and West Virginia, who might have the best shot of knocking them off. They took Baylor to overtime last week before fading in the extra period, but have beaten a ton of good teams and were the only team to lose to Gonzaga by single digits (an absolutely bonkers stat). If they get a big scoring game out of McBride, Sherman, or McNeil, they can give Baylor trouble in the second round.

I love Kansas, but hate that David McCormack will be out for the entire Big 12 Tournament due to COVID-19 protocol. He’s arguably their best player and the leader on the 19-8 squad that has five scorers averaging double figures every night. Ochai Agbaji will step up in his absence, but I don’t think they have enough firepower to take down the Bears.

Realistically, don’t be a jackass and overthink it here. Take Baylor to win it all and go into March Madness a rich man.

The Big 12 might be the deepest league in the country. Baylor is the clear favorite, but the 2-7 seeds are separated by just 2.5 games and all individually ranked in the top 25 nationwide. There’s a lot of teams who could – excuse the expression – fuck around and make this interesting.

5-seed Oklahoma State is red-hot and led the Big 12 Player of the Year, Cade Cunningham. Considered by many to be the #1 pick in next year’s draft, Cunningham led the conference in scoring (19.7 PPG) and is capable of going off for 40+ on any night, like he did against Oklahoma. However, his injury status is questionable (along with arguably their second-best player, Isaac Likekele) for the tournament. If both these guys can suit up, they can easily knock off West Virginia and give Baylor trouble. But if they have to sit out, they’re due for a quick exit in the first round.

Keep an eye on 7-seed Oklahoma, a team that’s been slumping as of late but is capable of playing very good basketball. I really like Austin Reaves, their guard who pours in 17.5 a night to go along with 5.7 rebounds and 4.9 assists, and they have three other starters who score in double figures as well. They’ve lost 4 straight, but the last 3 have all been within 4 points, including an OT loss to Oklahoma State and a 69-65 nailbiter against 3-seed Texas. I’d be more than happy to put a nice little hedge on the Sooners to surprise some people and make it deep in this tournament.

What’s On the Line?

As it stands, the top 7 teams are all locks to make the tournament, while the bottom 3 (TCU, Kansas State, Iowa State) could really only make it by winning the entire bracket. The real stakes over the next few days will be seeding for March Madness.

Baylor is almost guaranteed a 1-seed on Selection Sunday, but the remaining 6 teams are a bit up in the air. West Virginia and Kansas are looking like 3-seeds that could slide down to 4s with a bad loss but up to 2s if they play well or even win the Big 12 Tournament (particularly Kansas, who could impress voters if they win without McCormack).

The team with the most on the line has to be Oklahoma or Texas Tech. We just covered Oklahoma, but they can swing from a 5 to 8-seed depending on their performance this weekend. The same can be said for Texas Tech, who faces a tough matchup against a #3 seeded Texas team, who they upset in January. The Red Raiders lost to Baylor on Sunday, but before that, had won 3 straight thanks to their absolutely electric Mac McClung, who’s averaging 16.6 PPG and has straight ice in his veins.

If Texas Tech can knock off Texas again AND Kansas, they’ll shoot up to a 4-seed come Selection Sunday.

Make sure to check out all of our other Conference Tournament Previews. Get excited for this big week of college basketball, and as always, make sure you’re checking in with our TomBox betting algorithm to see what the data says before making your picks.