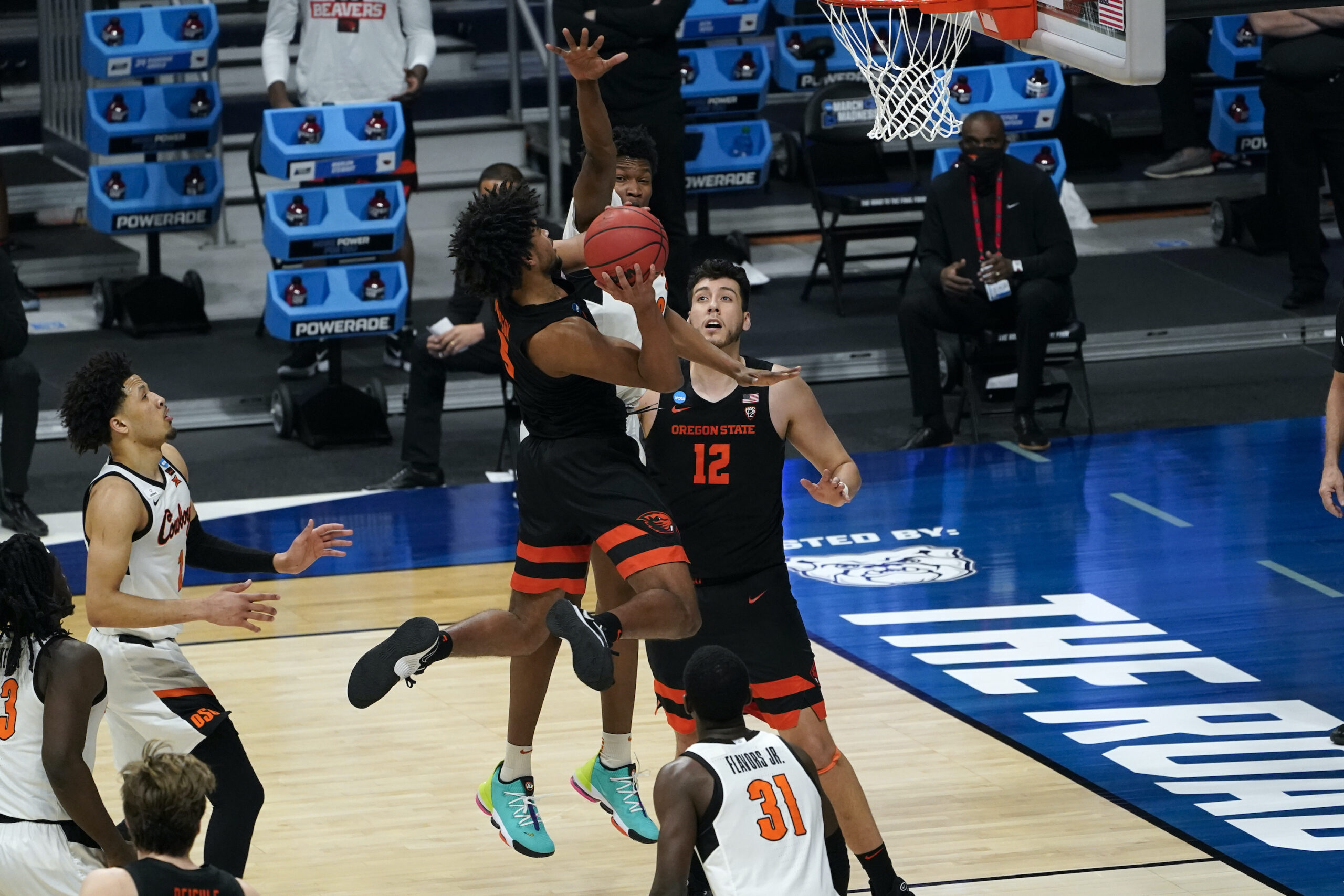 Once again, after a wild opening two rounds of March Madness, not a single perfect bracket remains across all of America. In fact, there has only been 1 recorded bracket in HISTORY that survived until the Sweet Sixteen, and that’s from an Ohio man in 2019, who was perfect through 49 games before he got busted. One day, someone will make a perfect bracket, the Internet will go nuts, and they’ll make some movie about it that’s either the corniest thing ever or surprisingly awesome. That day is not today, and honestly, that’s okay. Brackets are kind of dumb anyway and have more to do with luck than anything else.

March Madness: The Biggest Gambling Event of the Year

Luckily, we have something more exciting than a dumb office pool that Sally from accounting wins after she picks teams based on the color of their uniforms. It’s called actual betting. Thanks in part to the widespread legalization of betting and a growing frustration with brackets, Forbes estimated before the tournament that, compared to 2019, the number of Americans filling out brackets (36.7 million) was down 8% while those placing traditional bets (31 million) was up 72%. I wouldn’t be surprised if the number of traditional bets eclipsed brackets in 2022, and it’s easy to see why.

March Madness, particularly the opening two rounds, is a gambler’s wet dream. It’s the perfect combination of quantity of betting opportunities – with games going on at pretty much all hours of the day – and quality gambling options – from insane parlay combinations to massive spreads to favorable future odds that you can take for a variety of teams.

This year, tournament betting is off to a crazy start, as the sportsbooks have made off like bandits with an estimated $85 billion wagered online. Thanks to underdogs going 28-15 against the spread in the first 43 games, books are also averaging around an 11% win rate over the weekend (an average rate is closer to 5 or 6%). All in all, PointsBet has reported that the total amount bet during the first three days, was three times as much as was bet during the Super Bowl.

So, yeah. People are going nuts this time of year, and we’re here to celebrate that. Let’s dive into some of the biggest wagers, toughest losses, and most insane wins from the first two rounds of March Madness this year.

If you’re sick of spending hours slaving over a bracket just to see it get destroyed in one weekend, then betting futures are a nice middle ground. You get the opportunity to put dollars behind teams you really believe in (vs. having to figure out the entire bracket), and you generally get strong odds.

Here are some of the biggest March Madness futures wagers reported across the books (courtesy of Sports Betting Dime).

From these biggest March Madness futures bets, just the Creighton and Michigan wagers remain, but that’s the game. You gotta tip the cap to the bettors who have the balls (or bankroll) to lay down that much coin. That guy who bet on Ohio State has to quit gambling forever right? I mean $100,000 would literally change my life right now, and he’s blowing it on a team that lost to a blowjob school. And I wish I could say that the wrong people are rich, but I would do the exact same thing if I had the coin to wager.

I do have to respect the Winthrop bet. $500 really isn’t that much to bet, and for a $125,000 payout? Absolute no-brainer. You’d kick yourself if they won the tournament and you didn’t have the balls to place that bet.

The opening weekend of tournament action is peak parlay time, period. There’s no greater rush than putting together an insane parlay on every game that day and imagining yourself as the next Parlay Patz (minus the threatening athletes over social media) if it hits.

There were definitely some crazy parlays last weekend, including this 10-cent parlay to win $47 BILLION that unfortunately did not pay out. I wonder how long it would’ve taken DraftKings to actually pay that one out.

However, the biggest winner of the weekend was Eli Sawaged, a 29-year-old in Colorado, who went viral this weekend after turning a $10 parlay in $33,000. Here’s what he bet on:

According to Sawaged, after Houston came from behind to beat Rutgers, the cash-out offer from DraftKing was at $23k, which he refused to accept. He’s a stronger man than I am. But it paid off when the Beavers pulled it out late in the second half. He had to be sweating that entire time that Oklahoma State was looking like it might come back.

This celebration was…shockingly tame? Don’t want to shit on the guy, but come on man. You just won $33k and choose to do what basically amounts to a TikTok dance? Grow up.

Then we have the standard, single-game wagers, which people went absolutely batshit crazy on, including this ridiculous $330k Alabama -5 bet that netted the winner $300k when they beat Maryland 96-77.

Here are some other crazy bets:

Hopefully, this breakdown of the biggest March Madness wagers this year inspired you to get out there and bet the house this weekend instead of scaring the shit out of you. Either way, go make yourself a better bettor and check out our March Madness guide to help you bet the Sweet Sixteen and beyond.