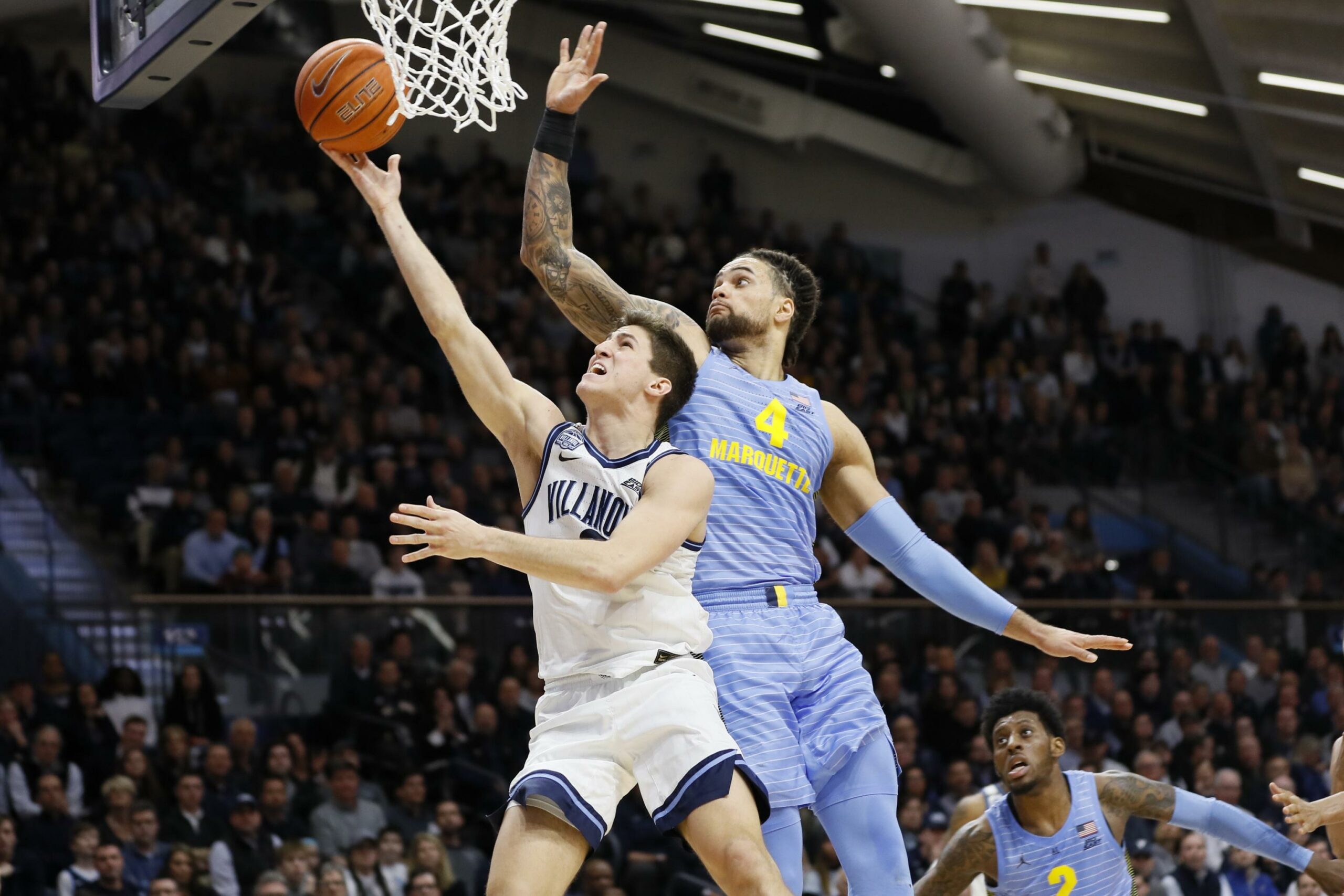 While much of your Twitter and Instagram feeds may be filled with hype that the NBA season is starting today, we quietly have a nice slate of college basketball in front of us, and I’m particularly looking forward to this showdown in the Big East.

7-1 Villanova heads to Milwaukee to take on a 5-4 Marquette team where they are favored by four points.

Villanova has gotten off to a very strong start this season and find themselves ranked fifth in the country. They are coming in especially hot to this one, winning each of their last three games by double digits (13, 19, and 20 respectively).

One of the main reasons I’m leaning towards the Wildcats tonight is because of their performance in their first two games against Big East opponents. They have faced Georgetown and Butler, where they were 12-point and 12.5-point favorites, respectively. They walked away with wins and covers after winning by 13 and 19 points, respectively.

Are those the most difficult opponents? No. But I always like to see how teams come out and perform in conference play to start the season. While they may not have been the toughest games, they didn’t look past them and showed up to take care of business.

They will face a tougher test tonight in a road game where they are only favored by four, but I expect them to keep the cover train rolling.

If the early Big East college basketball performance isn’t enough to draw you in, let’s take a look at their past five games. They’ve covered four of those five by an average of 4.5 points, including a big win over Texas. The only game they didn’t cover in that span was the most recent one against Saint Joseph’s, where they were 21.5 favorites and won by 20. I’m not too worried about that one.

I expect Villanova to walk out of Wisconsin having covered tonight.

We’re going to the Mountain West!!

Damn, I missed college basketball! There’s nothing quite like betting a game out West with a 10pm EST tip. You’re refreshing a game that may not even have play-by-play updates, your girlfriend is questioning her decisions, life is good.

What’s even more exciting is that I’m playing the under in this one tonight. We’re back to rooting for long possessions and missed long-twos, baby! (And if you need some tips on how to bet on game totals in this unique season, check out my College Basketball Preview.)

The sample size so far this season is small, no doubt. However, we can absolutely use the information that we’ve gathered already to make informed decisions.

The Over/Under Based On That Small Sample Size

These teams have played a combined seven games this season. Again, small sample size I know. But in those seven games, the under is 6-1. The only over win came in a matchup between Boise State and BYU, where it hit by 1.5 points.

In the two games that New Mexico has played this season, the games have gone under by 17.5 points and 9.5 points. In the four Boise State games where the under hit, it hit by an average of 10.8 points.

What we can take away from the early portion of the season is that these teams just don’t score a ton of points, and now they get to play each other!

I’m not quite sure why this total is still this high for tonight, so I’m grabbing this line now and will be up at midnight counting my money with all of you.