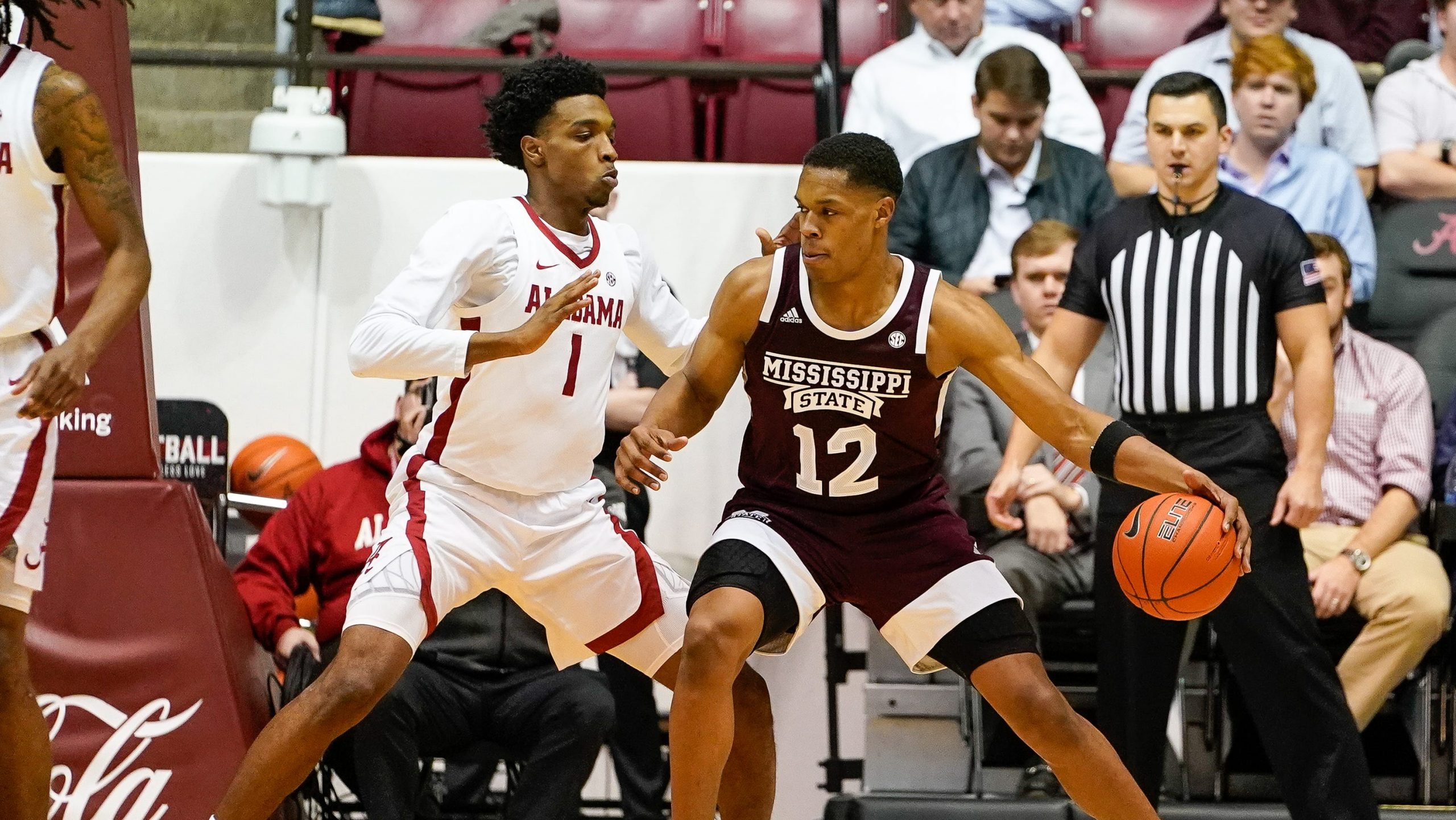 Not so bad for a Monday! If you took my picks yesterday, you made yourself some money. We're now on a hot streak, going 6-0 with. Make sure to follow along on Twitter @Lobo___Grande for real-time reactions and updates. Now onto today's slate of college basketball picks.

This is arguably the most important game on the college basketball slate tonight, with both of these teams fighting for their tournament hopes. Alabama heads on the road to face a Mississippi State team that is one of the First Four Out according to Joe Lunardi’s latest Bracketology. Alabama is also trying to claw their way in, listed as one of the Last Four Out.

Also, Alabama has been a menace against the spread this season. I’ve taken them a few times over the past few weeks, and, if you’ve followed along, you’ve likely made some cash in the process. They are the 6th best team in the nation against the spread, going 19-8.

I think they can add to that positive record tonight, and there are a few trends that back that up. First, this is an away game for the Crimson Tide, where they are 11-3 this season. They are also coming into this one hot, covering four out of their last five. And finally, they are 10-4 against the spread in conference games this year. The team just covers.

Given the importance of this game, it also figures to be a pretty tight one. I wouldn’t be surprised if it came down to the final possession. In that scenario, I’ll almost always take the points. Given Bama’s track record against the spread this year, I’ll definitely be taking the points.

Ah, a battle of the great state of North Carolina. One team a tournament hopeful, the other a disappointment.

One thing both of these teams have in common is their track record of hitting unders this season. NC State is 17-10 on unders this season, and UNC is 16-10-1. It’s a little bit odd that both of them are so good against the under because neither team is particularly strong defensively. NC State is tied for 162nd in the nation in team defense, and North Carolina is tied for 227th.

These teams did face off earlier in the season, and the total went under by 9 points. Neither team has shown me anything since then that makes me think that this result can be any different. At one point not long ago, NC State went under in eight straight games. While North Carolina doesn’t have a streak quite as big, their record speaks for itself.

Each of these squads is coming into this one off an EASY under. NC State went under in their last game by 19 points against FSU, and UNC went under by 18 against Louisville.

One thing I always take into consideration when betting an under is if there are any players that can single-handedly ruin it for you. Your Myles Powell’s and Markus Howard’s of the world. Neither team here has a guy that scares me too much. Nobody on either team is averaging more than 20 points per game.

In what is a meaningful college basketball game for NC State, I think they step up on the road and control the pace. All aboard the under train on this one!