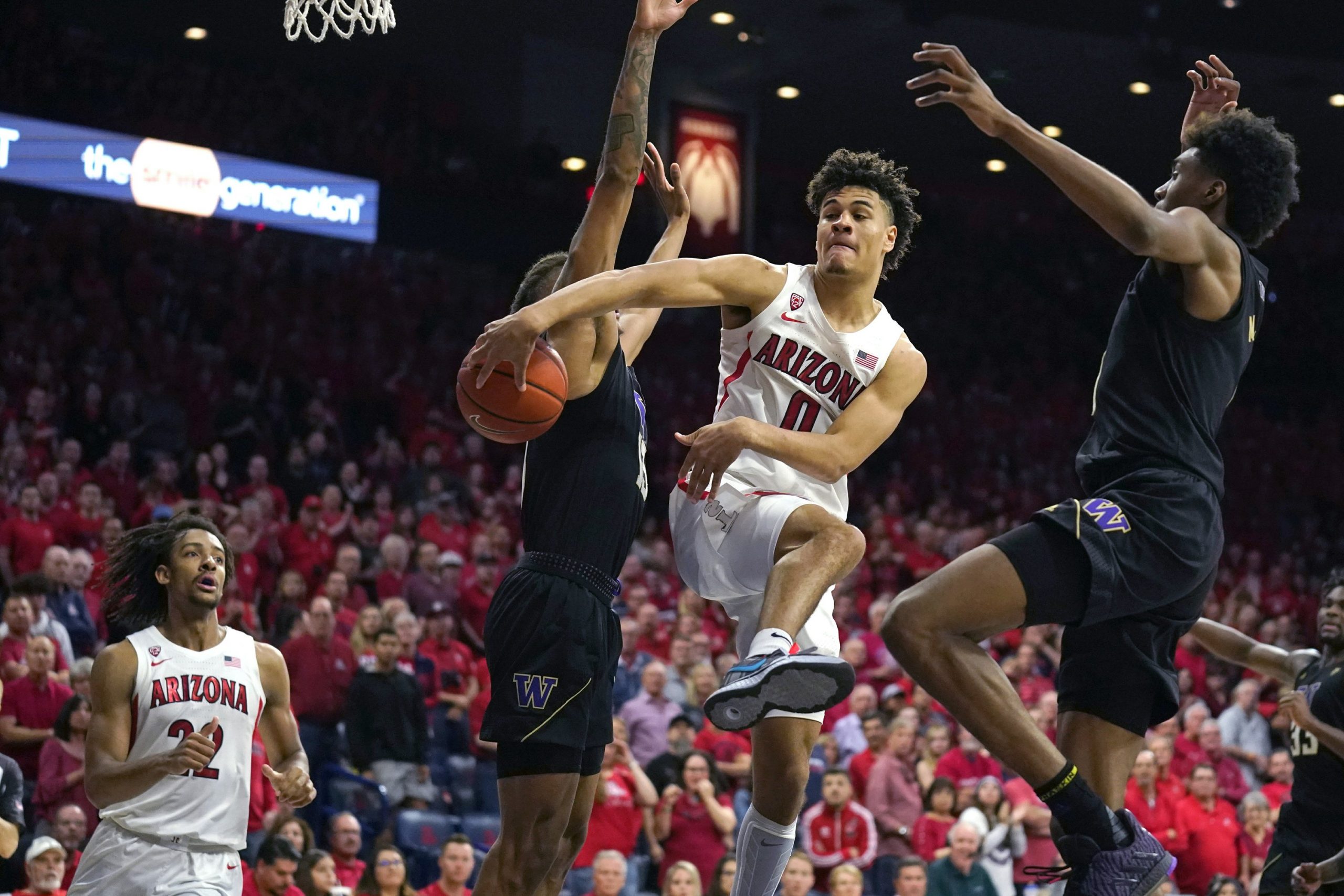 The Pac-12 Tournament kicks off tonight with a matchup of the 5th-seeded Arizona Wildcats and the 12th-seeded Washington Huskies. These two teams faced off just four days ago in the last game of the NCAA college basketball regular season, and it ended in surprising fashion with Washington, 10.5-point underdogs, winning the game outright.

While Washington’s season is 99% over, they are clearly not giving in and are looking to play spoiler where they can. Despite that, I am rolling with Arizona tonight since this game is incredibly meaningful for them. They are currently slated as an 8-seed for the Big Dance, and a loss in this one would be absolutely crucial. They have dropped four out of their last five games and can get bounced from the bracket altogether with a loss tonight.

Arizona hasn’t been the strongest team this season, but they have been the superior team of these two. They have an above .500 record against the spread. And even though they lost their most recent matchup against Washington, they did beat them the first time around.

To me, this should be a classic case of a better team just taking care of business. While a loss could certainly eliminate their chances of making the NCAA college basketball tournament, a win should securely punch their ticket. They rely heavily on their two freshman – Zeke Nnaji and Nico Mannion, who are getting their first real taste of meaningful March basketball. I expect them to come out tonight and try to make a statement in what should be a comfortable win for them.

Can the Wildcats step up and take care of this one? I think the answer is yes.

My second pick today comes from the first game of the Big Ten Tournament. The tournament kicks off with a matchup of 12th-seeded Minnesota taking on 13th-seeded Northwestern. Minnesota, who once had tournament hopes, finished the regular season losing six out of their last eight and skidding into postseason play.

This game may be meaningless by most accounts, but there is a betting play that I like in this one. I’m riding the over tonight here. This pick comes down mostly to recent performance. Despite their poor overall records to end the season, their records on hitting overs have been great. Northwestern went over in five out of their last six to close the season, and Minnesota closed the season out going over in their last five.

One of those games was against each other, which went over by a comfortable eight points. In the game they played earlier this season, the total went over by 9.5 points. I can see this trend continuing tonight.

So I expect a lot of the weight to be pulled by Minnesota in this one. I mentioned that their last five games of the season all went over the point total. They weren’t just sneaking over the total; they went over by an average of 14.3 points per game. And they are averaging 79.8 points per game over that span and allowing 69.8 points per game. If those trends continue, this one should go over easily.

I’m ready to turn what would otherwise be a very boring game into an exciting one by taking the over tonight. Conference tournament season is officially upon us and I for one, am giddy.