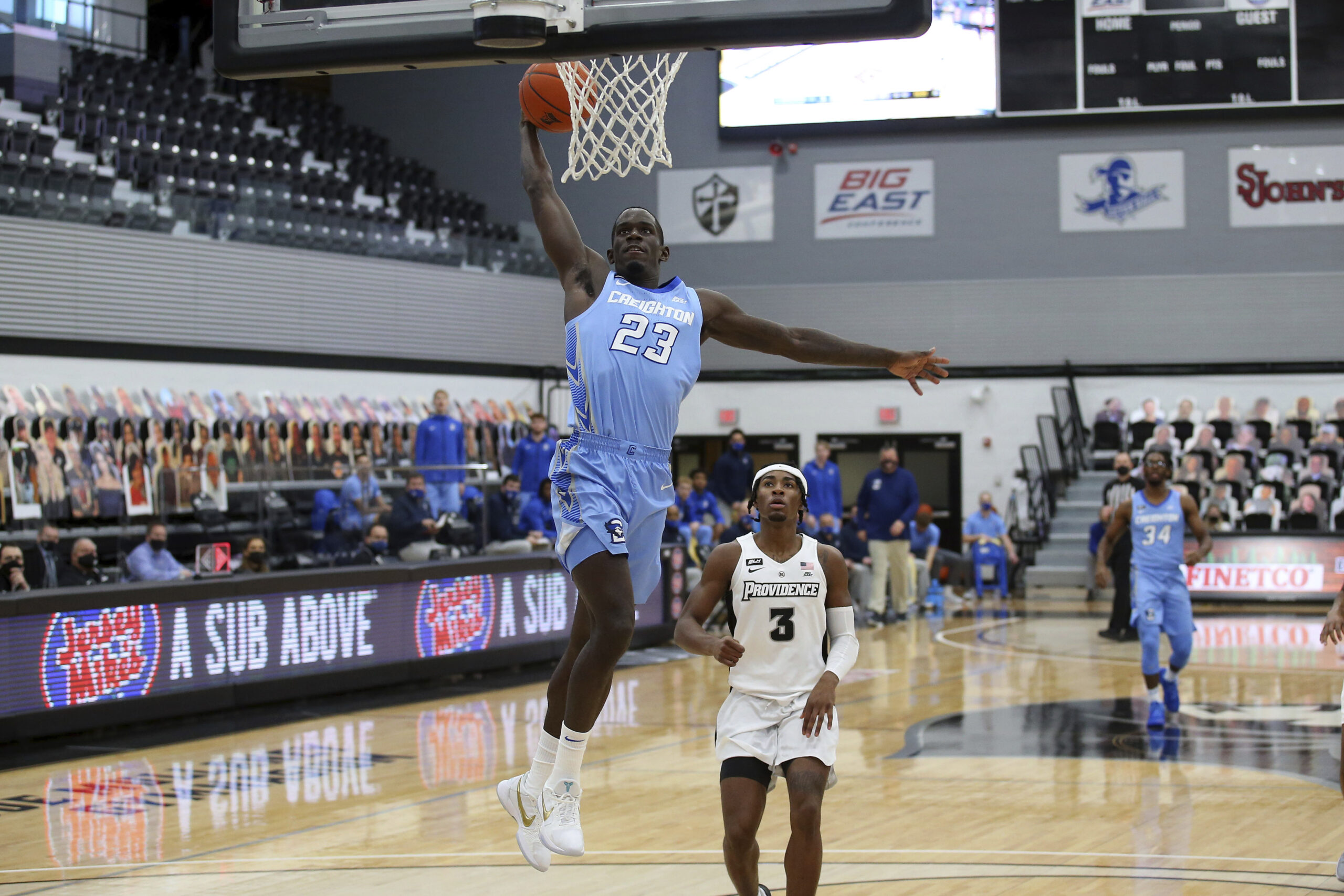 We have a “weak” NCAA college basketball slate tonight with no matchups of top-25 teams. At least that’s what a casual fan would think. These are actually some of my favorite slates to bet on. It doesn’t matter how good or bad the teams are, as long as there’s a spread, we can bet on it. Tonight, we'll focus on two matchups: the Providence Friars and Creighton Bluejays and the Tulsa Golden Hurricane and the Houston Cougars.

We’ll start the night off with some over/under action. This game features Creighton, one of the better offenses in the nation, hosting Providence.

Between these two, the over is 16-10 in their games this season. Prettay, prettay good. What also caught my eye is the home/road splits. The over has hit in five out of eight home games for Creighton this season, and in six of eight road games for the Friars.

Creighton has just been able to score the ball this year. They rank 16th in the nation in points per game with 81.9. At home, that number jumps to 86.2. If they can score in that ballpark tonight, we should be counting our money.

When I bet on over/unders, a key stat I like to look at is how many points are coming from three-pointers per game. It may seem dumb and possibly not even provide any statistical advantage, but I know when I’m watching games I bet the over on, I like to see threes getting chucked. Creighton scores 31.4 points per game from three-pointers, good for 11th in the nation in that category. Time to fire away!

Of course, there are two teams in every game, and it takes a combined effort to hit an over/under bet. Enter Providence, who is not what I would call a defensive powerhouse. They surrender 71.8 points per game, and that jumps to 74.9 on the road.

The Friars have also been cashing in overs the past few weeks. They have hit on two in a row, and eight of their last ten. They have scored in the mid-to-high 60s, low 70s, and even the 80s and 90s in a few of those games. Not bad.

Smell that? It’s the sweet smell of a revenge game.

8th-ranked Houston is hosting Tulsa on their home floor tonight, the only team that has beaten them this season. Tulsa got to them with a one-point win at the end of December, and just a slight guess here, but I’m thinking that Houston has been looking forward to their next matchup.

11.5 points is a lot, I won’t argue that, but sometimes the narrative rules the day. If you’ve had the chance to watch Houston at all this year, you know that they are a special team defensively.

They are second in the country in opponent points per game, allowing just 56.5 points to their opponents. Think these guys are excited to come out and play some swarming D? Me too.

If you’ve played organized basketball before, you probably had a coach who spent more than half the practice blowing aggressively into his whistle and screaming about rebounding the ball. As a kid, who wants to get rebounds? I want to score, coach!

Well, turns out those coaches might have known what they were talking about. Having a substantial advantage on the boards can change the dynamic of an entire game, especially if you’re a heavy favorite. It makes getting back into the game that much harder for the underdog opponent.

Where am I going with this? Well, Houston is one of the better rebounding teams in the country, ranking 12th in total rebounds per game. Tulsa? They come in at a cool 194th. I expect Houston to toss this Tulsa team around tonight and celebrate revenge on their home floor.

previous
Zach to the Rack: NBA Picks For 1/20/2021
next
How to Make Money on the Texans’ Impossible Deshaun Watson Situation