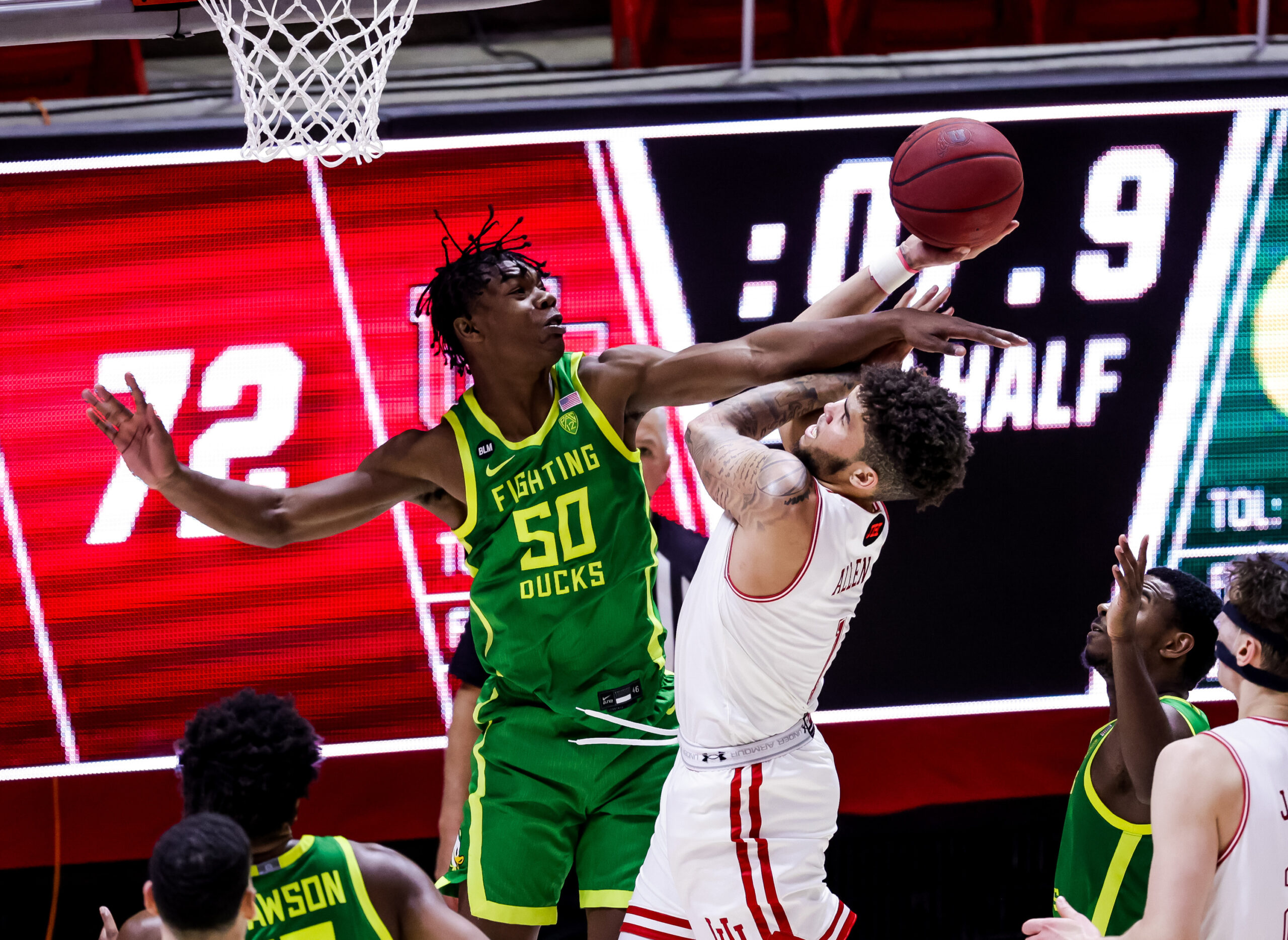 We’re getting down to the wire here folks as we’re now officially in the back half of February. College basketball glory is almost upon us, and I’m as juiced up as ever after getting robbed of our beautiful tournament last year.

In the meantime, we have some business still to take care of as a lot still needs to be settled before the tournament. We have a massive slate today, so let’s jump right in. We start with a Big 12 matchup between the West Virginia Mountaineers and the Texas Longhorns. Then we have a Pac-12 game between the Utah Utes and Oregon Ducks.

It’s Saturday, so let’s get weird and root for a shootout. That’s what I think we’re going to see in Austin today. These teams just hit overs, plain and simple. Between the two of them, they are 25-13 on overs this season. Before getting into some of the nitty-gritty, here are a few trends for you:

Listen, people mock trends all the time saying they don’t matter or aren’t an indicator. I’ll fight that to the death. Of course, these things matter, especially recent performance – I don’t buy into trends that go back years before these players and coaches were even a part of the team. Are trends going to lead you to victory every time? Nope, but I truly believe they give us an educated look at a possible outcome.

Anyway, off my high horse and back into reality. Both teams can score the ball, both averaging over 75 PPG. Neither are particularly amazing defensively, especially Texas who is allowing 71.9 PPG to opponents this season. This bodes well for the over, where I think West Virginia will come out firing on the road and make Texas try to keep up.

Another thing working in our favor is that Texas turns the ball over a ton (13.5 times per game). If West Virginia can exploit those turnovers and convert them into buckets, we should be looking very good here. I’ll also throw in that when these two teams met earlier this season, the game went over.

I’ll be betting this one straight up and buying some points in a tease as well. Hope you’re riding with.

This is a bit of a degenerate special. Late Saturday night, counting money from your other bets while you’re stuck inside in the middle of winter still quarantining because you can’t do anything outside. And boom! A late-night Pac-12 game to cap off the night. Nothing better than some hoops before bed.

This also falls into the category of degenerate special because I don’t think there are many people out there who actually care much about the outcome. Oregon is still fighting for their tournament lives, so this game is a meaningful one for them, but I’d venture to guess that not a ton of people outside of Eugene care a whole lot.

The fact that this game is of importance to Oregon does make a difference. Utah is just 9-9 this season and it’s very unlikely they’ll be playing in late March. Meanwhile, Oregon is at the point where every game matters and they have to leave their home floor with a W tonight.

Oregon has been hot recently, winning their last four and covering their last three games. I think the Oregon Ducks match up well against this Utah Utes team, who they have beaten once this season already. Across the board, Utah is very underwhelming statistically. They rank towards the bottom of the country in rebounding and shot attempts and don’t shine in one particular area.

Oregon can put up points and has a strong effective field goal percentage. Like the game they played earlier this season, I think they can and will control the pace and win this game easily. Especially now that this one is on their home floor.

If nine points scares you, I wouldn’t hate taking an alternate line, but I’m confident with the nine and will be rolling with that. Always nice to add some late-night cash to the account before bed.