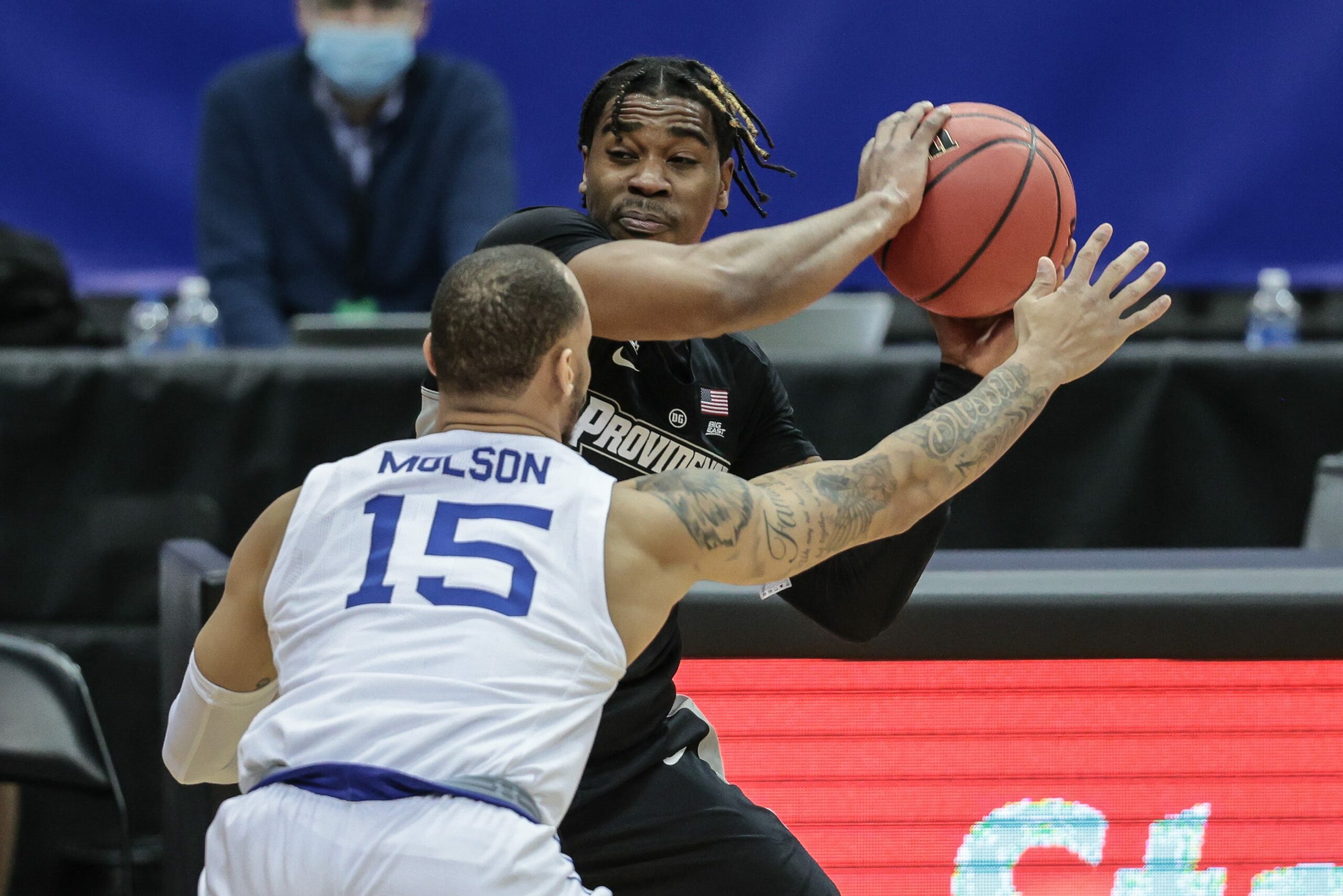 Another Wednesday in the world of College Hoops. We had a strong bounce back on Saturday after dropping both picks last Wednesday, so it’s time to ride that momentum and keep the profits coming. Today, we have matchups between Seton Hall and Providence as well as Virginia Tech and the University of Pittsburgh.

Let’s get right down to business. If you follow my picks and read my analysis you know that I’m a grumpy old fart that likes rooting for college basketball unders. Sure, I won’t be the most liked guy at the party, but I wear the “King of Under”s title like a badge of honor. Sorry!

That’s why it’s always surprising, even to myself, when I start lining up an over bet. Well, that’s where we’ve landed today. The first thing that jumped out at me is the line on this game. 142 is a fairly small number that will always make me at least give it some consideration.

Then I started digging into the numbers and data. To start, Seton Hall plays in some pretty high-scoring games. They are a solid offensive team, ranking 56th in the NCAA in offensive efficiency. Their games have also eclipsed the 142 mark in each of their last four. Their defense isn’t anything special, tied for 224th in the nation in points allowed per game with 72.6.

All good signs on Seton Hall’s end when it comes to betting an over.

I then turned to Providence and expected to find a big red flag or something that would scare me off of betting an over total for them. Nothing. In fact, the over is 10-7 in their games this season. They went through a stretch earlier in the year where the over hit in six in a row.

They’ve gone through a minor over skid over their past few, going 2-3 in their last five. But two of those losses were by four points or less, so they are right on the edge. Like Seton Hall, Providence also doesn’t scare me at all defensively, tied for just 194th in the country by allowing 71.2 points per game. If there’s anything that gives me pause it’s their offense, but they are averaging 72.8 points per contest, which means if they just hit their average, we should be in pretty good shape here.

This game is also in Providence, where the Friars’ points per game average this season jumps up to a very impressive 79.8 points per game. Time to root for some three balls and free throws!

Virginia Tech goes on the road tonight to face an 8-5 Pittsburgh team that started the season off looking promising but have taken a bit of a step back as of late.

The Hokies are road favorites in this one, which is something I tend to avoid. In fact, I typically look at it as an opportunity to leverage a home dog, but I don’t think that’s in the cards for us tonight.

I’m not going to sit here and tell you that Virginia Tech is an amazing basketball team that we’d be foolish to bet against, but I do think they are in an excellent spot tonight.

They go into Pittsburgh to face a team that is coming in on a three-game losing streak. In their last game against Notre Dame, they got embarrassed at home by 26 points. The game before that, it was a 10-point loss on their home floor to North Carolina. They just aren’t playing good basketball right now.

Virginia Tech, on the other hand, is coming in on a two-game win streak including an 11-point win over the same Notre Dame team that just smacked Pittsburgh. So, by simple logic, if Notre Dame crushes Pittsburgh and Virginia Tech crushes Notre Dame, then tonight’s game should be a blood bath! If only gambling were that easy.

But seriously, Virginia Tech is 10-6 ATS this season and 7-3 in their last 10. They are also 4-2 ATS on the road, so playing a roadie tonight doesn’t scare me off. Pittsburgh is also just 4-5 ATS at home, so it’s not like they are walking into some crazy environment.

As you’ve seen me get excited about on Twitter (@Lobo___Grande) and in my previous articles, it’s February. That means we’re getting into the crunch time of college basketball season and it’s time for teams to finish strong. Virginia Tech is sitting as a 6-seed in the latest Bracketology, and their performance over the next few weeks can make or break their tournament fate.

Look for them to come out strong and attack a weaker team tonight.