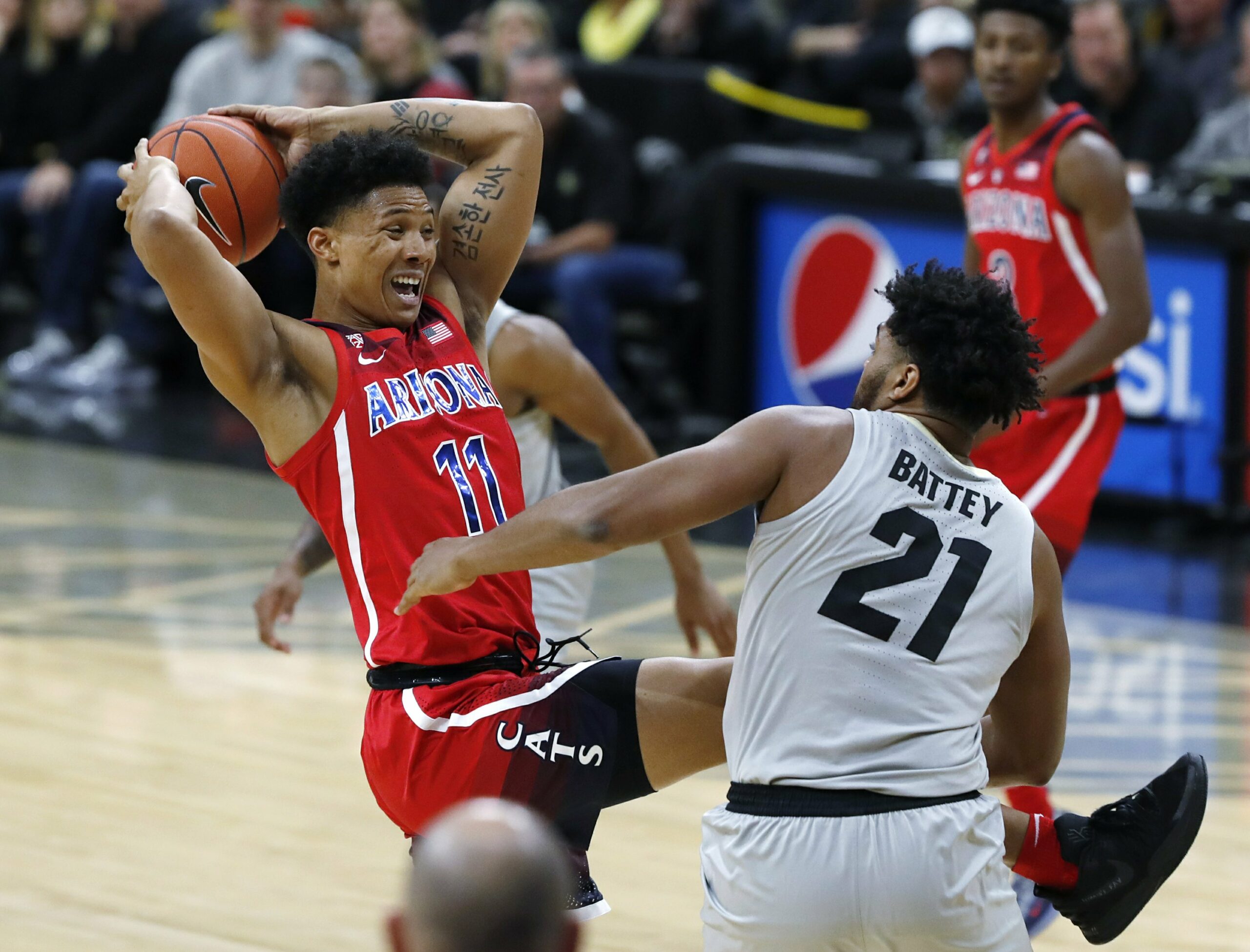 Nothing like a little college basketball Saturday to get us warmed up for the Super Bowl tomorrow. Let’s use today to get some extra cash in those accounts to pay for your ridiculous prop bets that you’re planning to take. No shame, we’re all doing it. Today, we have matchups between the Arizona Wildcats and the Colorado Buffaloes as well as the North Carolina Tar Heels and the Duke Blue Devils.

My first pick of the day comes in the form of a little revenge game. Colorado is hosting an Arizona team that ran them out of their gym by 14 points when they played in late December. Arizona was a slight favorite in that game (-2), so not a major surprise that they won. But it was a bigger beatdown than expected.

When you think of crazy rivalries the first one that comes to mind probably isn’t Arizona and Colorado. But hey, it’s a conference game where one team beat down the other in their first meeting. I would bet you that Colorado is fired up for this one.

Colorado is also a different team since that first meeting. They’ve won seven out of their last 10 games since that one, with five of those wins being by double digits. They're continuing to make their case for the Big Dance and can’t afford any bad losses on their home floor. A loss today would qualify as a bad loss.

Kind of a weird thing to zero in on when betting a team ATS, but I feel like it’s something that needs to be mentioned. Colorado is the best team in free-throw shooting in the country by more than 2%. 2% may not sound like much, but that’s a lot. And shooting 84.1% from the line is a big deal. It may not seem like much, but as a 5.5-point favorite, if it comes down to some shenanigans at the end, I’ll feel a lot more comfortable having my money on the team that shoots so well from the line.

Arizona is by no means a rollover team, as we saw when they beat down the Buffs the first time they played this season, but they don’t scare me much. They have struggled ATS on the road this season, going just 2-4 in six games played. They are just 7-11 ATS overall this season, and personally, I think the spread on this game is a little bit too low.

I’d feel comfortable throwing Colorado in a teaser or adding them as a leg in an ML parlay, but I’ll be throwing down on the spread as well.

Finally! The rivalry game we’ve all been waiting for! Just kidding, this game obviously won’t live up to the Duke vs. UNC standard that we are used to. But when these teams get together, we’re generally in store for a good game.

I’m eying the total in this one, and as you could have probably guessed, it’s the side that everyone loves to bet. Yes, we’re taking the under tonight, and I’m happy to come to your next party if you are looking for a really fun guy.

If you look at the collective stats for these two teams, you’ll quickly find that neither one is anything close to special when it comes to scoring the ball. They are both average or below average in shooting percentage, shooting efficiency, three-point percentage, free-throw percentage, and effective FG percentage. Do those sound like the kind of teams you want to rely on to go over a point total? Yeah, me neither.

While North Carolina has been somewhat respectable this season – severe emphasis on the somewhat – Duke has been a shell of themselves in this unique season and hasn’t been able to get it together offensively.

The Over/Under Record This Season

If there’s anything I’m worried about with this pick, it’s that both teams turn the ball over a ton, which could lead to some easy and quick transition buckets. It’s not enough to deter me from taking this under since both teams have hit the under more than the over this year.

There’s always the chance that this historic rivalry game turns into an exciting one, or – even worse – goes into overtime. But based on how this season has gone for both of these teams, I’d be surprised if this game turned into anything exciting.