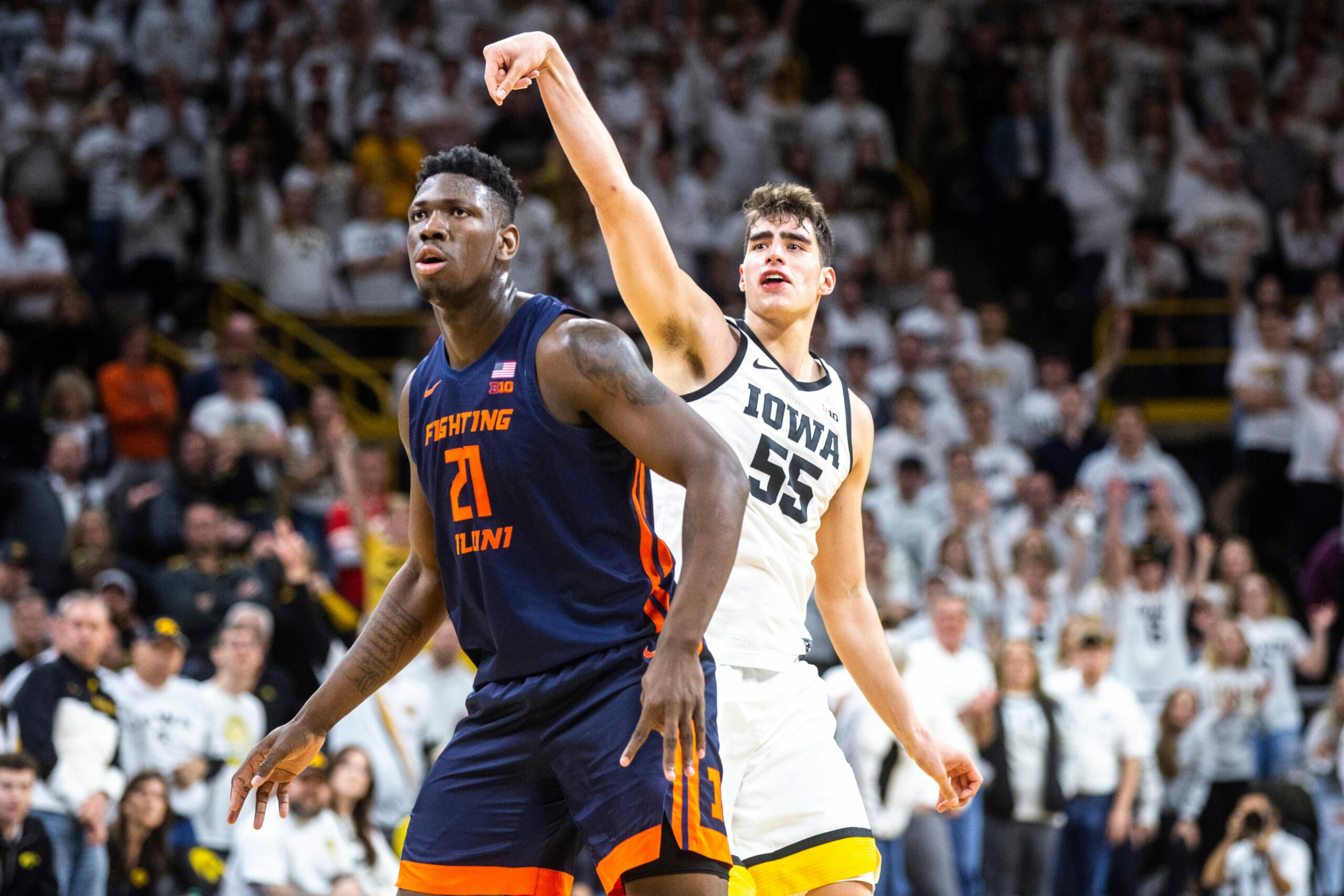 We are ALMOST THERE! Selection Sunday is just one day away and we have the next two days to put the finishing touches on what has been a wild ride of a season.

The first pick today comes out of my beloved Big Ten. It’s a showdown of two heavyweights – the Illinois Fighting Illini, who are just about locked into a 1-seed, and the Iowa Hawkeyes, the same for a 2-seed. The winner gets the chance to play in the Conference Tournament Finals of the best conference in college hoops.

I’m riding with the Illini today. You’ve probably noticed I’ve been riding them like a little kid on a Ferris wheel lately. It’s tough not to back them right now. They are hot at the right time and running over teams in their path.

They closed out the regular season with a monster win against Michigan and a nice road win at Ohio State. Then they made easy work of Rutgers in the first round of the Big Ten tournament, making it five straight wins in total heading into this one.

Iowa is a good team, and this isn’t anything against them. They are coming into this one on a 4-game win streak and have the best player in the nation in their corner. They also got Joe Wieskamp back from injury yesterday, which is a huge boost.

I just don’t love the matchup against Illinois. Illinois is playing like a team that is poised and ready to make a run this month. Call it a gut feeling or a bias, and I know it’s not that hot of a take, but I feel confident in them laying 3.5 against just about anyone right now.

If there’s anyone in the Big Ten that comes close to Luka Garza in terms of ability and being able to carry a team, it’s Ayo Dosunmu. Did you catch him turning this poor Rutgers defender into dust yesterday? I think I’ve watched that video about 50 times.

Let’s lock in Illinois at -3.5. Don’t be surprised if you see me pumping their tires a few more times in the next week or two.

Well, look what we have here! I hope you took a look at my ACC Tournament Preview post because if you did, you may have a wager on Georgia Tech to win this thing at +1000.

You know I am riding them to the finish line. Sure, they got a little bit of an assist with Virginia forfeiting their game yesterday. But hey, we aren’t here to make money in style, we’re here to win bets any way we can.

Now they face a Florida State team that they’ve already beaten once this season. Georgia Tech is coming into this one covering in seven of their last eight games. They’ve won their last seven games straight up.

They’re another one of those teams that are clicking at the right time and have safely punched a Tournament ticket at this point. If they can win this one tonight, they’re looking at an enhanced seed and possibly an easier road to make a run.

Florida State is by no means a pushover, and I think this will be a very tight, back-and-forth game. They haven’t covered in either of their past two games, so I like that we’re getting the 4.5-point cushion here.

If you did take Georgia Tech to win this tournament at 10/1, I can’t blame you for wanting to hedge. My advice would be to keep a close eye on this game when it starts and live bet it if you feel the need. I’m not here to tell you how to spend your hard-earned cash, but that’s what I’ll be doing.

I hope and expect to be able to cash that ticket with a straight-up victory. But I’ll happily take those 4.5 points anyway. Half the fun of taking long-shot bets like that is that you have the chance to do things like hedge towards the end if things go well. It’s worth monitoring later and I’ll be tweeting out if I decide to make a hedge.