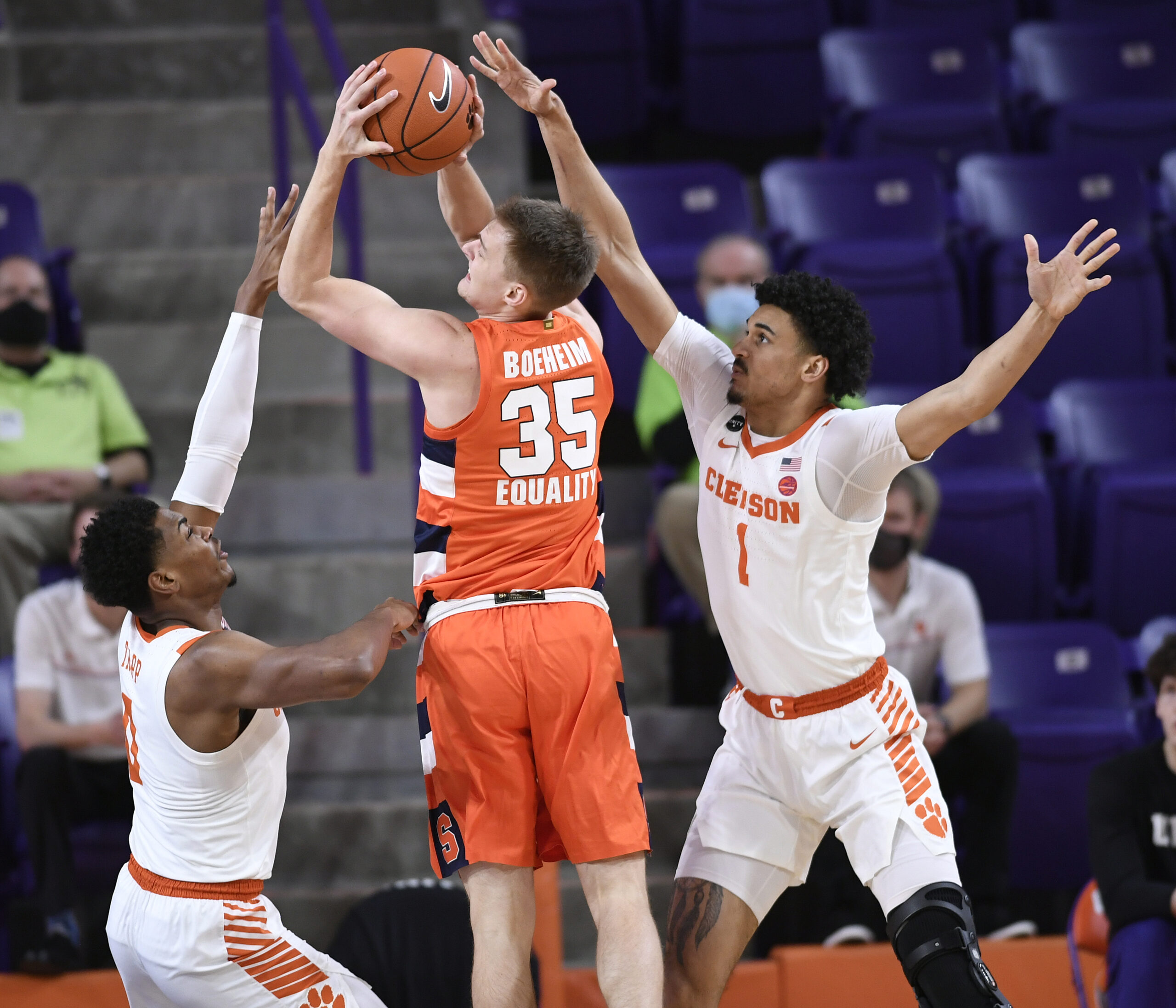 We've now entered March and are so close to the tournament with Selection Sunday less than two weeks away. Today, we have a matchup in the Big East between the Connecticut Huskies and the Seton Hall Pirates and an ACC matchup between the Clemson Tigers and Syracuse Orange. So let's jump right into these college basketball picks!

Whew, baby! Nice little Wednesday in March matchup we have here. Two teams who are currently sitting on the right side of the Bubble, but still have A LOT to play for. Seeding? Bypass the play-in game? Tournament life altogether?

Should be a fun one tonight in Newark so let’s strap in.

These two teams have played already this season, which gives us a little historic data to work with. Seton Hall walked away from that one victorious by seven points on the road. I think tonight’s game goes in a similar direction.

On top of Seton Hall being a strong team defensively, UConn isn’t blowing anyone away offensively. They shoot very mediocre percentages from everywhere on the floor and rank just 166th in the nation in points per game. They’ll need to bring their offensive A game tonight.

There’s also an important narrative that Seton Hall is facing here. They’ve lost two straight games to Georgetown and Butler. Sitting at 13-10, they NEED a win tonight. Sure, they are one of the Last Four In according to today’s Bracketology, but where are they tomorrow if they take the home loss tonight?

Their backs are up against the wall on their home court. If there’s a game to win, it’s this one. Home-court advantage should play a factor in this one too, with Seton Hall being significantly better at home this season. They are 7-3 in Newark and just 6-7 away from their home court. Throw in that this is their last home game of the season, and I like them to win this game outright, but sure I’ll take the extra one-point cushion.

Another important matchup here as Clemson heads to the Carrier Dome to take on Syracuse. To set the stage, Clemson is currently sitting as a 7-seed according to today’s ESPN Bracketology, and Syracuse is listed as Next Four Out. In other words, they are hanging on by a thread.

They’ll have their conference tournament to pad their résumé, but tonight is their last regular-season game. They play host to a Clemson team that has bounced back incredibly strong from a COVID-19 bug that knocked them on their ass in the middle of the season.

When comparing these two teams side-by-side, it doesn’t totally add up for me. The record is of course there for Clemson at 15-5, but statistically, they are just meh. Of course, you do need to factor in the stretch of a few games where they were down a whole bunch of players, but still, nothing really jumps out at me.

Syracuse however, sitting at 14-8, does have a few things about their game that made me take notice. Simply put – they are well above average in points per game (76.1) and opponents’ points per game (61.6). They run a fast-paced offense, pass well, and hit their free throws. They also block 5 shots per game and get 9.3 steals per game, which is good for 6th in the NCAA.

On paper, they are the better of the two teams. Throw in the same narrative as my last pick, that it’s their final home game of the season and they are fighting with their backs against the wall, and I think they win tonight. Maybe I buy too much into the context, but it’s March, and I’ve just seen it too many times before. If Syracuse wins tonight, and strings together a few wins in the ACC Tournament, we’ll probably see them in the Final Four and all hate ourselves.

Oh, and also similarly to Seton Hall, Syracuse has been a force at home this season. They are 12-1 on their home floor. Give me that all day!