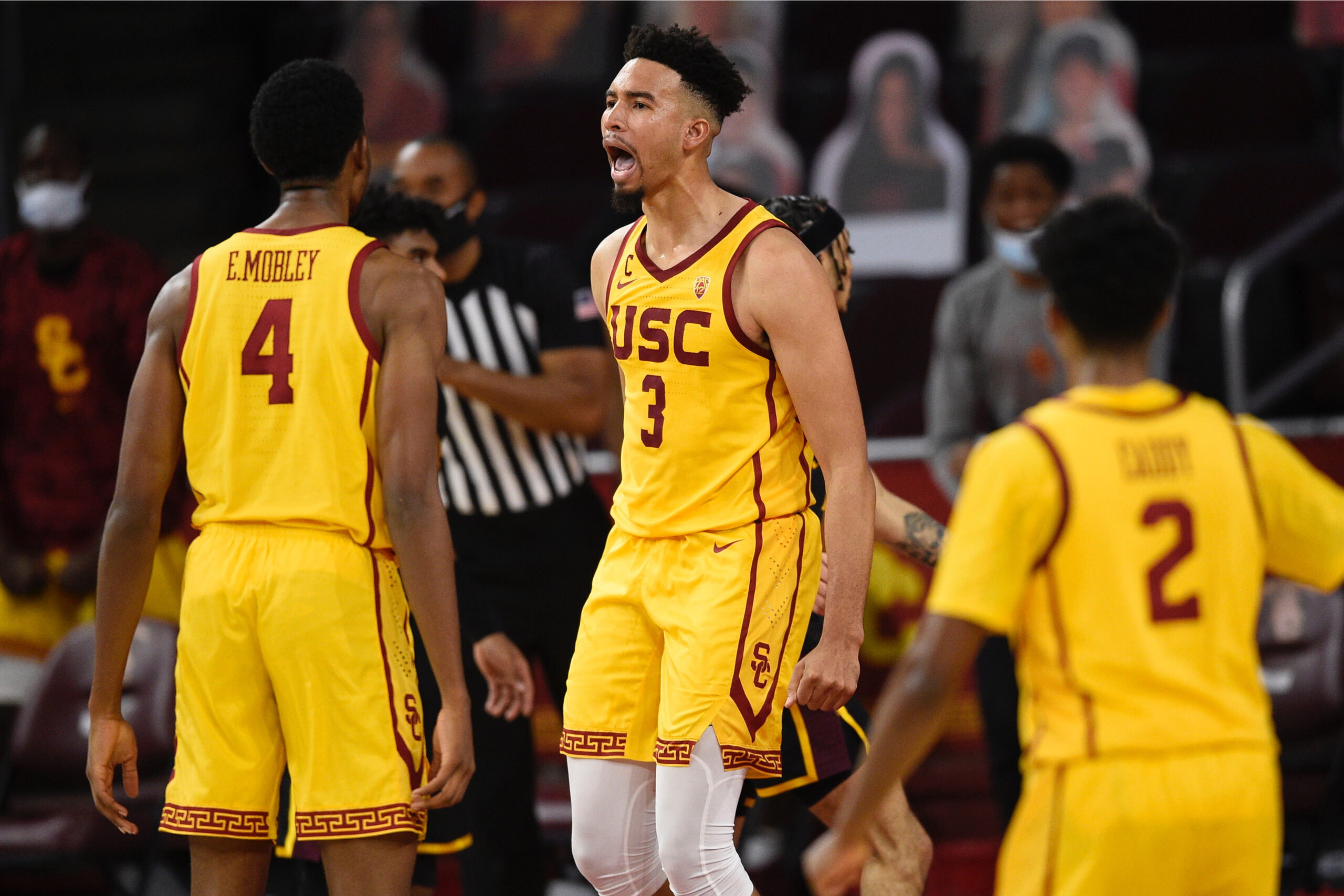 After some exciting March Madness games last night, two teams have officially punched their tickets to the Final Four. Congrats to Baylor and Houston, who will face off in a battle of Texas over the weekend. I’m stoked for that matchup, which features one of the better defensive teams in the country versus one of the best overall teams, top to bottom. In the meantime, we have two more spots still available, so let’s jump into tonight’s games.

The first game of the night features undefeated Gonzaga and scrappy USC. Gonzaga, as we all know, has been absolutely dominant this season and has been the odds-on favorite to win this whole thing for a while now. USC is a 6-seed that is playing like a 1-seed or a 2-seed and is one of the many teams that has made the Pac-12 proud over the past few weeks.

I’m going to go against the grain here and roll with USC tonight. I know, picking against the Zags sounds crazy, and I even feel weird typing it. But I think USC has earned the respect. There isn’t such a thing as a team that really matches up well against the Gonzaga Bulldogs, but I think the USC Trojans come close and can give them some fits.

If you haven’t had a chance to watch USC (I know they played in the late game on Sunday), they have been clicking in the Tournament. They took care of Drake no problem, then embarrassed Kansas, and then squashed Oregon in what a lot of folks thought would be a tight game, including oddsmakers. They covered in each of those games, and none of them were even close.

Now, you can say all of the same things for Gonzaga. No team has come closer than 16 points in their three Tournament games, and they look every bit as good as you could ask for. This, my friends, is why we have spreads. Don’t get me wrong, I’m not picking USC to go to the Final Four. But I do think they can cover 8.5 tonight.

USC is your classic balanced team. They are strong defensively, ranking as the 31st best defensive team in the country this season, which they will need every last bit of when going against the nation’s best offensive unit.

Where they can look to gain an edge here is with their offense. The USC Trojans hit the 80-mark in each of their past two games, and if there is one place where you can exploit the Gonzaga Bulldogs, it’s their defense. They allowed 68.6 PPG to opponents this season, which is still very good, but if you’re going to find a weakness with this team, it’s here.

USC has also just passed the eye test these past few games. I personally didn’t have the highest expectations for them heading into the Tournament. But they’ve been a very pleasant surprise and have kept things rolling game after game. They are coming into this one with a lot of momentum and have a chance to take out Goliath. I’ll take the 8.5 points and roll the dice.

Our second game of the night features another Pac-12 surprise team in UCLA, going up against 1-seed Michigan. UCLA is coming in on an incredible run and after just taking out Alabama in an OT thriller, come into this one with a lot of momentum. Michigan made easy work of a strong FSU team on their way to the Elite Eight. And no, I don’t understand why these games continue to start so late at night.

Anyway, I expect this to be a really tight game. UCLA, similar to their Pac-12 friend USC, is clicking at the right time and is red hot right now. Michigan has proven to be resilient and strong in their first few games in Indy, fighting off a mini scare against LSU in Round 2 and then coming back with a convincing win.

And in tight games like these, you know I’m typically siding with the points. It looks like it’s going to be a Pac-12 kind of night, boys and girls!

I have a very hard time picking against UCLA right now. Call it recency bias or maybe it’s my internal hatred for Michigan, but if you’ve been following my picks and analysis these past few weeks, you know I was very high on Alabama going into Sunday’s game. UCLA showed up to play in that game, and even after seeing a heartbreaking three go through the net to send them to OT, they came out firing and ended up winning by double digits. Oh, and that was with their best player on the sidelines after fouling out.

I get it – Michigan, like Gonzaga, doesn’t need a huge write-up. Their résumé speaks for itself, and they have been rock solid all season long. That’s why they are both 1-seeds, you don’t need me to tell you that. However, they have shown areas of vulnerability at times, and UCLA is a team playing at a high enough level right now to attack those areas.

We’ve seen a few different times in this Tournament that the 3-ball can take you places. Just ask Oral Roberts and Syracuse. If you’re an underdog and you’re knocking down your threes, your chances of pulling off an upset shoot up, quickly. UCLA is firing 21 three-pointers per game through their first four games in Indy. And while that’s not Oral Roberts-level, it’s enough to do some damage.