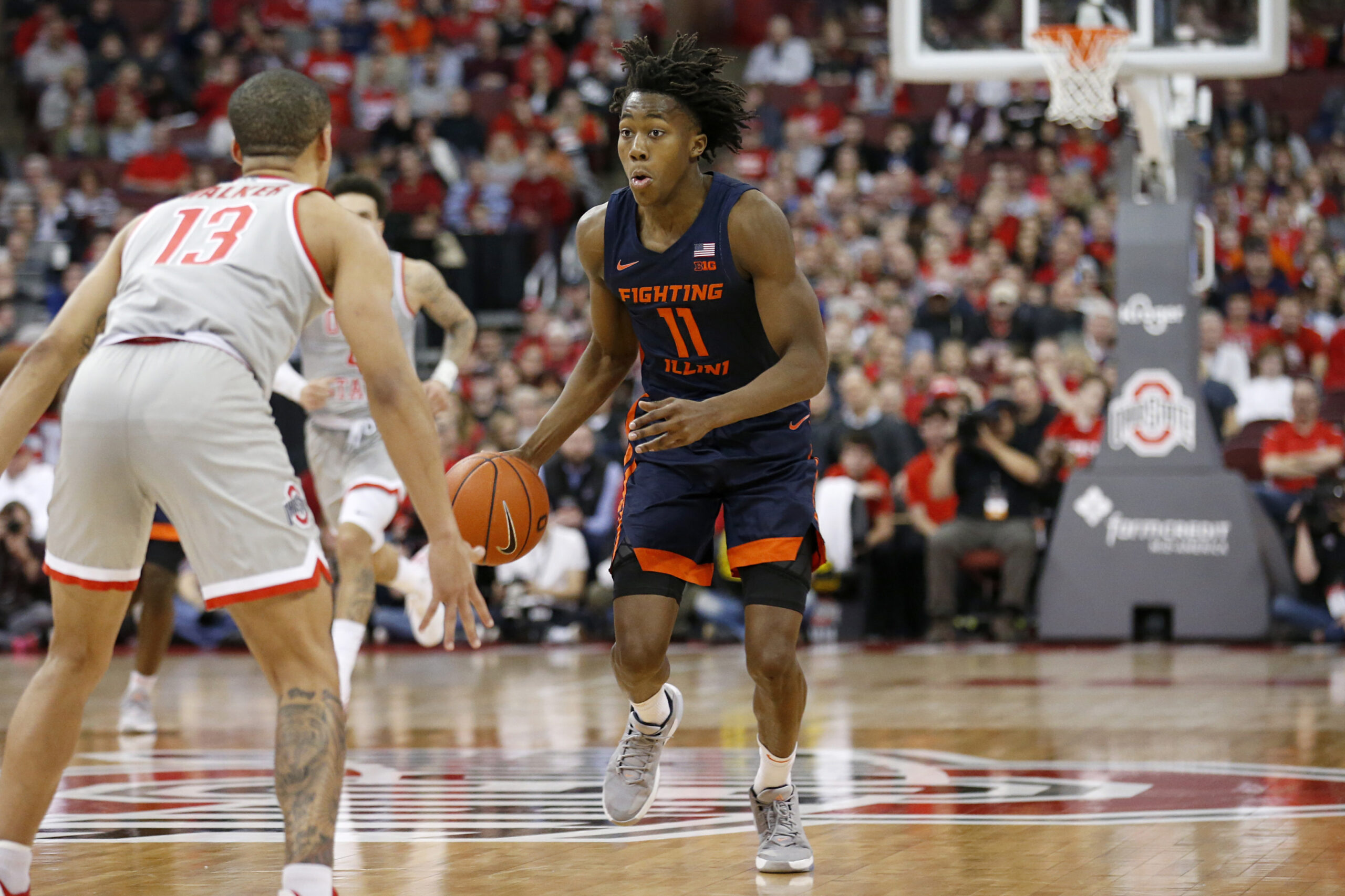 It’s officially starting to feel like March! Today is the last Saturday slate of games before Conference Tournaments. It’s the best time of the year. So strap in and enjoy the ride because things are about to get fun. And luckily for us, we have some great college basketball matchups today as we warm-up for the fun next week. The first one is the Illinois Fighting Illini going on the road to take on the Ohio State Buckeyes. Then we have a Big 12 matchup between the Oklahoma State Cowboys and the West Virginia Mountaineers.

Currently projected as 1 and 2 seeds, this one has the makings of a regular-season classic. A win for Illinois should cement their number 1 seed, but will a loss bump them down? That’s for the committee to decide.

Anyway, a lot of eyes are on Ayo Dosunmu today, the Naismith Trophy semifinalist who broke his nose a few weeks ago against Michigan State. He’s still considered day-to-day and has gone through some closely monitored team workouts this week. If he plays today, it’s of course a huge boost for Illinois.

The Illini have fared well without him, going 3-0 with wins against Wisconsin and Michigan included. So they’ve proven that they can win without him, but having him back would be a plus of course.

I am more than happy to take the two points being given to Illinois today. Coming off those two big wins, they are clicking at the right time, possibly getting their star player back, and have a lot to play for. And I simply think they are the better team.

I can already hear the haters saying Ohio State beat them this year. That doesn’t really bother me. Top to bottom, Illinois has proven they are one of the best teams in the country. They have built up a great résumé, and, yes, one of the blips was against Ohio State, but I think they come out with their revenge jackets on today. Ohio State is also coming in on a 3-game skid.

Illinois boasts one of the most efficient offenses in college hoops, and I think we will see that in full force today. I’m excited to watch this battle of Big Ten heavyweights today.

The college basketball gods blessed us with a few great matchups today, and this one comes out of the Big 12.

A matchup between a projected 3 and 4 seed should certainly give us some fireworks. And while both of these teams do have a lot still on the line, I’m looking at the point total today.

Both teams can score the basketball and aren’t being asked to host any seminars on defense. It is set up to be an old-fashioned Big 12 shootout!

The over is 16-8 in games that Oklahoma State has played in this season, and it’s 17-8 in West Virginia’s games. Overs are commonplace for both of these schools and I don’t see that being any different today. When they played earlier this season, the total went over by 26.5 points when they combined for 171.

For some teams, when a big game comes around, the thing they hone in on is defense and try to grind out a win. In this case, I think it’s actually the opposite. Both of these teams will look to play to their strength and score the ball. They both come in averaging over 76 PPG this season. And if they can both hit their season average, we’re looking at what should be an easy cash-in.

The West Virginia Mountaineers on the Over

A big reason why I think West Virginia has had so much success hitting overs this season, and if you’ve read some of my other picks this season this won’t be a surprise to you, is that they get to the free-throw line. There is no better best friend to an over than the clock stopping and getting points in the process.

The Mountaineers rank 3rd in the NCAA in free throws attempted per game (24.4) and 2nd in free throws made per game (17.5). That’s a huge factor! Does it make for the most fun basketball in the world? Not unless you are a stickler for fundamentals and good foot/body control. But winning bets is fun, and I feel confident in the offensive firepower of these two teams to push us over the point total.

previous
How Do Round Robins Work?
next
Inside the 2021 NBA All-Star Game