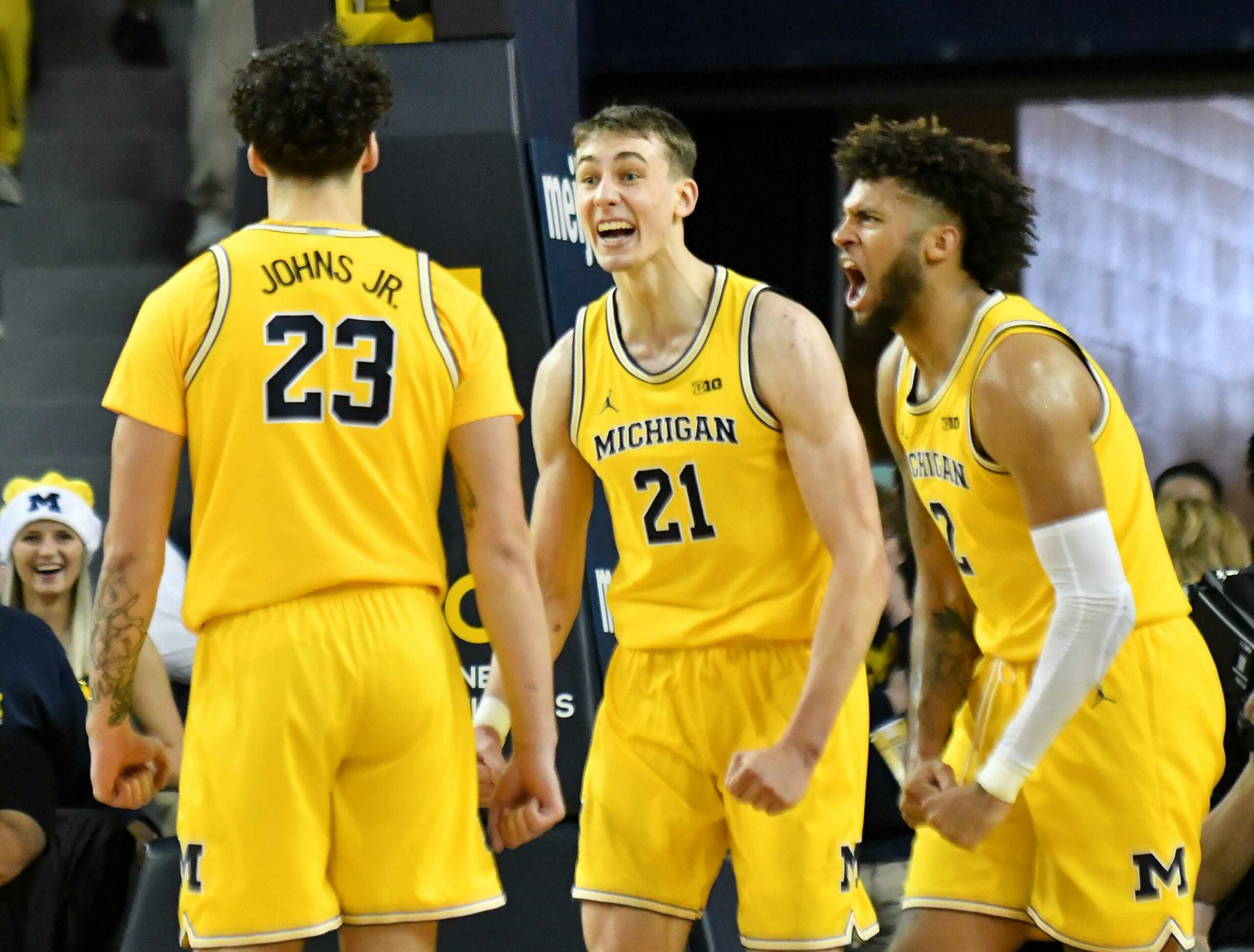 So far, March Madness has had so many upsets and surprises that everyone has ended up pleased, from Sister Jean to those who needed that Oral Roberts fixation. But the second round isn’t done yet, giving us a rare Monday of NCAA Tournament action that isn’t the national championship game.

As always, we’ve got your daily dose of moneyline, spread, and over/under picks from our expert TomBox AI algorithm, which doesn’t sleep in order to give you, our dear readers, the most educated and informed picks possible.

After making easy work of their first-round opponents, LSU brings KenPom’s 122nd-best defense, to Michigan, a top-10 offense. The Tigers need to play at their pace, which is must faster than what the Wolverines would prefer to play at. The TomBox algorithm expects the Bayou Bengals to shoot a lowly 37.5% from the field to Michigan’s 43.9%. Michigan is expected to have a decisive 42.7-29 rebounding edge and will hit more three-pointers at a higher percentage. With an 80-72.5 projected score, we’re giving Juwan Howard’s team a 70.3% chance of winning.

Ohio actually plays at the 9th-quickest tempo among teams still in the tournament right now. But it was able to upset Virginia playing at around 60 points. The TomBox algorithm predicts this game couldn’t be more different. Creighton is expected to shoot 49.8% to the Bobcats’ 47%, with 9.4 turnovers for the Bluejays, compared to 12 for Ohio. Behind 17.7 points from Marcus Zegarowski, the algorithm ironically envisions another 80-72.5 scoreline, giving Creighton a 68.4% chance to advance to the Sweet Sixteen.

The Zags are -1500 moneyline, which is absurd for a Round of 32 game. Where you can get your money’s worth in a bet is with the point-spread. We expect Gonzaga to shoot an absurd 55.6%, outrebound Oklahoma 31.2-24.3, and shoot 41.1% from the three-point line. The TomBox algorithm is predicting an 88-71 win for the Bulldogs, so we’re urging bettors to not overthink things here.

One of the smallest lines of the day, tied with USC-Kansas, you and FSU can and should benefit here. The TomBox algorithm projects the Seminoles to shoot 46.5% to Colorado’s 42.8%, commit 2.2 fewer turnovers, and shoot better from the three-point line. The game is going to live up to its billing as a close 3/6 matchup. But with Florida State expected to win 70.5-66.5, you should feel comfortable taking the Seminoles and the points. The TomBox algorithm gives the cover a 58.6% chance of coming through.

Alabama loves to play quickly, and Big Ten Maryland does not, similar to the LSU-Michigan matchup in the SEC-Big Ten contrast. Like the other game, we expect a quicker pace rather than the slow slog that helped the Terrapins upset UConn in round one. We’re expecting a very close game here, with Bama escaping 73.1-69.9, with a game in the 70s going over that 138 line. The TomBox algorithm gives this game a 57.2% chance of going over.

With just 23.5 combined turnovers, this LSU-Michigan matchup should be an entertaining, end-to-end game. If it’s played at the pace LSU wants, the over should hit here. The TomBox algorithm’s 80-72.5 scoreline would hit the over by more than a few points, with a 55.3% chance of it hitting. The over has hit in 15 of the Tigers’ 26 games, compared to 10 of 22 for the Wolverines.