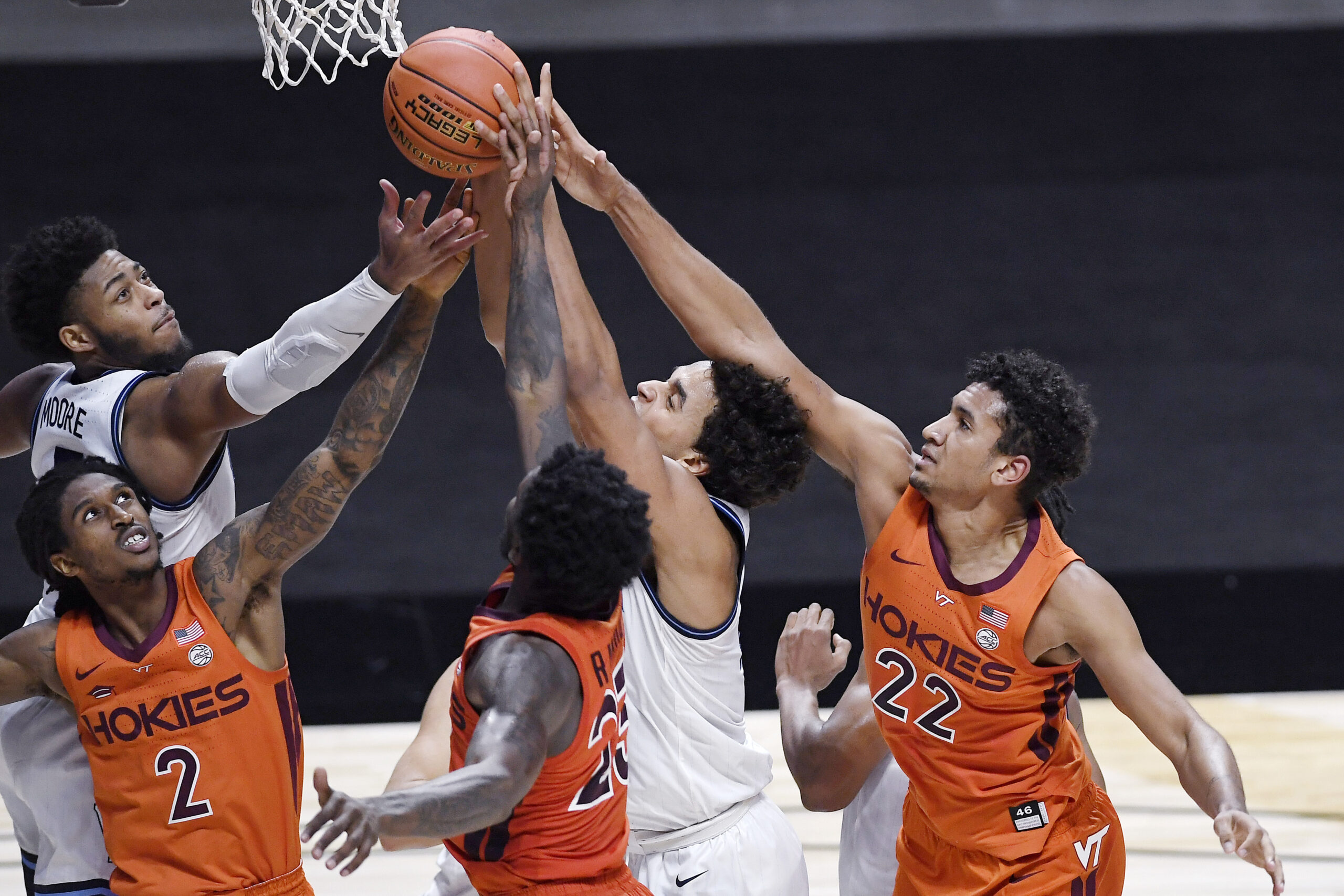 What if I told you that a college basketball program that has been around since the early 1900s could disappear and the history books would remain virtually unblemished?

Okay maybe that is a tad harsh, but it fairly accurately sums up Virginia Tech Hokies basketball. We will get into the details, but let’s just say that when you tell people you are a huge Hokies fan, they assume you are talking about football.

The Early Years of the Virginia Tech Hokies

Virginia Tech played their first college basketball game in 1909, a 33-26 win over Emory & Henry College. Jump forward a few years to 1921, and the Hokies joined the Southern Conference where they would remain until 1965. In that 45-year span, the Hokies won a single regular-season conference championship, which came in 1960.

Shortly after leaving the Southern Conference in 1965 to go independent, the Hokies would earn their first-ever NCAA tournament berth. They won two games in that tournament that consisted of 23 teams and advanced to what is now referred to as the Elite Eight. This is the furthest the Hokies have ever made it in an NCAA tournament.

Can You Pick a Conference Already?

Virginia Tech joined the Metro 7 in 1978 in what would come to be one of many different conference stops for them. While in the Metro Conference, the Hokies won just one conference championship.

After an initial rejection from the Big East after they expanded in 1991, they found themselves in the Atlantic 10. They went on to win the A-10 in their first season and advanced to the NCAA Tournament.

After eight years in the A-10, they were extended an invite to the Big East Conference. The Hokies struggled during their time there, winning just 10 games over a three-year span and never even reaching the conference tournament. I’m not exactly sure what the players and coaches were doing during that time frame, but it’s an incredibly impressive feat.

Finally, after some serious conference and legal drama, in 2003 Virginia Tech was invited to join the ACC. In their first year in the ACC, they had a winning record and advanced to the NIT tournament, where they won one game. The Hokies remain in the ACC today but have zero regular-season championships.

How About a Coach?

Virginia Tech basketball has cycled through more coaches than Jerry Seinfeld has cycled through girlfriends. Since joining the A-10 in 1991, they have gone through eight coaches. The longest-tenured coach in that span was Seth Greenberg (2003-2012) who is now a familiar ESPN face. Before Greenberg, only one coach during that time span made it more than 5 seasons.

Since Greenberg’s departure in 2012, the Hokies have moved onto their third coach and are now led by Mike Young, who saw success in his first year by bringing Virginia Tech to the Sweet Sixteen for just the second time in school history. They should have won that game too – freakin’ Duke!

The hope is that Young can ride that momentum and be the guy who brings the Hokies into college hoops relevance, but it remains to be seen.

Virginia Tech Hokies Against the Spread

You come to this site for the gambling content, so here it is. Since 2003, the Hokies have been spectacularly mediocre in just about every gambling facet. In that span, they are 252-241-10 (51.1%) against the spread. The over is 235-236-7 (49.9%). Their mediocrity when it comes to their gambling history is far more impressive than anything they have done on the actual basketball court.

Even looking back at their 2018-2019 season, which led to a Sweet Sixteen berth, they were just 18-15-1 ATS. We’ll always take a winning record, but it’s hard for them to be any more middle of the pack.

Conversely, even in their worst seasons, they weren’t a team you could really pick on gambling-wise as their near .500 record shows. In short, if you’re going to bet on Virginia Tech basketball you might as well just flip a coin.

The Hokies are showing promise in this young season by going 8-5 ATS to start, so maybe some good things are coming their way under the new regime.