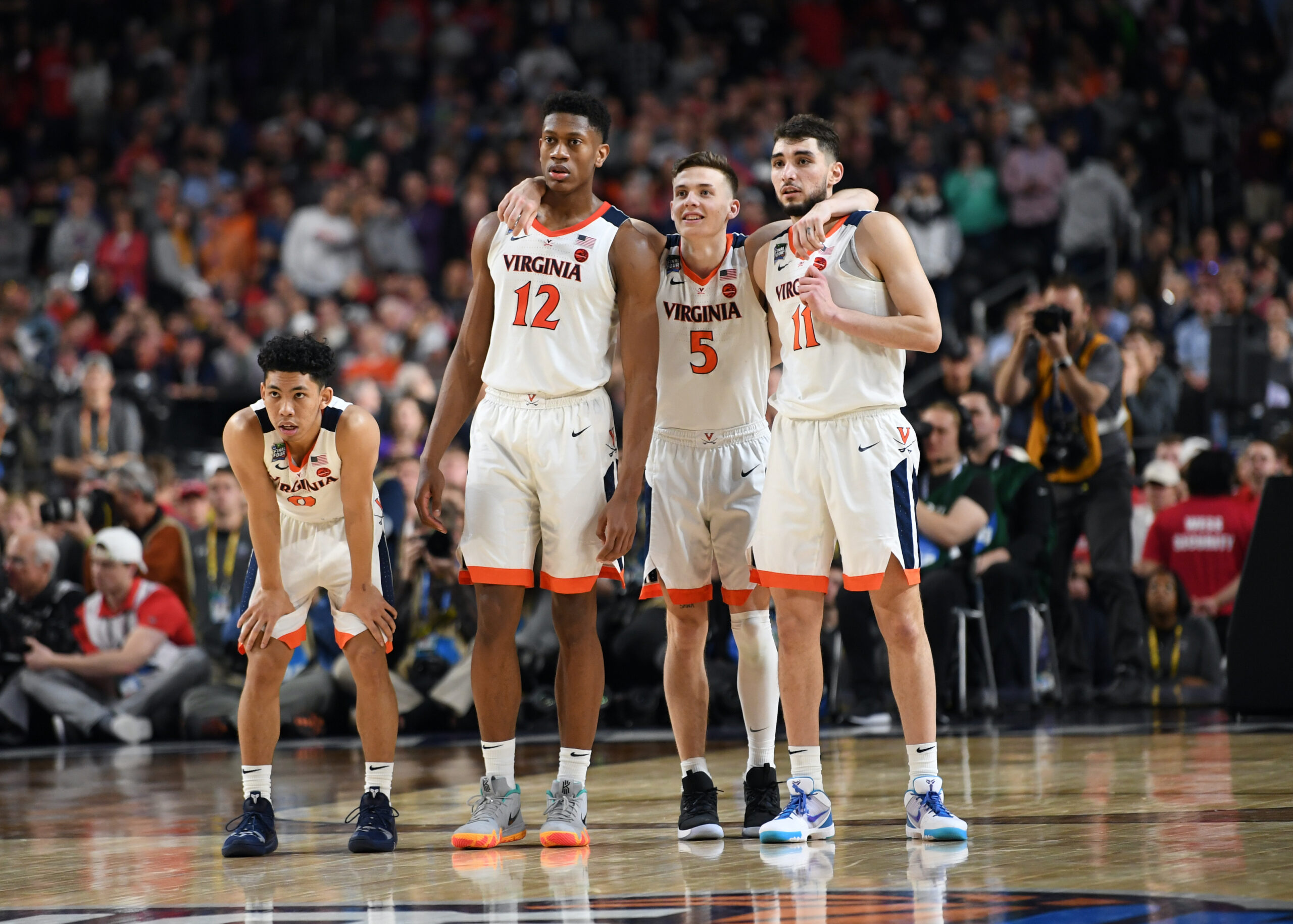 College basketball is one of the oldest, most sacred sports that we have. Over the course of more than a century, we’ve seen it undergo so many changes. From the banning to re-legalization of the dunk, the addition of the three-point line, and the long shorts and black socks that were revolutionized by the Fab Five. And, as one of the initial programs, the Virginia Cavaliers have been there through it all.

To the casual fan, the college basketball season typically begins around early-to-mid March. The excitement of conference tournaments marks the beginning of what is about to be one of the most electrifying stretches of the year, culminating with the glorified Final Four and one lucky team cutting down the nets. And recently, Virginia has been a mainstay of that tradition.

If you just became a fan of college hoops over the past decade or so, you’d probably think that Virginia is one of the most dominant programs of all time. ACC champions four out of the last seven years, NCAA champs in 2019, they really have this all figured out.

Believe it or not, it was not always rainbows and butterflies for Virginia Cavaliers basketball.

The Early Years of the Virginia Cavaliers

The Cavaliers came onto the scene in 1905, with a team comprised of athletes who aspired to be competing in track and field. They formed a hoops team, and Virginia quickly became a force. Back in those days, they were dominating games that had the winning team scoring in the 20s and 30s. Probably not the era for you, James Harden. Anyway, the Cavaliers achieved great success over the next few decades competing in what was then called the Southern Conference.

The Birth of the ACC

The ACC came into existence on May 8th, 1953. And the University of Virginia was one of the first eight teams to join. They did not maintain their success out of the gate. In fact, it would be a few decades before they were able to gain some respect. After joining the ACC in 1953, Virginia didn’t finish with a winning record until the 1970-71 season.

They were saved by the presence of top recruit Ralph Sampson in 1979, who went on to become one of the best college basketball players of all time. He led them to their first tournament win in the 1980-81 season, and eventually to an appearance in the finals in 1982-83, where they found themselves knocked off by a guy named Michael Jordan. While it wasn’t the birth of a dominant program, it gave Virginia the momentum needed to become a respectable opponent over the next few years.

Virginia Cavaliers Against the Spread

When you think of ACC basketball, the first teams that come to mind are generally Duke, North Carolina, and, for some, even Maryland. Well in recent years, it’s been a good time to be a Wahoo. Because Virginia has been a solid force against the spread. Since current coach Tony Bennett took over in the 2009-10 season, Virginia is 198-146-8 ATS, which is good for 57.6%. That includes a few just absolutely dominant seasons, including 2017-18, where they went 20-10-1 ATS, and 2018-19, where they went just an absurd 26-12.

In that same time frame, they have covered 56.3% of games on their home floor. And they've covered an incredibly impressive 62.2% of games against ranked opponents. Where they likely made gamblers the most money has been during the rare times that they were actually underdogs, where they’ve gone 44-28 ATS.

You can look at UVA’s success against the spread in tons of different ways. But for now, let’s just focus on games against the ACC. Since Bennett took the reins, the Cavaliers have gone 125-87-6 ATS. That is the top cover percentage of any major conference program in that span.

When you break down the numbers, Virginia is one of, if not the best team ATS over the past decade and change. Analytically, betting on Virginia to cover the spread is one of the best values that you can find as a gambler since 2009. Betting on them to cover the spread provides a significant statistical advantage. And, as the gift that keeps on giving, the same goes for betting totals.

In the Bennett-era, Virginia games have gone under 57.2% of the time. A program that has become known for slow, methodical play and superb defense backs it up with the numbers. They have become famous for forcing teams to play to their style. And they have seen great success come from it on the defensive side of the ball.

From Zero to Hero

Despite all the good in recent years, Virginia made history in 2018 for something that used to be unthinkable. They became the first 1-seed to lose to a 16-seed in the NCAA tournament, at the hands of the UMBC Retrievers. The style of play that I alluded to earlier came back to bite them, as UMBC beat them at their own game and sent them home packing in embarrassing fashion after losing 74-54.

After becoming the butt of many jokes and having the finger pointed at them as frauds, disappointments, and many other derogatory terms, what did UVA do? They came back in their next season to win their first National Championship. Led by the trio of Kyle Guy, De’Andre Hunter, and Ty Jerome, they took out Texas Tech and cut down the nets in Minneapolis, Minnesota.

The run of dominance in the gambling world is still going on. And I’m excited to see how long the Virginia Cavaliers can make it last.