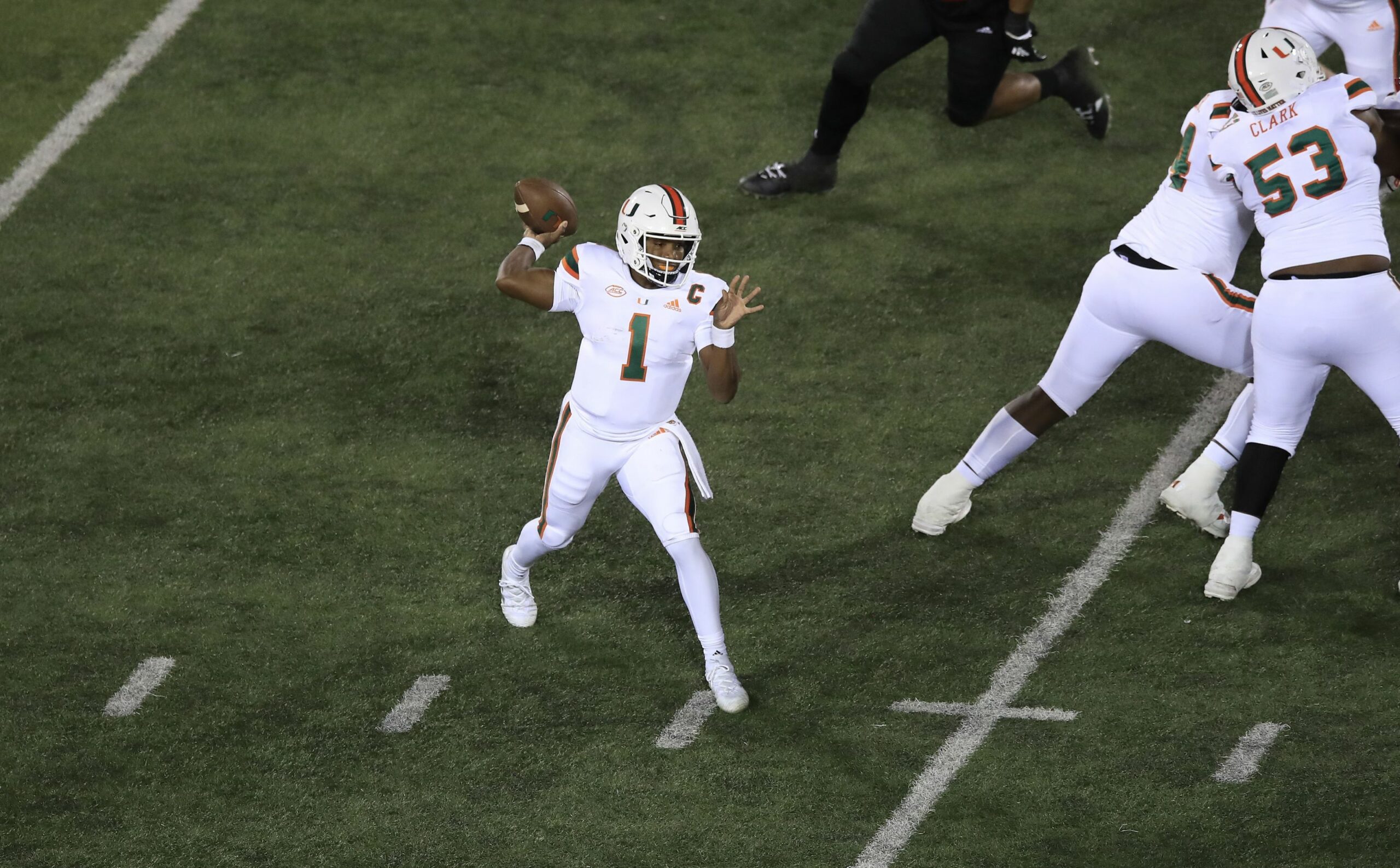 It’s the most wonderful time of the year. All the eggnog we can handle, Christmas presents from relatives we wish were dead, and college football bowl games nearly every day of the week. As long as coaches and players can stay ‘Rona free, we should be in business.

Let’s take a peek under the hood at the Tuesday/Wednesday college football bowl games for the week of December 29 - January 2.

Oklahoma State went 3-2 on the road this year, with two of those wins coming against Kansas and Baylor. The Hurricanes went 4-1 on the road in 2020, with their lone loss coming to eventual ACC Champion Clemson. D’Eriq King is returning for 2021, and the Hurricanes want to lay a solid foundation for next year’s squad.

Chuba Hubbard will not dress for the Cowboys, which is noteworthy only because it would be a lot cooler if his name was Chuba Steve. Mike Gundy has no problem handing the ball off to Dezmon Jackson, who has filled in quite admirably for Hubbard this year when called upon.

Oklahoma State hung Baylor out to dry at 42-3 to close the regular season, and 90 total points hit the scoreboard in Miami’s last game. Oddsmakers might be falling victim to a bit of recency bias here by setting the total at 58.5. The Cowboys allowed 22.4 points per game on defense this year, while the Hurricanes registered a 26.0 mark.

I know what you’re thinking, and yes, the University of Colorado does still have a football program. And no, nobody knows what exactly Kordell Stewart is up to these days.

We don’t know how motivated Texas will be in this game, but we do know how capable they are. Too much talent for Tom Herman, who is 4-0 in bowl games at Texas. He knows how to prepare his teams – a possible hedge on the motivation question.

Both the Buffaloes and the Longhorns average more than 420 yards per game. Both allow more than 375 per game on defense. Four touchdowns a piece puts over the total in play, and we might see that unfold before halftime. Texas will be without standout LB Joseph Ossai, who is already in preparation for the NFL draft.

Since Graham Mertz’s big opening game against Illinois (95.2 completion %, 5 TD, 0 INT), he’s thrown 3 TD and 5 INT. Likewise, his Badgers scored 45 points in that Week 1 win, but they’ve only averaged 17.2 points per game for the rest of the year (which includes 49 points scored at Michigan).

The fighting Paul Chryst ran out a skeleton crew against Minnesota in their season finale, a game they ended up winning in overtime. But good luck attempting to decipher if that means we saw how dreadful the Gophers were this year or how gritty the Badgers can be.

In what could play as a pseudo home game for the Demon Deacons, Wake Forest is 2-0 in bowl games played in Charlotte, NC.

Death, taxes, and Wisconsin Badgers Football are three certainties we can bank on in life. Wisconsin wants to run the ball, eat clock, and play defense. That’s their business model. Wake Forest is a live dog here, but they’re in for a good old schoolyard fistfight in this one.

The Gators gave Alabama all they could handle in the SEC title game, by far the closest game the Tide have seen this year. Florida has managed to bounce back and compete in every game following a loss this year. Even with their two losses on the season, they’re still cream of the SEC East crop. Oklahoma comes in as Big 12 champ and can challenge Florida in what should hopefully be one of the more thrilling college football bowl games in this year’s lineup.

No Kyle Pitts for Florida in this one. But at least we know why, unlike his mysterious deactivation ahead of the LSU game. Don’t get me wrong, Kyle Pitts doesn’t play defense, and Florida still could have given up 37 to LSU and lost the game that week. But it’s all about the psyche of not having, or “needing,” your best player against lowly conference rival LSU. If he was in fact good enough to go, it simply set the wrong tone to shelf him against the Tigers a couple of weeks ago.

Oklahoma, just like Florida, averaged 41 points per game in 2020. Their defensive units allowed 22 and 28 points per game, respectively. I never thought I’d say it, but Oklahoma’s defense is the only outlier to the under here. I don’t feel like backing a Sooner defense. Do you?