It’s officially 2021, so time to start on your New Year’s resolution of actually winning money gambling for once in your life. I’m here to help with some surefire picks for tonight’s College Football Semi-Final Playoff matchups between Notre Dame and Alabama and Clemson and Ohio State.

There is one reason that I know God exists in this world: Notre Dame keeps being invited to big-time bowl games. Despite Clemson absolutely dog-walking them just two weeks ago, Notre Dame finds itself in its second national college football playoff semi-final in the last 3 years. It’s safe to say that no one in the country gives them a chance. The 19.5 spread is the largest in semi-final history and the third largest of ANY BOWL GAME EVER. That’s just flat-out absurd. And while I certainly don’t see them winning this game, this is still a very solid team that has a chance of hanging with Alabama. Not to mention, the only thing scarier than covering a 19.5 line is opening your work email on January 4th – this is the kind of spread you jump all over.

There are two factors that I see playing to Notre Dame’s advantage – their interior defensive line and Ian Book. Alabama lost their starting center, Landon Dickerson, to a knee injury in the SEC championship game. And while their Mac Jones has a ton of weapons like Devonta Smith and Najee Harris, their offense could struggle out of the gate. Notre Dame’s defense was top 10 in the country at the beginning of the year before the wheels fell off against Syracuse and Clemson. I’m not sure what happened to them (they were most likely haunted by the ghost of Manti Te'o's “girlfriend”). But if they can exorcise those demons, come together, and play like they’re capable of, they can keep things close, at least for a half.

Which brings us to Ian Book, who is, for better or for worse, the key to Notre Dame’s offense. While he struggled in the Clemson game, he started off strong and brought the Irish to the red zone twice in the first quarter, though they failed to convert both times. If he can play like he did in the first Clemson game (remember this team did beat Clemson back in November) and chew up the clock, they’ll keep the score close and the under intact.

If you’re getting déjà vu, join the rest of America. This is the third college football playoff matchup between these two teams in the semi-final since 2013 and the second in the last three years. Since the playoffs have begun, both these teams have been mainstays, but this year it feels a little different (dare I say unprecedented) because we don’t really know what to expect with Ohio State. They’re undefeated but have only played in 6 games. And with COVID cancellations seemingly every other week, they haven’t had a chance to get into a good rhythm.

Will Justin Fields pick Clemson’s secondary or be hampered by his thumb “injury” from the Big Ten Championship game? How good is Ohio State’s defense? Is Trey Sermon actually legit or did he just OD on pre-workout and Wheaties before the Northwestern game? Is Ryan Day the least attractive coach in the entire country? There’s a lot up in the air with this team. But there’s no denying they’re just flat out talented up and down the roster. 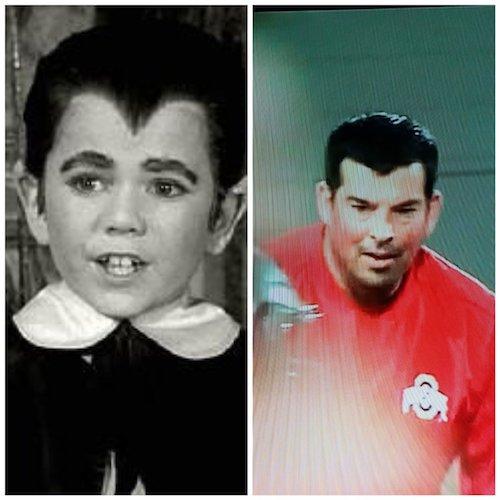 On the other side, we have Clemson and their potent offense, led by Trevor Lawrence, the real-life “Sunshine” from Remember the Titans, and Travis Etienne, who I swear has been at Clemson for the last 10 years (we call this “Perry Ellis syndrome”). These two should be able to carry the offense. And they’ll have to – the line is pedestrian and they lack weapons at receiver and tight end. Watch for Lawrence to rise to the occasion and use his legs to convert big third downs to keep drives alive.

The cause for concern is on the defensive side, particularly the secondary. All-ACC safety Nolan Turner will be out for the first half after a targeting penalty in his last game. And starting in his place will be an unproven underclassman (either Joseph Charleston or Lannden Zanders). And while middle linebacker James Skalski is an absolute maniac with one of the best neck rolls in the game right now, he doesn’t have a ton of help outside of corner Derion Kendrick.

I’m predicting a back-and-forth shootout (the over here is a no-brainer) before Clemson pulls away late with big plays from Lawrence and Etienne.