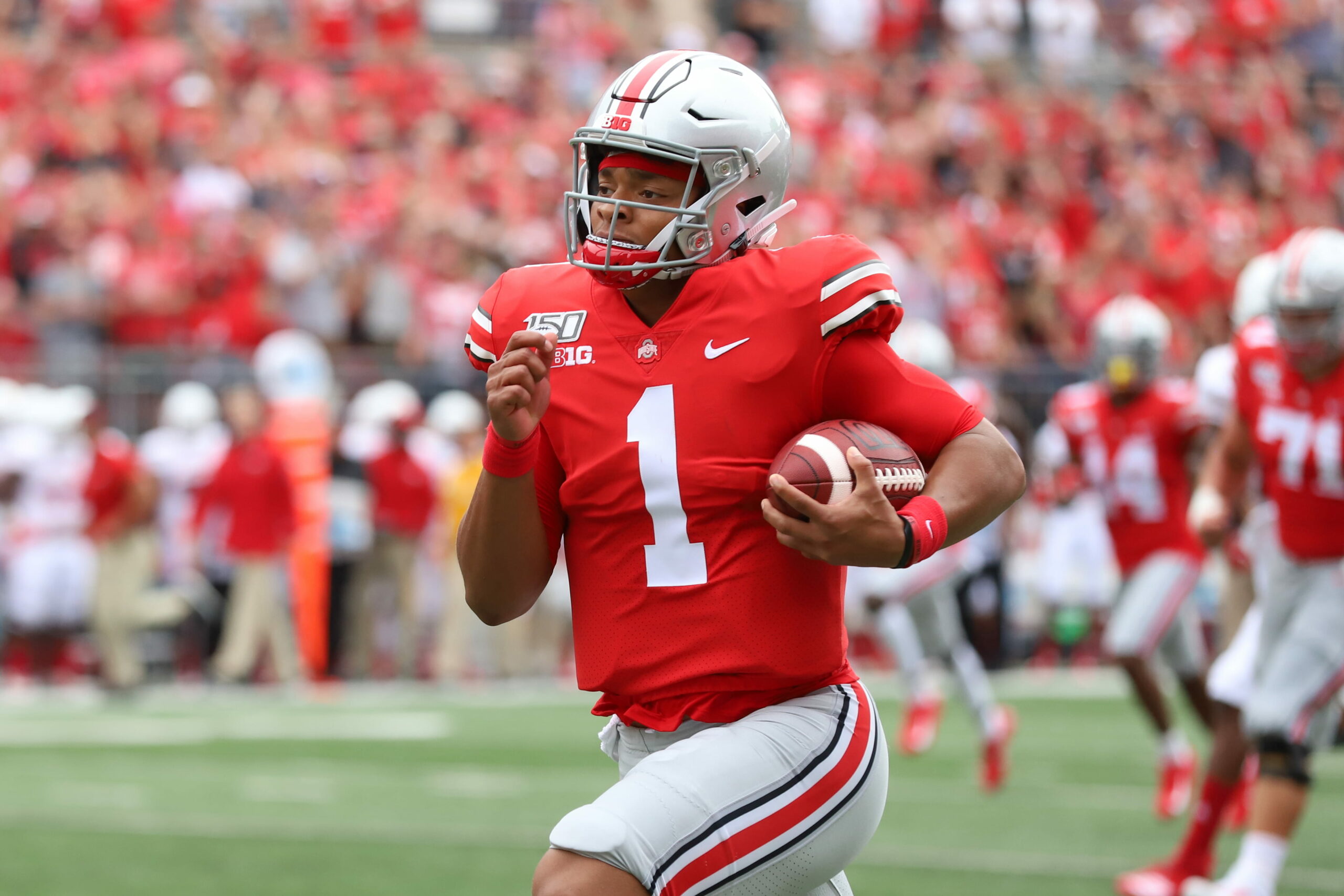 Here we go. NFL Wild-Card Weekend is one of the top three sports weekends of the year, and it continues right on to Monday, when we get what promises to be an entertaining shootout between Alabama and Ohio State for the College Football National Championship. While it seems like these two teams are constantly in the playoffs, they’ve only squared off once since its inception — back in 2015, when Cardale Jones (last seen throwing horrible picks in the XFL) and Ezekiel Elliott led the Bucks back from a 21-6 deficit to take down the Amari Cooper-led Crimson Tide 42-35.

Monday’s matchup will have a little extra juice after Nick Saban’s daughter went on a Twitter rampage last week, accusing Ohio State of faking their COVID-19 concerns to give QB Justin Fields more time to heal from a rib injury. While Saban’s daughter ultimately deleted the Tweet (and her entire account) and the College Football National Championship ultimately has not been postponed, it’s certainly an interesting move and more bulletin board material for an Ohio State team that cited Dabo Sweeney ranking them outside the Top 10 as the chief motivation for their win last week.

We’ll see how much motivation can carry them, as they face off against one of the best offenses in recent history and the perhaps the greatest college coach of all time. I’ll be betting on this game with PointsBet, who’s running a 50% bet match up to $100 for all live in-game bets. Here are my thoughts on how College Football National Championship will play out.

When Ohio State Has the Ball

This game will hinge on the most important ribs since Adam in the Garden of Eden and the invention of the McRib – the pair belonging to Justin Fields. Will Ohio State have to turn to a backup like they did in their 2015 matchup? Or will he be able to soldier through his injuries and match his 6 TD performance versus Clemson?

Fields has had an up-and-down season, and can look confused and pedestrian at times (see Indiana and Northwestern games). But he’s also capable of playing the way he did last week, lighting up a strong defense for 6 TDs and over 400 yards of total offense. He’ll need to be at his best again and will have to step up his running game. Alabama struggles to stop mobile quarterbacks. And if he can manage more than his average of 44 yards per game, he’ll be able to keep them on their toes.

Trey Sermon – the Oklahoma transfer who’s run for 636 yards in his last 3 games and gashed Clemson for 193 last week – will be there to help him. Alabama’s defense is the worst it’s been in the last 5 years. (They gave up 647 yards to Ole Miss for Christ's sake.) And is the clear weak point of the Crimson Tide team. While the Buckeyes can score quickly, expect them to pound the ball with Sermon and play ball control to keep the ball away from Alabama’s vaunted offensive attack. If they burn the clock and Fields can make big plays, they’ll have a chance to keep it close.

When Alabama Has the Ball

There’s a reason Ohio State doesn’t want to give Alabama the ball. Not only do the Crimson Tide have the first WR to win the Heisman in 30 years (Devonta Smith), they also have the winner of the Davey O’Brien Award for best QB in the country (Mac Jones) and the winner of the Doak Walker Award for best RB this year (Najee Harris). Plus, there’s a chance that arguably their best skill player, Jaylen Waddle, suits up after missing 7 games with a fractured ankle. They are absolutely loaded across the board and should light it up against a very average Ohio State secondary.

The real matchup will come in the trenches, as the Buckeyes’ dominant front 7 face an Alabama offensive line that is a Top 5 unit in the country but is missing their senior center Landon Dickerson. While Mac Jones has had a strong year, he’s as mobile as a landline and has yet to face consistent pressure. If the Buckeyes can get in his face and knock him down repeatedly, he’ll struggle to create the big plays with Smith that they’ve relied on all year. But if he gets time, expect him to continue to hit wide open Bama receivers like he has all year.

Ohio State keeps it close, holds the ball for stretches as Fields and Sermon have big days on the ground. But Alabama’s massive talent advantage wins out, especially on the offensive side. Ohio State covers, the under is hit, and Nick Saban’s daughter finally gets her phone privileges back.