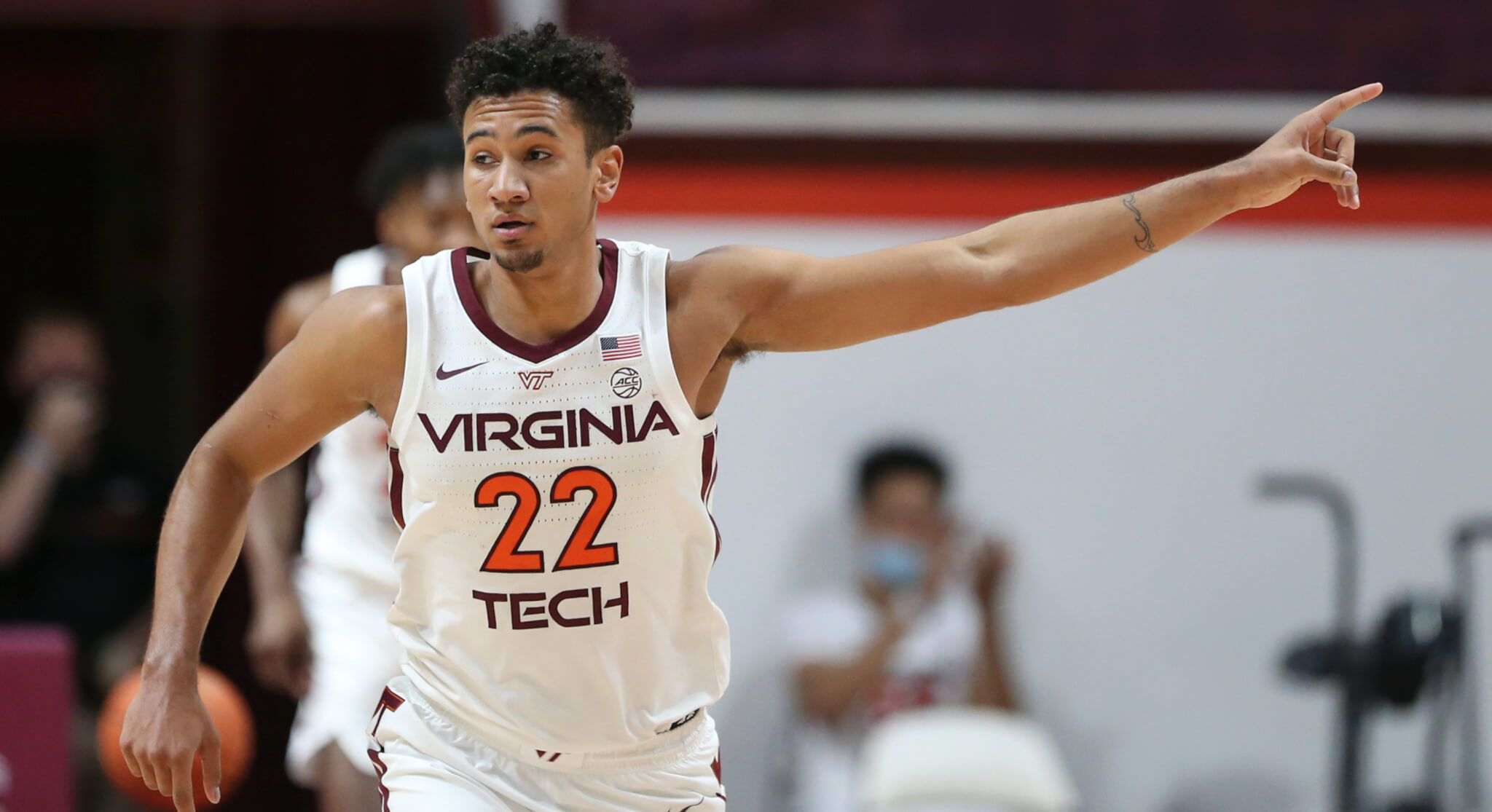 The 19th-ranked, 8-1 Hokies find themselves as 4.5-point underdogs in this one, and I’m a little perplexed as to why.

Louisville is obviously no slouch. They are 7-1 entering tonight with their one loss coming in a game against Wisconsin where their roster was completely depleted by COVID-19. Take that game away for argument’s sake, and you’re looking at an undefeated and probably ranked team.

However, 4.5 points feels like disrespect to Virginia Tech. The Hokies are on a four-game winning streak and find themselves as underdogs for the first time since their second game of the season against Villanova, a game where they were 9.5-point underdogs and won the game outright by eight.

Virginia Tech is led by forward Keve Aluma who is averaging 16 points and 6.6 boards per game. Joining him are three other double-digit scorers. And Virginia Tech as a team is averaging 75.6 per contest on the college basketball season and 87 per game over their last three games.

Louisville averages more than five points lower on the season, coming in at 70.1 per game, and just 67.3 per game over their last three. All three of those games have resulted in wins for Louisville, but I fear that they won’t be able to keep up punch-for-punch with Virginia Tech and they are the ones giving points.

I’ve had my eye on home/road splits early on this season. And although the sample size is small, home-court advantage hasn’t meant a ton to Louisville this season. They are just 2-3 ATS at home so far this season, while Virginia Tech is 2-0 ATS in their only two road games. Nothing groundbreaking, but another reason to like the Hokies in this one tonight.

If you’re feeling a little frisky, you can think about sprinkling a bit on the moneyline tonight. But I’m advising Virginia Tech with the points.

Our second pick today comes from my favorite conference, the Big Ten. We have a fun one tonight with Minnesota traveling two states east to take on Michigan.

Contrary to low-scoring and gritty Big Ten football, this game should provide some offensive fireworks and be a fun one to watch, and more importantly, gamble on.

The guy to watch in this one is Minnesota junior Marcus Carr. Carr is averaging 22.1 points per contest, which is good for 13th in the nation. Joining him are three other double-digit scorers on the Golden Gophers.

On the other side of the floor is Michigan who is led by center Hunter Dickinson. Dickinson is averaging a cool 16.8 points and 8.1 rebounds per game.

Add these two teams together, and you have two of the top 26 scoring schools in the nation. The Golden Gophers enter this one scoring 81.6 points per game, and the Wolverines 82.6. In case you couldn’t guess, we’re betting on the points tonight!

These high-scoring teams don’t just provide fun games to watch. They are actually hitting overs at a fairly high rate. The over is 7-5 in Minnesota’s games this season and 6-3 in Michigan’s. A combined total of 13-8 makes me like our odds. Add in the fact that the over is 5-2 in Michigan’s games at home this season, and I’m sold.

If you’re reading this and thinking that this pick is based solely off one side of the ball, I’ll throw some defensive numbers your way. Top-line is that neither of these teams are defensive powerhouses.

Michigan is allowing 68.1 points per game to opponents, which is good for 124th in the country. And Minnesota is *gasp* 219th in the country, allowing 72.5 per game. The lack of great defense, combined with the offensive abilities of these teams, should have us getting some of that holiday money back into our pockets.

previous
Zach to the Rach: NBA Picks For 1/6/2021
next
The Three Most Popular Types of Bookmakers