Can Michigan take the Big 10 Throne from Ohio State?

Can Michigan Take Back the Big Ten Throne? 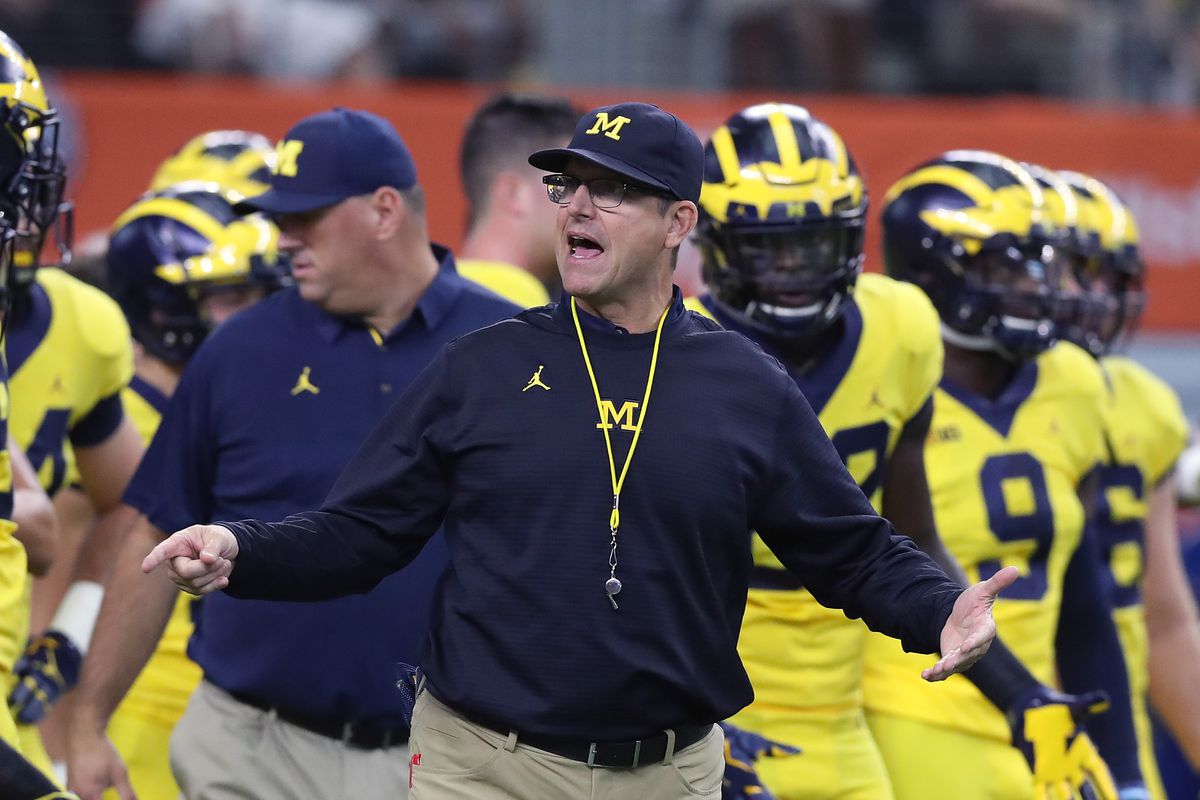 College football seems poised to come back. The crazy people in Texas think that they’re going to allow fans in the stands, but I wouldn’t go that far. Home-field advantage likely will not be a factor this year, which will definitely shake things up. Despite the fact that the Big Ten has run through Ohio State the last four years, the guys in Blue and Maize are destined to take the throne back. The number one question: Can Michigan take back the crown or will the Big Ten run through Ohio State once again?

Michigan finished with a 9-4 record last year, never found themselves ranked higher than 7th in the country, and got walloped in the Citrus Bowl by Alabama. The Wolverines will enter the season as the 13th ranked team in the country. But that could change very quickly when they open up their season in Washington. There's no secret that the Wolverines want to play as a contender the Big Ten this year. But they're going to have to win the games that they were supposed to win and then some.

Michigan currently has the 14th-best-ranked recruiting class for 2020. That's a little lower than last year when they ranked 8th in the country. While COVID took a toll on a lot of different aspects of sports, Jim Harbaugh not being able to organize recruitment sleepovers with talented high school juniors and seniors probably impacted the success of Michigan's offseason when it comes to recruiting. However, they didn't strike out completely. Michigan was able to get a handful of recruits to commit to Ann Arbor. Some of the more notable names are running back Blake Corum, edge rusher Braiden McGregor, and arguably the most important, offensive lineman Zak Zinter, a four-star recruit ranked 10th at his position. This certainly wasn't the loud offseason that many Michigan fans had hoped for following a slow finish last year, but this is why the games are played.

With a non-conference schedule that features a season-opener at Washington and two home games against Ball State and Arkansas State, Michigan will be put to the test early against these non-conference teams. The last thing this team needs is an opening week loss against Washington. Aside from that, the Wolverines will play their normal Big Ten schedule...but with a little mix-up. The idea of fans not being in the stands will completely take away the aspect of home-field advantage, which helps Michigan in my opinion.

Despite the fact that they won't be able to fill their stadium up with some of the most diehard fans in the country, this also means they'll be playing in a dead-silent stadium when they take their trips to Ohio State and Happy Valley. If Michigan wants to contend in the Big Ten, they have to win the games that we expect them to win against teams like Rutgers, Ball State, Purdue, Indiana. But they're also going to have to steal a couple of games from Penn State, Wisconsin, or Ohio State. Their schedule is far from easy, but you can guarantee that Harbaugh has his guys ready.

Michigan will return with only 11 starters from last season and the majority of their offensive line has left. However, if the guy that the line is protecting struggles to move the ball like Shea Patterson did last year, it won't matter. Redshirt junior Dylan McCaffery and redshirt sophomore Joe Milton are two possible options for quarterback in 2020, with Milton looking like the more likely candidate. McCaffery has an injury history and Milton essentially got a full year to learn the Harbaugh offense in 2019-2020. Not to mention, Milton is naturally a better athlete than McCaffery. So I expect to see Joe under center for the majority of Michigan's games. The success Michigan has at this position will likely determine whether they'll have another mediocre season or finish on-top and win a bowl game for the first time in 5 years.

The Wolverines were phenomenal on defense for the most part last year. They only gave up a little over 20 points per game. But the offense will need to step up if they want to contend with the big dogs in college football. The offensive side of the ball ranked 44th in the country in points per game. They will have a tough schedule, a different quarterback, and a lot of new guys wearing the Maize and Blue. Maybe...just maybe, Michigan can play consistent football for 12 (and hopefully a few more) games this upcoming season. Can Michigan take the Big Ten throne from Ohio State? Or will we see Ohio State win the conference for the fourth straight year? Will this be another repeat of the last three years?

previous
20 New Rules For Post-COVID MLB Games
next
I Don't Need To Win, I Just Want To Watch