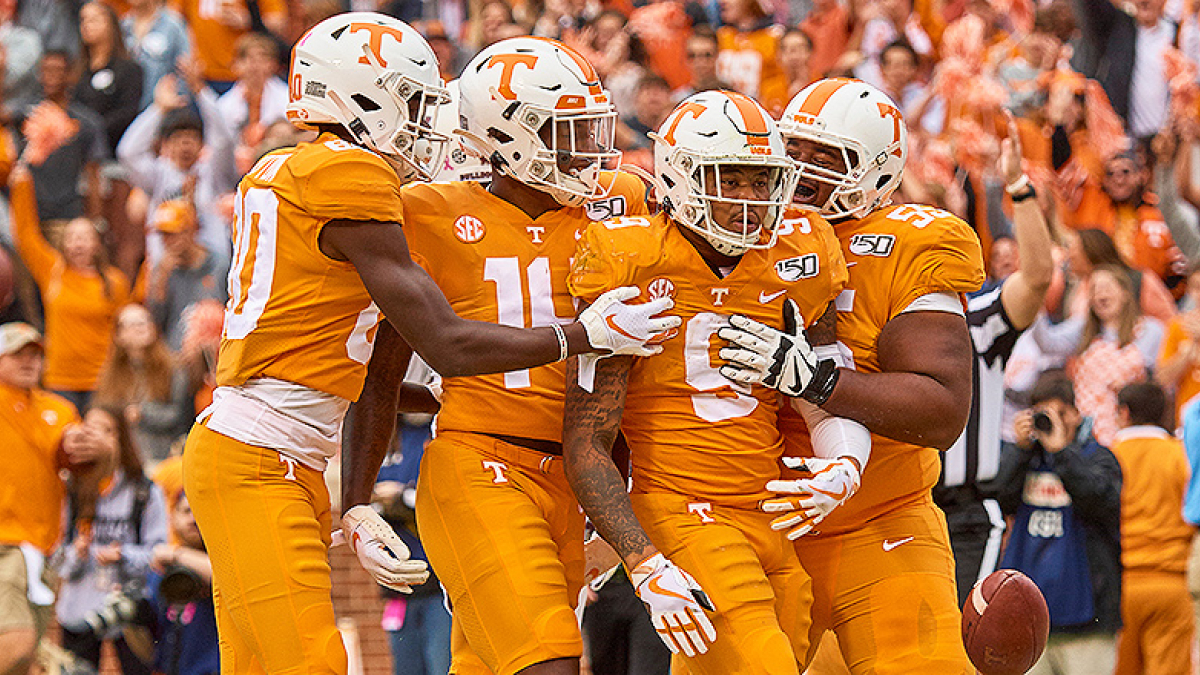 The Tennessee Volunteers will enter the 2020-2021 college football season with arguably the best recruiting class in the SEC. The Volunteers have reeled in a handful of high school standouts that chose to wear the orange and white over many other top-notch schools. Whoever is running this Tennessee recruiting program has to be one of the best people at his job in the history of employment. The guy who hired the strippers for Rick Pitino finishes as a close second. That being said, there are a lot of improvements to be made from last year.

Tennessee came into 2019 with high expectations. But after a handful of injuries and a few devastating losses, including a heartbreaker to Georgia, they found themselves in the Gator Bowl. I’m not even sure what that is. However, year three of the Jeremy Pruitt era appears to be promising, as the Volunteers have been able to bring in a handful of athletes that will allow them to compete with some of the top teams in their conference.

So Much To Love About Tennessee Football

There’s so much to love about Tennessee. The food. The music. The sports. The now-legalized gambling. Will our fellow friends in Tennessee finally see Volunteers succeed like they did back in the ‘90s? Well, Coach Pruitt and the rest of the recruiting staff is doing their part. 31 different players that hold a grade of four stars or higher have committed to come play for the Volunteers next year.

It would be impossible to go through all the incredible athletes that this football program has been able to bring into their school, players that will really give this group of guys a chance to succeed on the field. Some of these key recruits include five-star defenders Dylan Brooks and Terrence Lewis, as well as offensive weapons that include guys like WR Julian Nixon. Also joining the Volunteers is the No. 1 JUCO RB in the country, Tiyon Evans, and a handful of offensive linemen to protect whomever the Volunteers decide to have under center this year.

Not only will the Volunteers come into the season with one of the best recruiting classes in all of college football, but they will also be fortunate enough to return WR Josh Palmer, QB Jarrett Guarantano, and speedy RB Ty Chandler from last year’s core. The Tennessee Volunteers came into the offseason with a struggling defense. But some promising young stars on their roster led them to a hot finish last year. If the Vols can figure out their quarterback situation, they have the offensive line, receivers, and defense to allow this team to make some noise this upcoming season.

Despite a great recruiting class, running the SEC is no easy task. Aside from playing their in-conference opponents, which include games against Alabama, Florida, and Georgia, they will also be tested when they’re forced to travel to Norman to take on the Oklahoma Sooners. Out of those are four games right there, Tennessee must find a way to win at least two to even be in the running for the SEC West, let alone the College Football Playoff. All in all, this team certainly has the talent to get it done. Let’s see…whenever it might be…what this team looks like when they hit the field.

previous
NL West Preview: Key Additions & Losses
next
Is This The Worst Offseason for the Boston Red Sox?