The Greatest Gambling Songs of All Time 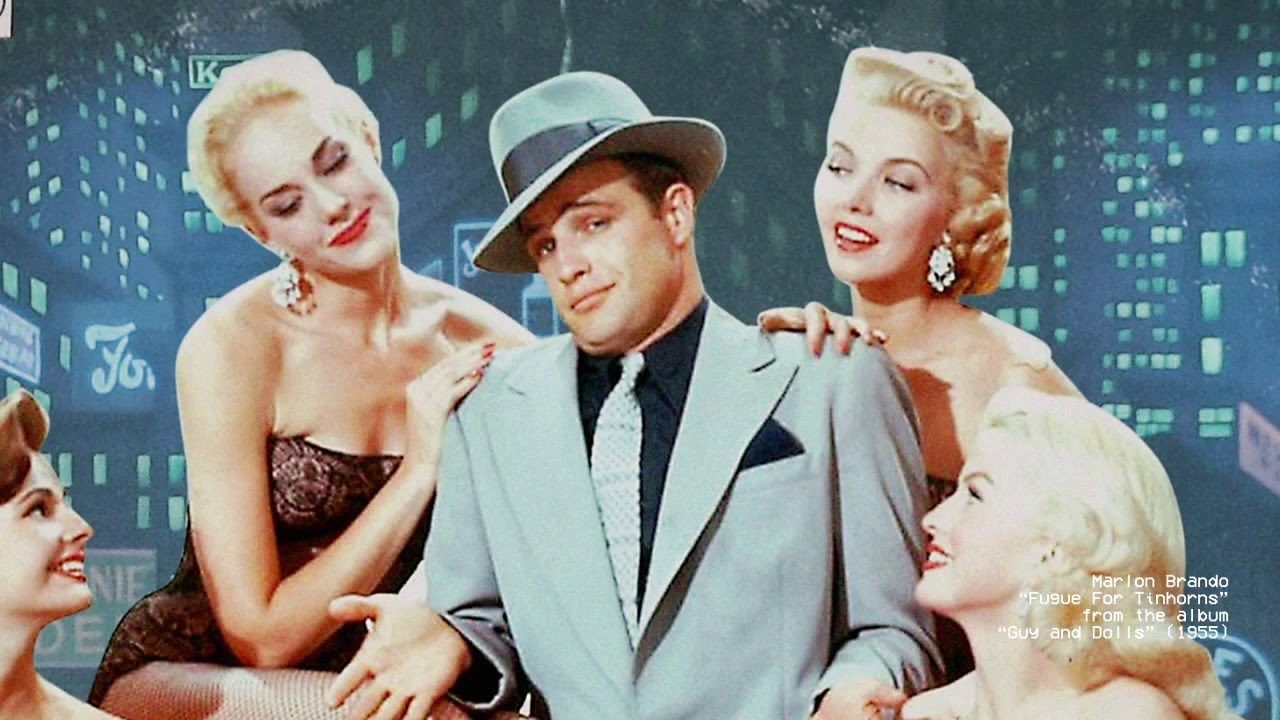 It has to be about playing cards or the ponies or roulette or betting on sports. It has to be a gambling song, not a song that uses gambling for metaphors about life.

With all that being said and without further adieu this is my list of the greatest GAMBLING songs of all time.

Fugue for Tinhorns – Guys and Dolls

Could go 12 rounds with "The Gambler" for catchiest tune ever written about gambling. It came from the smash play/movie Guys and Dolls. The play was based on a series of shorty stories written by Damon Runyon, a man that knew a thing or two about the world of action.

I got the horse right here,
the name is Paul Revere
And here's the guy that says that if all weather's clear
Can do, can do,
this guy says the horse can do

Not to be confused with the Lady Gaga song that has nothing to do with poker, this song drops all kinds of poker references as it tells the tale of a No-limit hold ‘em player.

I’m not always a huge fan of GFK, but I am of this tune.

Oh, there's blackjack and poker and the roulette wheel
A fortune won and lost on ev'ry deal
All you need's a strong heart and a nerve of steel
Viva Las Vegas, viva Las Vegas

The King singing and swinging in the movie with the same name. Elvis always looked great back in his glory days, but the lip-synching in the movie is absolutely awful. Check out the clip below, maybe they thought everyone would be looking at his hips and it wouldn’t matter.

This a song that had to be written by a real gambler. I can see some poor shnook that’s been on a bad run sitting all alone drunk in the corner of some casino or tavern, looking to the heavens having a conversation with lady luck to bail his ass out.

The Card Cheat - The Clash

London Calling is my #1 album of all time, so it should not come as a surprise that it would make my list. From the opening hammer on the piano the song makes a statement, look over here I’ve got something to say.

P.S.: My mother would also liked the moral of the song that “cheating never pays”

But the dealer just stares
"There's something wrong here", he thinks
The gambler is seized and forced to his knees
And shot dead

Words to live by of you’re a gambler. Jerry Reed’s tale of going hot-cold-hot-cold is one that many a gambler has lived through.

I am totally stunned that the protagonist in this Jeff Tweedy song loses all his money and doesn’t hit it big and party with his pals all night long. I think the ratio of happy to sad gambler songs have to be about 5-1, which I think is pretty close to the ratio of people that win gambling to people that lose.

The Hold Steady is the 2nd greatest garage band to come out of Minneapolis and this song is not about a cookie. It’s the story of a girl that likes to do meth and pick the ponies at the track. One day she eyes a horse named Chips Ahoy, and her and the protagonist in the song decide to step up to the big window.

She put $900 on the fifth horse in the sixth race
I think its name is "chips ahoy!"
It came in six lengths ahead, we spent the whole next week getting high
At first, I thought that she hit off some tip that she got from some other boy
We were overjoyed

Lilly, Rosemary and the Jack of Hearts – Bob Dylan

I can’t tell you how many times I listened to that song on an 8 track driving to New Hampshire in our White Caprice Classic. Blood On The Tracks is still one of my all-time favorite albums and this is my Favorite song. The story of a Mysterious Man the “Jack of Hearts” riding into town to rob hearts and money. It gets a bit murky as to what exactly happens in the mining town, but if it wasn’t murky, it wouldn’t be Dylan.

The song was written by a guy named Don Schlitz, and the great Johnny Cash recorded it and it went nowhere. Kenny Rodgers recorded in 1979 and seared it into the brain of any person that has ever paid vig, laid action, or caught a chicken bone in the throat. It is the greatest gambling song of all time and if you don’t think so, you’re probably not a gambler.

previous
The Actual Best and Worst Bets in the World
next
We Are the Chompions!