NBA Rookie of the Year 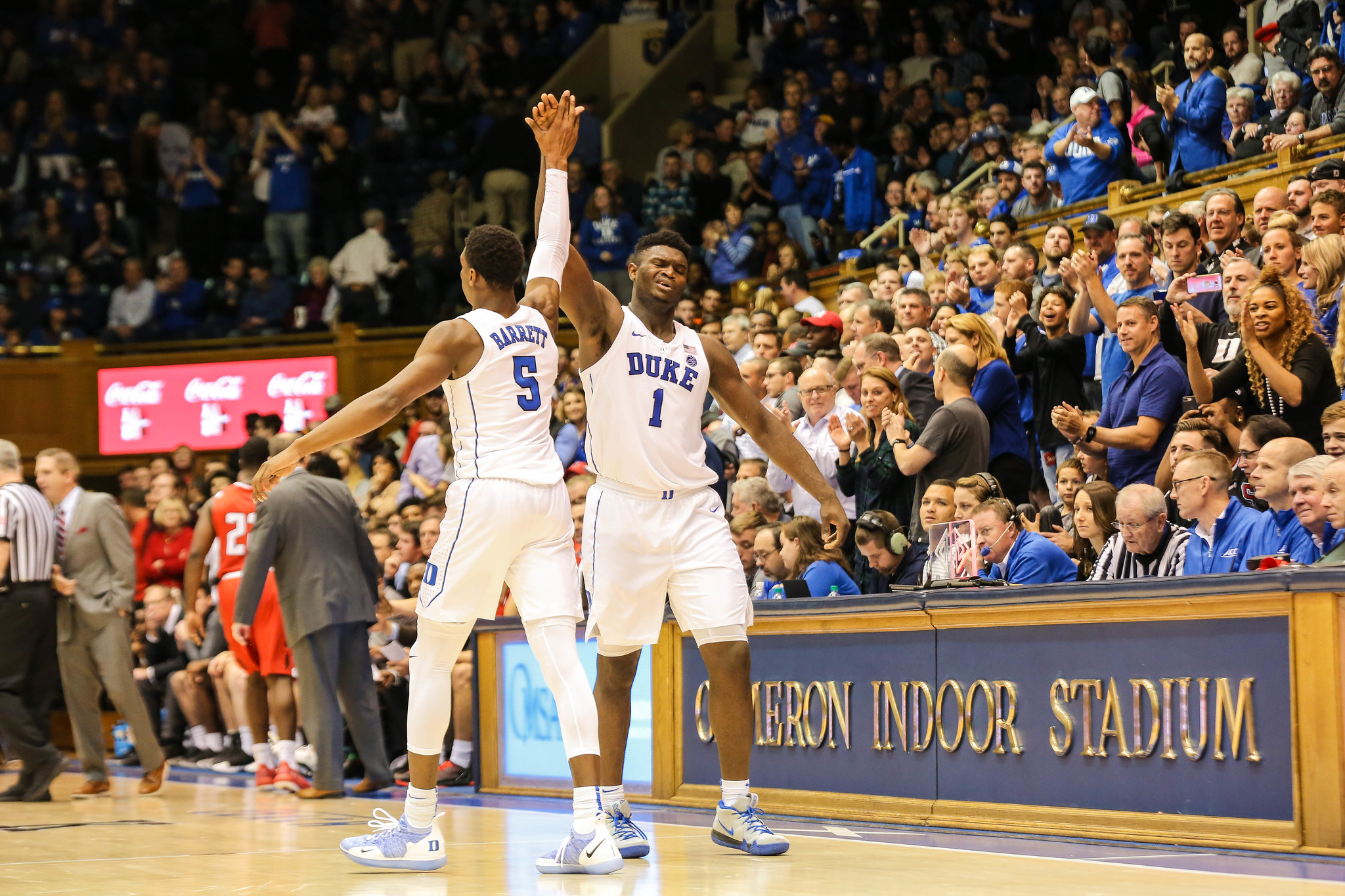 The NBA Rookie of the Year Award may be the only thing on earth that is more top-heavy than actress/model/Mrs. Verlander, Kate Upton. In the last 30 years, only twice has the winner not come out of the top 10 picks (Michael Carter-Williams #11 and Malcolm Brogdon #36), and over the course of the last 10 years, the #1 pick in the draft has won the award 5 times.

This year it looked like the #1 pick Zion Williamson was going to be the unanimous winner of the award. He had everything – skill, strength, superhuman leaping ability, and a smile/personality that was going to make him a superstar on and off the court. But then something funny happened on the way to the Rookie of the Year podium – he got hurt. Zion’s right knee, which had given him some problems during his days with Coach K in Durham, began to flare up, and the Pelicans shut him down.

With Zion’s injury, the ROY picture becomes much murkier. Let’s take a look now at a much more interesting race.

When the season opened, Zion was a paltry +125. Everyone and their brother had him leaping above the crowd. But when the team sat him down, a lot of questions started to fly around. Is he going to be able to stay healthy? Or is he going to be entering the race too late? Is load/injury management going to cut his minutes and kill his numbers? Are the Pelis going to suck so bad that no one really cares?

That’s an awful lot of questions for someone who is the favorite.

The leap from the Ohio Valley Conference has not been a super difficult one for Ja Morant. In eight out of his ten games, he has hit double figures. He had a memorable performance in his first national TV game, torching the Jazz for 26 points and 8 dimes. He leads his team in points and assists, and the Griz have played above expectations in the oh-so-difficult West.

Morant is also possible of superhuman plays where he appears on SportsCenter flying above the opposition. He’s going to need that type of pub to bolster his campaign because playing in Memphis doesn’t help your Q-rating.

Not as many questions as Zion and a much better value at 3-1.

Lost in the fog of the Knicks’ horrific start to the season is the fact that RJ Barrett has had a solid start to the year. Almost 16 points per game along with 5 and a half boards, the Dookie has lived up to the hype of being the #3 pick. Pegged by some as just a shooter, he’s moved the ball nicely and hit the boards when needed. Now if he would play better D, he’d be the total package.

Playing in NYC puts you on the front page. And if the Knicks can win a little and he helps stop the flood of L’s, RJ and not Zion might be the former Blue Devil who takes the crown.

You may be asking yourself “Who the hell is Kendrick Nunn?” I was asking that same question myself back in October when I looked at a box score and saw some dude on the Miami Heat that I had never heard of put up 40 in a pre-season game against Houston. He followed that up by scoring over 20 in each of his first 3 games in the league.

To give you a little more 411 on Kendrick, he’s a 24-year-old rookie who graduated from Oakland University (in Detroit, not No Cal). He started out at Illinois but was bounced from the team after he got arrested for assault. In his one year at OU, he led the nation in 3 point shooting and was second in the country in scoring to Trae Young. Kendrick’s past scared off scouts and he went undrafted, and he spent last year plying his trade in the G League.

The Heat signed him in the offseason, and all that he’s done is lead all rookies in scoring and steals and put himself in serious contention to be the Association's top rook.

There’s no question if they gave out an award for best rookie hair, Coby White would win in a landslide. But they don’t.

Above and beyond his magnificent ‘fro, Coby has been pretty damn good. Bombing away from 3, throwing himself all over the place playing D, and dishing out dimes, Coby has been a bright spot in the dark gray start to the Bulls’ season. The continued ineptitude of Kris Dunn and Tomáš Satoranský is going to allow Coby to play big minutes as the Bulls try to build a young core.

I love Coby’s game and his situation, but I don’t see enough in his tank to get him over the finish line in this race.

This Kentucky rookie brought a smooth game with him when he moved up to Charlotte from Lexington. The #12 pick in the draft is shooting 52% from the floor and 48% from 3. He's averaging 12.5 points per game. We are seeing excellent efficiency from the power forward. Given his numbers and the Hornets' lack of sting, I can see his production rising as the season goes on. I really like his game and the variety of ways he can score and would not be shocked if at the end season he’s named the league’s top rookie of the year.