Who Will Hoist the Heisman – Betting on College’s Biggest Trophy 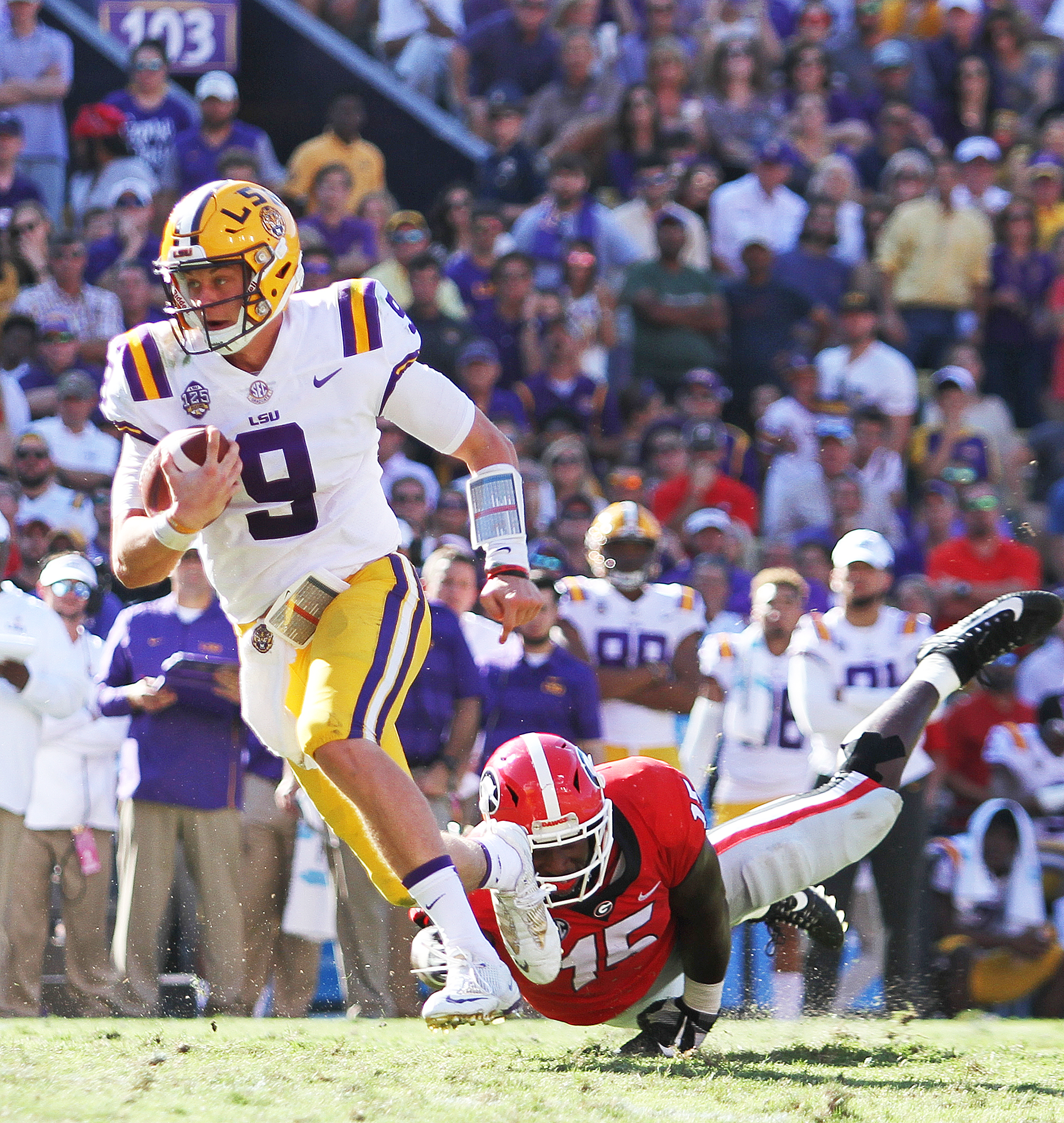 It’s been a great season for college football. And as we go down the stretch drive into Bowl season, we sprint towards the awarding of the Heisman Trophy.

There is no award in sports where it is more of a curse to be one of the early favorites than the Heisman Trophy. Since 2009, ninety players have been in the top 10 pre-season favorites. And out of that ninety, only two have taken home the trophy. An amazing 80% of the winners have come outside of the pre-season Top 10.

Bryce Love was last year’s heavy pre-season favorite. But when they counted the votes at the end of the year, Bryce got no Love and registered 0 Heisman votes. Kyler Murray, who was not in the pre-season Top 10, got 2167 Heisman votes and won the award.

This year, all the chatter was Tua versus Trevor. Tua versus Trevor, which one of these mega-star QBs is going to lead their mega-star teams to the promised land and pick up the biggest individual trophy in all of collegiate sports?

But, as always, as we head into the last week of play before Heisman voting commences, neither of those two have a shot at winning. Below, I take a look at who should win the award and which long shot might make a stretch run and pip the award.

Joe Burrow opened the season at 200-1 long shot as the QB of the LSU Tigers. In week 2 of the season, he turned the Texas Longhorns into hamburger meat as he grilled them for 471 yards and 4 TDS, and his odds dropped to 9-2. In his 9th game of the season, he turned back the Alabama Crimson Tide, throwing for 391 and 3 TDs, and he became a 1-2 favorite. This Saturday, he heads into a showdown with the Texas A&M Aggies, and Burrow sits as a 1-10 favorite to win the award.

Joe Burrow is certainly deserving of his lofty status. For years, LSU has been a team that has ground out wins with a ferocious D and powerful run game. Run-and-gun passing has never been the Bayou Bengals’ strong suit. This year, Burrow has turned that image on its head as he’s completed 78.9% of his passes (that is not a typo it really is 78.9%) for 41 touchdowns while only throwing 6 picks for the nation's top-ranked team.

Make no mistake, Burrow deserves to be the front-runner and will most likely be the winner. But who the hell wants to back a 1-10 favorite?

The Contenders With a Shot

He was a star at Alabama, but, this year after transferring to Oklahoma, he’s become a superstar under the guidance of the QB whisperer Lincoln Riley (who incidentally mentored his last 2 QBs, Kyler Murray and Baker Mayfield, onto the stage at the Downtown Athletic Club to collect the Heisman). Not only has Jalen Hurts thrown for 3,184 yards and 30 TDs this year for the Sooners, but he’s also rushed for 1156 yards and 17 TDs. Hurts has totaled a whopping 47 touchdowns by land or ground. And he still has one game left as OU tangles with OSU in their annual Bedlam Bowl on Saturday.

Hurts has had an all-world season, and if the Sooners’ D hadn’t completely collapsed against K-State and give up 48 points to the Wildcats to blow their undefeated season, the odds on Jalen winning would be a lot closer to 3-1 than 25-1.

If there’s a bigger college football game in the country than Ohio State/Michigan I don’t know what it is. I think the Iron Bowl and The Dot the I/Go Blue games are equal (what a cop-out). The Alabama state championship elicits more passion and dominates the south completely. But people across the nation follow the Midwest border skirmish more closely, and it has a longer history of titanic games. It’s a pick ‘em for which game is bigger.

The #1 or #2 biggest game – it matters not in this conversation. The eyes of the nation will be firmly focused on Ann Arbor, Michigan, this Saturday when the two clash again. The Heisman ballots go on Saturday. And there are two Ohio State players who are firmly in the mix right now for the trophy. With a monster game on Saturday, they could vault over Joe Burrow and take the glory.

Make no mistake – as well as Burrow and the other QBs have played this year, Chase Young has been hands down the best player in college football in 2019. Wisconsin and Penn State, Top 10 teams, are the two best teams that the Buckeyes have played this year. In these two games, Chase Young had 7 sacks and forced 4 fumbles. 7 sacks and 4 fumbles in two games is outrageous production against Rutgers and Maryland. But he did this against Penn State and Wisconsin. The Bosa Brothers (Nick & Joey) combined never put up those types of numbers against the Nittany Lions and the Badgers.

Let's say that Chase Young is by far the best player in college football. And let's say that they award the Heisman to the best player in college football. So why the hell is he 20-1? Well, first off, only one defensive player has ever won the Heisman, and it was Charles Woodson. But he also played offense in 1997 when he won the award and led the Wolverines to a national title. Chase Young will not be returning punts, catching passes, or running end-arounds on Saturday to bolster his odds.

When Justin Fields was coming out of high school, he was locked into a battle with Trevor Lawrence as to who was the #1 recruit in the country. By the time signing day rolled around, Justin had committed to Georgia. And analysts considered him the top prize in the 2017 recruiting class.

Things don’t always work as planned, and Justin could never leapfrog over the incumbent QB Jake Fromm and take the starting job in Athens. This did not please Justin, and he decided to transfer up to Columbus, Ohio, and play for the Bucks. Well, this move turned out “pretty-pretty” well, and he’s been an incredible addition to the team in Columbus. 33 TD passes and just 1 pick illuminate the incredible season this sophomore has had. And the numbers would be even bigger if he hadn’t been removed from so many Buckeye blowouts.

His biggest roadblock is that he’s going against two other QBs that will chop up the vote for him. He is 14-1, and a monster game against Big Blue might propel him to the top of the heap. But I just don’t see it happening.