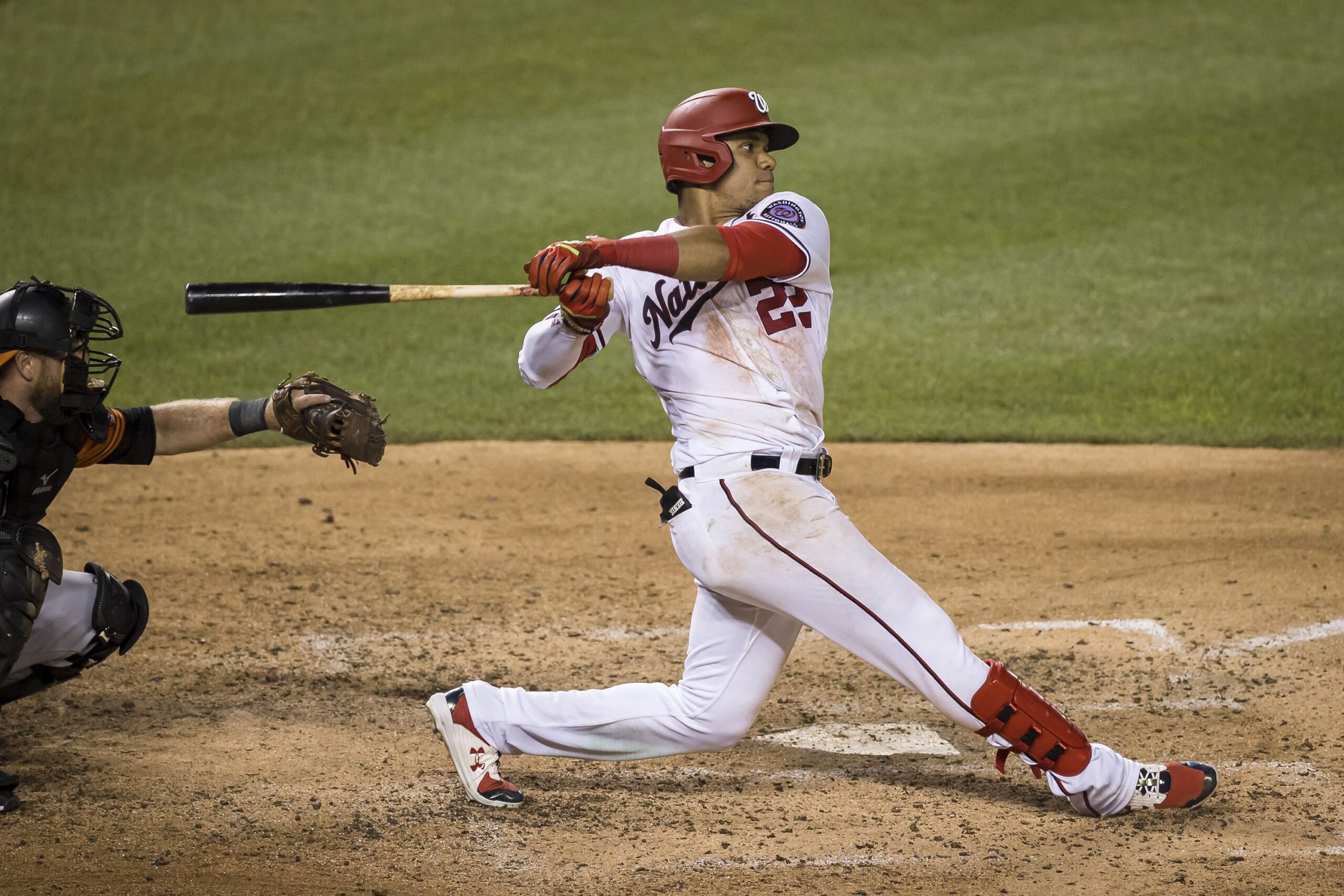 We started off the week on a high note Monday as I went 3-1 with my recommendations. Overall, my record now stands at 27-11-1 for the MLB season. I’ll try to keep us going in the right direction with four more wagers (all involving total runs) that could prove to be winners Wednesday. All odds were obtained from the BetMGM Sportsbook.

Despite losing Anthony Rendon during the offseason, the Nationals have a .765 OPS that ranks as the eighth-highest mark in baseball. That’s helped them score at least five runs in five of their last seven games and at least five runs in both of the first two games of this series against the Braves. The Braves’ starting rotation is in shambles right now because of injuries. So it should come as little surprise that the Nationals have had success against them so far.

The Braves will send another struggling pitcher to the mound in Kyle Wright, who has a bloated 2.20 WHIP across his first four starts. He allowed at least three runs in four of those contests, which has contributed to his 7.20 ERA. He also had an 8.69 ERA and a 1.88 WHIP across seven appearances in 2019. So his struggles this year haven’t exactly come out of nowhere. Look for the Nationals to provide another scoring outburst here.

I’m looking to attack this matchup against Wright in more ways than one. I wanted to take Soto over 0.5 total hits, but the -250 odds aren’t exactly appealing. Let’s roll with Soto to drive in at least one run, instead. He has a crazy .938 slugging percentage so far, which has contributed to him recording 16 RBI across 13 games. In fact, he has failed to drive in at least one run in a game only three times all season.

Wait, I’m taking the under on a game at Coors Field? That’s normally a risky proposition, but I think it’s the way to go with this contest. The Astros are banged up right now with Yordan Álvarez (knee) and Michael Brantley (quadriceps) on the IL. And George Springer is day-to-day with a wrist injury. Add in Jose Altuve’s .168 batting average, and they have scored three runs or fewer in each of their last four games. Their .710 OPS as a team also ranks as the eighth-worst mark in baseball.

The Rockies might also have a difficult time scoring runs here against Framber Valdez, who has allowed four runs (two earned) across his last 21 1/3 innings. This is also a pretty lofty total to reach despite them playing this game at Coors Feld. Of their 13 home games this season, the Rockies and their opponents have totaled 12 or fewer runs six times. While rooting for a low-scoring affair at Coors Field might not be a lot of fun, I’ll still take the under here.

It’s been an ugly season for both of these teams, who are a combined 17-32. What has caused their downfall? Well, both have pitching staffs that have really struggled. The Angels have allowed an average of 5.5 runs a game and the Giants have allowed 6.1 runs per contest. Both have unsettled closer situations and a lack of starting pitching depth. So this doesn’t indicate that things will improve for either club anytime soon.

Two more underwhelming pitchers will face off in this game when Patrick Sandoval starts for the Angels and Johnny Cueto takes the mound for the Giants. Sandoval had a couple of cushy matchups to start the season against the Mariners and Rangers. But he was roughed up for five runs (four earned) in his last start against the Dodgers. He struggled with a 5.03 ERA and a 4.59 FIP across 10 appearances in the majors last year after recording a 6.41 ERA and a 4.96 FIP at Triple-A. Cueto is coming off of a strong start against the A’s, but his ERA still stands at 4.62 for the season. He also doesn’t miss many bats given his career 20.2 percent strikeout rate, which could be a problem against Mike Trout and company.