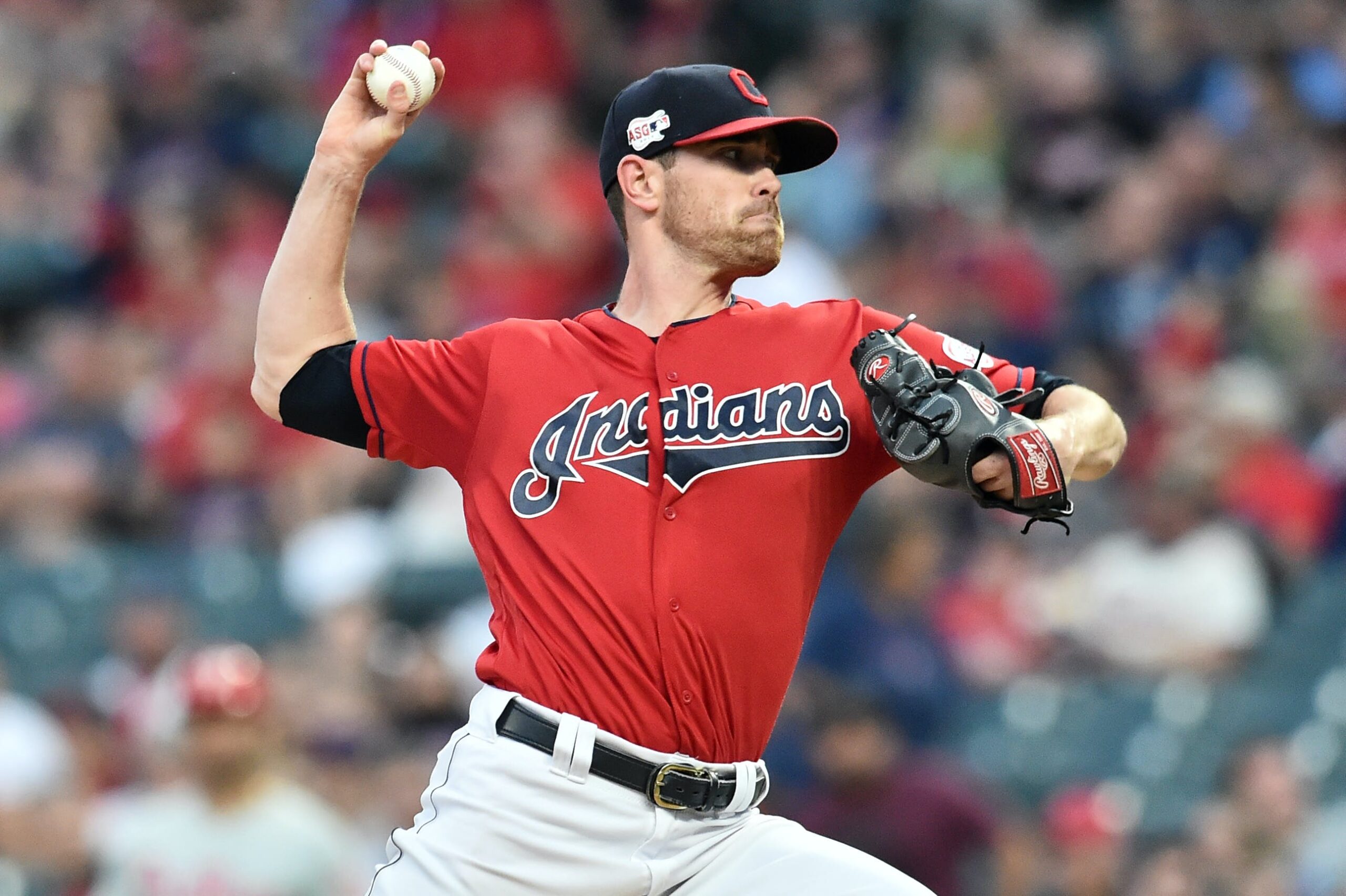 The rain washed away a couple of our wagers Wednesday with the game between the Braves and Nationals being postponed before either team took the field. That left us with a 1-1 mark over the remaining two recommendations to move my overall MLB season record to 28-12-1. Let’s dive into Thursday’s slate and discuss four more wagers to consider. All odds were obtained from the BetMGM Sportsbook.

Bieber had a breakout season in 2019, finishing with a 3.28 ERA that was supported by a 3.32 FIP. He showed excellent control with a 4.7 percent walk rate, which helped him record a 1.05 WHIP. Hitters had a difficult time making contact against him, as well, leaving him with a 30.1 percent strikeout rate. That was a significant jump from his 24.3 percent strikeout rate the previous season.

If there was any doubt about Bieber’s increased strikeout rate last year, he has quickly put that to rest with a monstrous 42.9 percent strikeout rate across his first five starts this season. He has recorded at least 11 strikeouts three times and at least eight strikeouts in all five of his outings. It helps his cause that he normally pitches deep into games. This is evident by the fact that he has thrown 34 2/3 innings already. The Pirates have one of the worst lineups in baseball, leaving Bieber with an excellent opportunity to hit the over here.

This is basically a mismatch of epic proportions. As I mentioned, the Pirates’ lineup has been a disaster, recording the worst OPS (.603) in baseball. Their pitching staff has also left a lot to be desired, which has resulted in their 4-16 record. Meanwhile, the Indians are starting to heat up with five straight wins to improve their MLB season record to 15-9. Bieber has registered a win in four of his five starts this season, and with how deep he pitches into games, this is a great spot for him to earn another victory.

The Rangers enter this contest having lost four straight games with the last three losses all coming against the Padres. They’ve had a difficult time scoring runs, averaging just 3.8 of them a night for the season. Meanwhile, the Padres have proven to have a much more potent lineup, averaging 5.1 runs per contest.

Not only do the Padres have a much more dynamic lineup, but they have a clear pitching advantage in this game, with Dinelson Lamet facing off against Kyle Gibson. Lamet has been almost unhittable across his first five outings, posting a 1.59 ERA, 0.81 WHIP, and a 32.1 percent strikeout rate. Meanwhile, Gibson doesn’t miss many bats and has a 1.41 WHIP for his career. The odds on this aren’t great, but I think the Padres dominant this contest.

The Giants have had no problem scoring runs in this series, registering at least six runs in all three games. They have been productive for an even longer stretch, as well, scoring at least five runs in five of their last six games, overall. They don’t have a lot of sexy names in their lineup, but youngsters Mike Yastrzemski and Austin Slater have provided a nice mix with veterans including Evan Longoria, Brandon Belt, and Wilmer Flores.

Look for the Giants to score plenty here against José Suárez, who'll be making his first start of the season. He was terrible last year, posting a 7.11 ERA and a 6.72 FIP. He had a 1.64 WHIP and allowed 2.6 HR/9, which is a recipe for disaster. Frankly, I’m surprised the Giants’ run total wasn’t set at a higher number. Add in these odds and this wager is one to strongly consider.