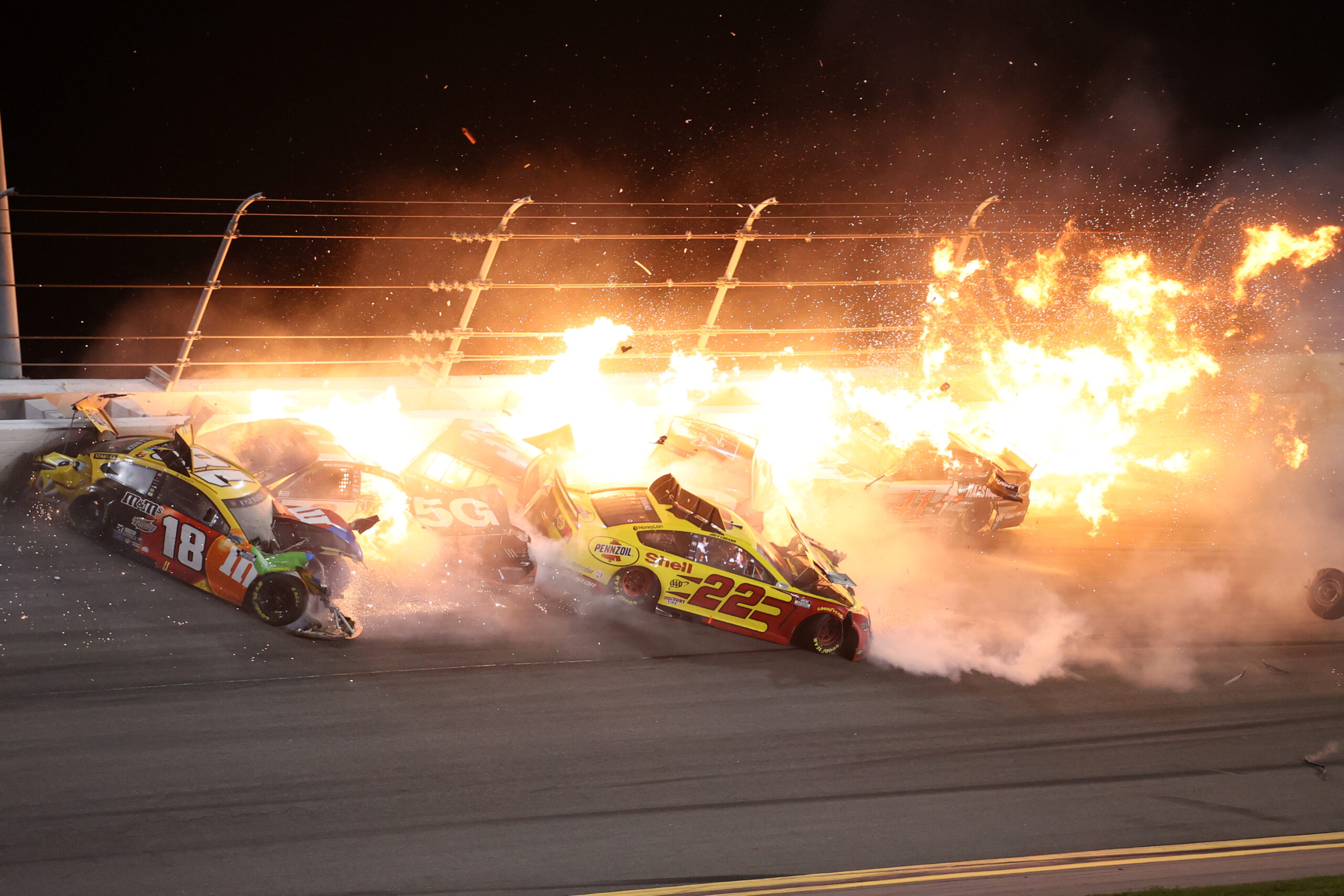 Although NASCAR is full of dangers, two NASCAR tracks are particularly prone to serious crashes. These crashes are so large and the risks of them so well known that they’re called “the Big Ones.” The Big One is a crash involving many cars getting caught in the same crash. It’s a spectacle that draws fans in.

Two NASCAR tracks are particularly known for their risks to drivers: the Daytona and Talladega Speedways. They’re not the only tracks where drivers risk the Big One. But the highest number of cars are involved in crashes on those tracks year after year. There’s something about these two NASCAR tracks that’s dangerous to the middle of the pack. Bettors should wager on these races accordingly.

Why Daytona And Talladega Are So Dangerous

It’s not that drivers crash more often on Daytona and Talladega. It’s that the crashes that do happen affect many drivers. NASCAR analyst, David Smith, broke down crash rates by driver position on Talladega. The first-place driver was safe. The second-place driver was a little less so. But drivers from third to thirtieth-place had at least a 12.5% chance of being involved in a crash. Some drivers in the middle of the pack were as high as 50% likely to be involved in a crash if there was one on Talladega.

While we don’t have that type of data on the Daytona International Speedway crashes, Smith points out that the once-safe third-place has become one of the least safe positions on Daytona. He attributes that change to:

However, the tracks themselves are also responsible for large crashes. The Daytona International Speedway is a narrow track, so cars clump together with little space to pass. Combined with grip problems chronic to Daytona, it’s unsurprising that many Big Ones are on that track.

Talladega is a little different. It’s a wider track that’s easier for drivers to grip on, which should solve the clumping problem. However, the necessity of drafting keeps everyone together. Driving close behind the next car in front reduces air resistance and increases speed. At high speeds, that gives drivers enough of a boost to pass. Unless NASCAR automobiles are no longer designed with drafting in mind, clumping will never go away.

But Talladega was built for cars at lower speeds. It was finished in 1969, but cars have come a long way since then. In that light, it’s unsurprising to see the wrecks we see today.

How To Make Informed Sports Bets On Dangerous NASCAR Tracks

The Daytona and Talladega Speedways aren’t the only dangerous tracks in NASCAR. However, they’re among the most infamous for large crashes. That has important strategic implications for sports bettors.

If you’re betting on a NASCAR race at one of these tracks, you need to keep a few things in mind:

The factors above can inform both conservative bettors and risk-seeking bettors.

If you think the drivers who start ahead will stay ahead, then limiting bets to the top three to five drivers may be a viable betting strategy. It takes the middle positions’ dangers of becoming caught in a crash and not finishing into account. Such a betting strategy doesn’t neutralize the risk of being the third-place driver. As Smith demonstrated, it’s a coveted position that seems to be an unofficial barrier between the “safe” zone and the “crash” zone (my emphasis, not his).

However, if you’re anticipating an upset, the Daytona and Talladega tracks are prime opportunities to bet on the middle of the pack. Michael McDowell started in 17th place, had 66-1 odds against his win, and he came in first at the February 2021 Daytona race. His two teammates wrecked in the last lap, but McDowell was already in the lead by then. Anyone who bet on him winning would’ve had a great payout. But few people would’ve bet on him to take the Cup home.

One Big Caveat To NASCAR Betting

McDowell won the Daytona 500, but his teammates behind him didn’t make it across the finish line. That’s one critical fact to remember. If you bet on someone in the middle of the pack winning, they could steadily make their way to first. However, they could also crash and cause a wreck that NASCAR betting strategies can capitalize on. Despite giving you “conservative” and “risky” strategies, there’s no such thing as a safe NASCAR bet. Daytona and Talladega may be the most notorious tracks, but they’re not the only ones with large wrecks or driver deaths.

However, this could help bettors navigate the complicated landscape of NASCAR betting. Bettors who want to learn more about the basics can read through our Gambling 101 guides. Betting basics are the foundation of complex betting strategies. A thorough understanding of the basics will let you create strategies of your own.