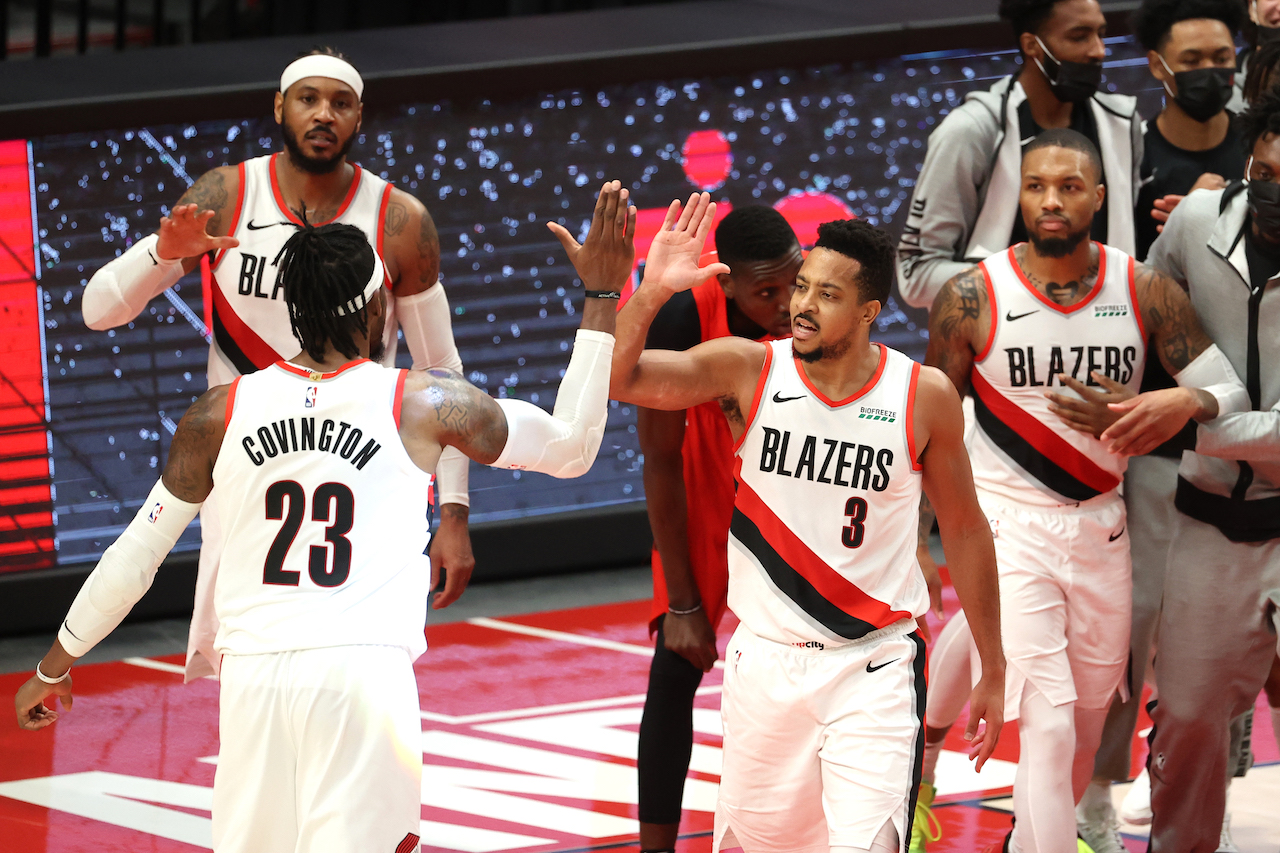 If you’re going through “Dry January,” like I am, last Wednesday was the wrong day to quit drinking. When the 76ers missed covering their spread against the Wizards by 1 point, I reached for the nearest bottle, twisted the cap, and threatened to pour the whole damn thing down my throat. Then my wife said, “Do it… you’re boring sober anyway.” That made me NOT want to drink.

Luckily, the Bucks handled their game and hit the over, so I ended up 2-2 last Wednesday. Although I have to say, I was one friggin’ point off from a 4-0 night. Alas, such is the world of NBA betting, and money can disappear faster than half of the Sixers' team due to COVID-19 “contact tracing” this past weekend. What is “contact tracing?” Sounds like something they teach in kindergarten…. Of course, money can pile up as well – which is what I’m here to help YOU do this afternoon.

Did you see the Clippers collapse against the Warriors? HOLY CRAP. Steph Curry is once again an MVP candidate and proving that no matter what all the online hoop Instagram accounts say, he’s still a top-five player in the league. I am suddenly a big believer in the Warriors. Watching their comeback made me think that either the Clippers are in “playoff form already” (losing huge leads) or that the Dubs are a playoff team even without Klay Thompson. I know, it’s too early to tell; the season is younger than Larsa Pippen’s next boyfriend.

The bad news is that the Heat/Celtics game was postponed yesterday due to higher numbers than usual. And the Pelicans/Mavericks game was postponed this morning because the Mavs didn't have enough players. Will the league shut down for a while? Not yet, but yeah, it sucks. These health and safety precautions can also affect your moneyline and your spread come game time. It’s hard to keep your eyes glues 24/7. So, assuming that all players are healthy and free of COVID-19 today, here are some sure-fire NBA picks.

My "for sure money" went bye-bye a few hours ago when the Mavericks game was canceled due to NBA COVID-19 protocols, so I’m pivoting and jumping in on the Charlotte Hornets/New York Knicks game for these first picks. First of all, is there a more exciting player than LaMelo Ball right now? No. He’s getting triple-doubles at age 19! When I was 19, I was getting three double-doubles from In-N-Out Burger. Respect the young man’s game. Can the Hornets keep up their hot streak and beat the Knicks by 4.5 points? This is tough because, as has been noted previously, the Knicks have burned me twice already this season. BUT they looked like crap against Denver AND this is the second night of a back-to-back…. So, once again, I’m betting against the Knicks and saying that Charlotte will win by at least 5.

The 212.5 point total is going to be hard to hit – especially since the Knicks are going to be tired from the travel and from getting their asses beat by Denver. Julius Randle, despite his breakout season, is still a fairly inconsistent scorer when not rested, so I’m taking the under here. If the Knicks burn me again, I’ll fly to Coney Island and eat 9 raw hot dogs, Joey Chestnut-style. Come on, LaMelo, take the Hornets to a 5-game win streak…

CJ McCollum has been playing like a man possessed lately, and recently passed Rasheed Wallace on the Blazers’ all-time scoring list. About the only thing that Rasheed passed when he was in the NBA was a blunt to the left-hand side. So what CJ has been doing is pretty mind-blowing to watch.

Meanwhile, the Raptors seem to be scoring a lot of points but losing a lot of games. It’s about as unfamiliar to Toronto fans as a Drake single that doesn’t debut in the top 5 of the hip-hop charts. Maybe it’s because the team is living and playing home games in Tampa, Florida, a city whose number one export is phosphate, which helps develop fertilizer. Even Kyle Lowry has said that the Raps need to get grittier and play “nastier,” but it ain’t gonna happen in Rip City. Especially on the back leg of a back-to-back. Lillard and CJ are still as lethal a duo as the NBA has seen. And look for them to run all over Lowry and VanVleet today. At the very least, they will win by more than 4 and move to 6-4 for the season.

As far as points go, I’m torn. I think 233 is an attainable number… especially since the Blazers score relentlessly, and even in their recent losses, the Raptors have put up 144, 126, and 116 in their last three games. Portland is hitting big numbers too – so I’m taking the OVER here. I’d also put some money on CJ dropping 30 plus points.

All right friends, there you have it. Assuming we don’t see the NBA limiting rosters due to COVID-19 protocols, these picks should stay fairly consistent. I mean, Doc Rivers joked that Dwight Howard would have to play point guard for the Sixers over the weekend due to this unfortunate virus. So I don’t really know what to expect from any team during these high-number days. Let’s just hope that the players in the games pass their tests and get on the court in their proper positions. Last thing we need is Robin Lopez playing the two for the Wizards this afternoon…