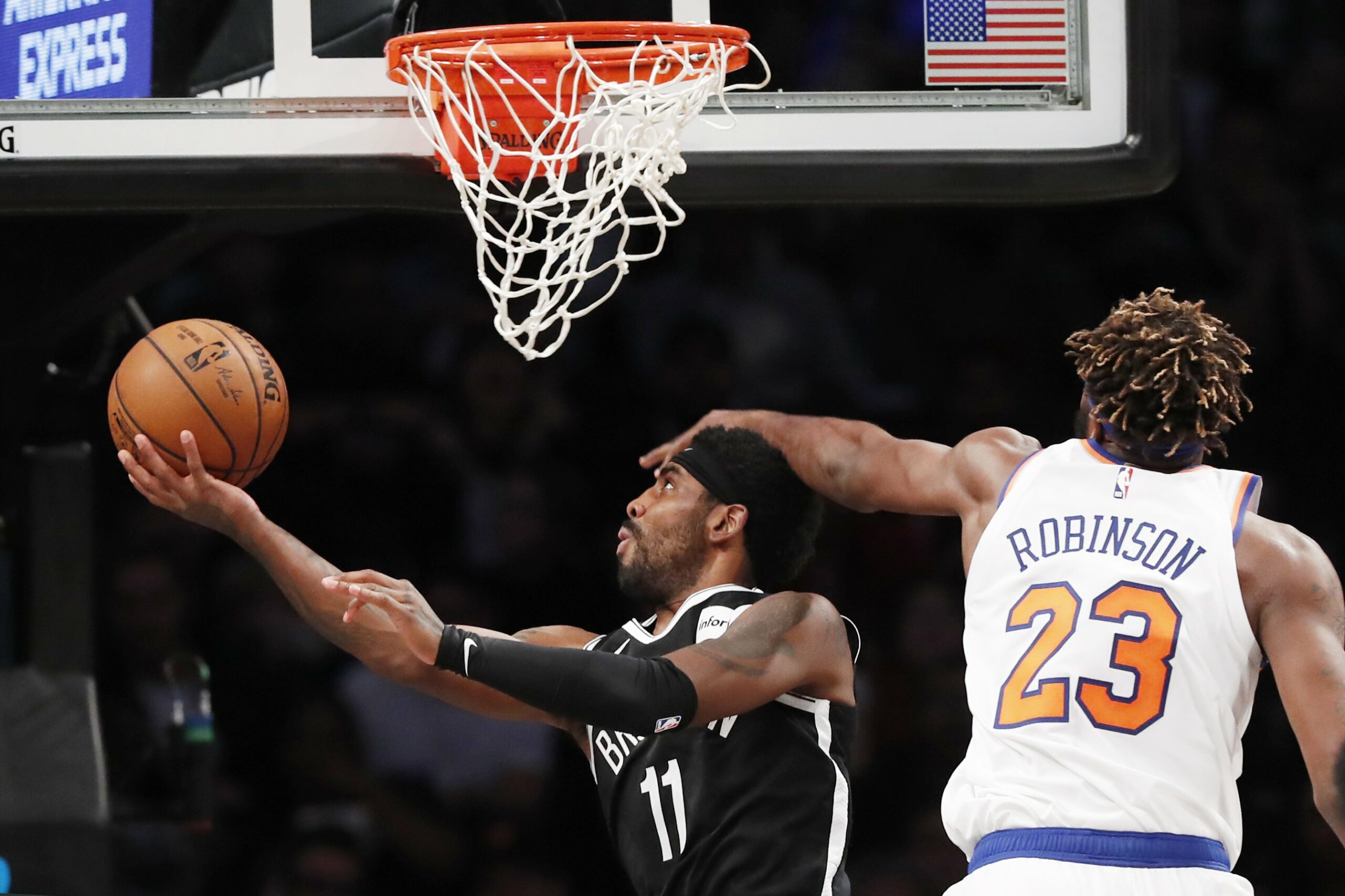 I am still reeling over Pascal Siakam’s triple-double against Portland that ruined my perfect night Monday by three points. Alas, this is the weirdest NBA season I’ve ever seen, and nobody knows when teams like the Raptors or the Kings are going to look like the 1996 Bulls on any single night. This season has made me feel as uneasy as the video of Kyrie Irving partying mask-less with his sister a few days ago. Speaking of Kyrie, BRUH – OK, we can blame the Capitol riots as an excuse to sit out some games. But dude, the world ain’t flat and, when you’re making $20 million a year, Steve Nash needs you out on the court. The Brooklyn Nets lost to the Thunder and the Grizzlies last week, dude. In the words of Notorious B.I.G., “Where Brooklyn at [in your priorities]?” I’m asking you, Kyrie. Don’t make me bet against the Nets.

The Nets are on a back-to-back, but the travel from Brooklyn to Manhattan isn’t exactly gonna cause too much jet lag. I would bet against the Nets if they weren’t playing the Knicks today. Not sure where it’s all gone sideways for New York in the past week. But maybe it’s because Julius Randle has been getting eaten alive recently like he was one of ARMIE HAMMER’s girlfriends. (Have you read those stories today? Yikes!) Since Kyrie’s little vacation and the Knicks’ losing streak, the most exciting news in NYC has been the trade for Francisco Lindor… We know that the news cycle moves pretty fast these days, but the Nets won a big game against the Nuggets yesterday and will continue the run today – and win by more than 5.

The Knicks are turning the ball over and have lost the direction of this one-time mighty(ish) ship. Even though I think the Nets are gonna feast on the Knicks and their recent sloppy defense like they were James Harden having a pre-game meal, the scoring won’t be astronomical in this game. Is 219 doable? I’m actually going to say NO. The Knicks will lose, but not give up more than 102-105 to the Nets. Take the under. If Kyrie comes back? We shall see how that changes everything.

Giannis’ back spasms can’t hide the fact that the Bucks are shooting close to 50% from the field. I feel a little silly constantly going back to the Bucks for guaranteed picks, but hey man – this is a bettor’s league. If I can win you some cheddar, then the least you could do is have a wooden cutting board ready to serve me when I show up at your house unannounced. I’ll bring the wine. Look I did have a fun Suns-Hawks pick in this article, but COVID-19 be damned - they shut that game down faster than Trump’s Twitter account. So, we go back to Giannis, Middleton, and Holiday, who are no match for Blake, D-Rose, and Jerami Grant (most improved player of 2021 though?). I will watch and tweet this game and laugh as Milwaukee wins by 14.

Once again, betting on the Bucks means taking the OVER! 226.5 – no problem. I mean, the Heat and Sixers scored like 300 points yesterday. (Overtime helps.) But the Bucks do huge numbers nightly and I don’t think the Bucks are gonna struggle to score. Especially with their rebounding advantage, and add in the fact that Donte DiVincenzo has a George Clooney haircut from 1996. Take the over, make the bet. And you may even want to put some money on Giannis’ brother Thanasis scoring 4 points in garbage time.

previous
NFL Divisional Round Preview For 1/16/2021
next
Breaking Down the TomBox Picks For Packers vs. Rams