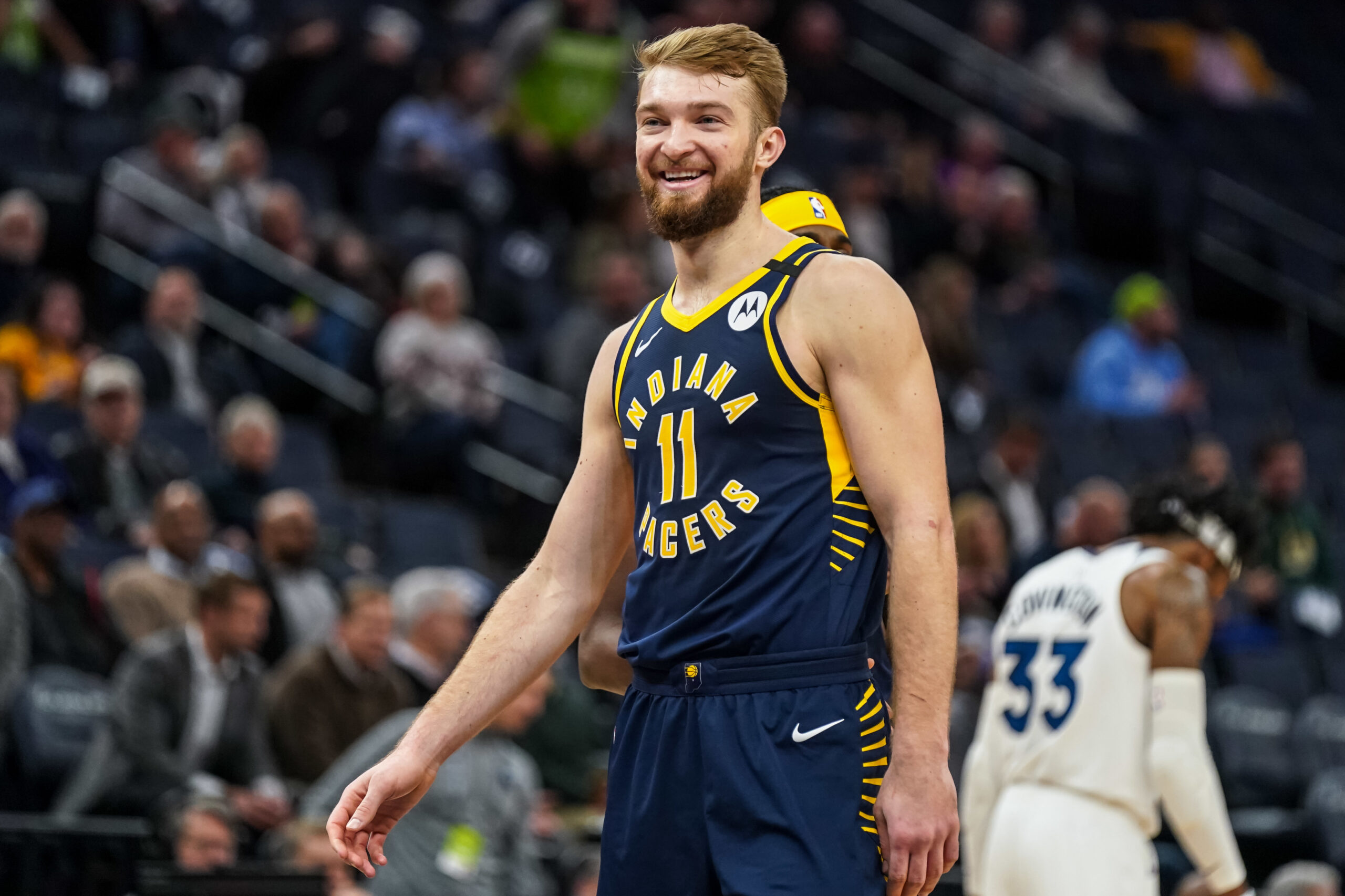 The NBA All-Star game has always been the best professional showcase for the league’s brightest, most talented, and flashiest stars. Compared with the MLB All-Star game – which is basically a snooze fest with a Home Run Derby in the middle – and the unwatchable NFL Pro Bowl (they don’t even allow TACKLING now), the NBA All-Star game has existed for decades as a certified talent and entertainment-filled blast.

The futures game is fun, the celebrity game always gives us immeasurable memes and laughs, and then you get to marvel at three-point shooting, skills, and a dunk contest that inevitably will end with Aaron Gordon getting robbed of a trophy. In 1998, when I was a younger man, the only place you could hope to see a young supermodel named Tyra Banks was in the stands of the NBA All-Star Game. It was like the VMAs of my childhood. Everybody cool was there, Shaq and Kevin Garnett had 25-pound video cameras they used to record Vince Carter’s dunk contest. And it’s always fun to see rapper Drake and wonder what team he’s rooting for this year…

Back when Kobe Bryant made his first All-Star Game, I recall an interview where he predicted the weekend would be “Bananas,” and for what the casual fan experiences watching from home, it always looks like the wildest party in any town. And it is. In 2004, the NBA All-Star Game was in my hometown of Los Angeles, and nobody could get anywhere NEAR downtown. (Unless, of course, you looked like Tyra Banks in 2004.) I looked more like Phil Jackson in 1974, so I didn’t get invited to party with Vince Carter and Tracy McGrady that year…

Anyway, last week, like most NBA fans, I was disappointed, but not shocked to see five obvious players who were snubbed from this season’s upcoming All-Star Game. After all, All-Star snubs have become a part of the NBA every season, going way back to when World B. Free was not chosen while averaging 28.8 points per game for the 1978 San Diego Clippers. (I Googled this fact, I’m not some ridiculous NBA savant.) This season has been tricky, however, as All-Stars were VERY hard to choose. Especially with such a wildly erratic season punctuated by COVID-19 protocols and load management. That being said, here are the five biggest All-Star snubs of this season, as well as five players from the past who did not deserve a spot on the team.

Okay, we all know that Devin Booker was chosen to replace Anthony Davis, who is injured, but HOW did anybody not pick this surefire superstar as a reserve? Heck, I’d start him OVER Kawhi Leonard if I was Team LeBron coach Quin Snyder, as Booker has averaged 25 points, 4 dimes, and 4 rebounds, all while helping lead the Phoenix Suns to a 21-11 start. Sure, his perennial All-Star teammate Chris Paul has been masterful in helping this team improve to the level they are at, and he made the reserve squad, but leaving Booker off is a travesty. Even LeBron tweeted out support for D Book, calling him the most overlooked player in the league.

Domantas Sabonis is the other guy replacing an injured player in the All-Star Game, as he will fill in for Kevin Durant. BUT, a week ago, he was also the FIRST PLAYER IN NBA HISTORY who was averaging at least 20 points, 10 boards, and 5 assists to not be selected to an All-Star team. If those numbers keep up, Sabonis will be in the Hall of Fame. He is a game-changer and a triple-double threat nearly every night and he is shooting over 50% from the field. Do you mean to tell me that you’d rather have Zion than Sabonis? From a jersey sales and highlights perspective, sure. But not when it comes to pound-for-pound GAME.

Khris Middleton was an All-Star last season but failed to be selected this year, despite averaging 20/6/5 for the Milwaukee Bucks. Middleton’s name doesn’t come up much because he plays in Giannis’ shadow. But he is about as consistent of a player as you would want on any team. His game is not flashy, which is probably holding back his popularity. But I guess he will forever be on the All-Star bubble until he gets his due reckoning.

Trae Young started this season in a funk, and it may have affected his presence in the year’s game. A snub for Trae will only make him work harder to come back and become an All-Star next season. Still, at 27 points and 9 assists per game, Young should be an All-Star. It’s always fun to watch this guy bomb 45-foot threes, and the game will not be as fun without his long-distance shooting.

Bam Adebayo has been very, very impressive in Miami this season, no matter how average the Heat have been. It could be that Miami’s less-than-dynamic record is what is holding Bam back from the All-Star team because it certainly isn’t his statistics. Averaging 20.5 PPG, 9.5 rebounds, and nearly six assists, Adebayo is an absolute stud on a team with NO All-Stars suiting up for the festivities on March 7. (Jimmy Butler, forever a presence at the game, was not selected due to the fact that he’s missed a lot of games this year).

Until the league decides to let the All-Star teams add 5-7 players or to cancel the fan votes, these types of articles will be written. After all, you can’t choose everyone. This isn’t an “Everybody gets a medal” league. This is the NBA and the elite need to be displayed for the fans. (Sadly, as good as Middleton and Sabonis are, I doubt there are lines of fans pining to watch them in an All-Star game the way they would LeBron.)

Now, let’s shift gears for a second and look at some past NBA All-Stars who in NO WAY deserved to be “Laettnered” on a squad. (I just made that word up for a player who does not deserve to be on an elite team by the way.) Trademark that, baby.

The “All Laettner” All-Star Team

WHAAAT! Zach, you can’t go after Kobe! No, sorry. In 2014 Kobe played in six games total and was selected as a starter. That’s like putting Klay Thompson on this year’s team. Being one of the most popular players in league history will do that for you, I guess.

NO! Zach! Not the Doctor! Yes, the doctor was NOT deserving of his starting nod in the 1987 game, as his game had slowed and he had fallen off quite a bit. However, Dr. J was such a face and force in the league for so long, I understand how a “legacy” vote could get him in. But some other deserving player somewhere got denied because of Julius’ legendary status.

This was crazy. Most folks think this happened because, at the time, you got two votes for a team. Since Michael Jordan was out whiffing at baseballs that season, Bulls fans had to vote for Scottie Pippen… and who else? Might as well be B.J. Armstrong! Get this – B.J. was the THIRD-largest vote-getter that season, behind Charles Barkley and Shaquille O’Neal.

AI is forever going to be remembered as a HOFer and one of the 50 best ever. But in 2010, he had been waived by the Memphis Grizzlies and had actually LEFT basketball at the time he was the second-biggest vote-getter in the East behind D. Wade. And Iverson wasn’t even active. I mean, fans who voted that season probably just recognized his name and assumed he was still killing everybody in the league, unaware that he had moved on and left the game behind.

Yao had played in five games that season when he was voted in. This is why fan voting sucks. FIVE GAMES! Love me some Yao, but his election to that NBA All-Star Game broke some other player’s dream. It’s a bit like the Kobe/Iverson thing, I guess…

There are more incidents of this taking place dating back to the 1950s. But these names will mean more to our casual readers for now. Hopefully, the NBA figures out a way to make this selection process a little more consistent, and players like Bam and Middleton won’t be watching their peers from the stands when they clearly deserve to join them on the court. Until then, March 7th should be an interesting game, lacking all the bells and whistles of All-Star Games past. One thing that can be guaranteed though is that an insane display of lobs, dunks, and logo threes will be seen by millions across the world. I only wish that all basketball fans could be at the NBA All-Star Game in person.

Oh, and that Trae, Bam, and Middleton could be there too.

previous
Bubble Watch: The Indiana Hoosiers
next
How To Profit Off Sports Betting No Matter What – At Your Own Risk