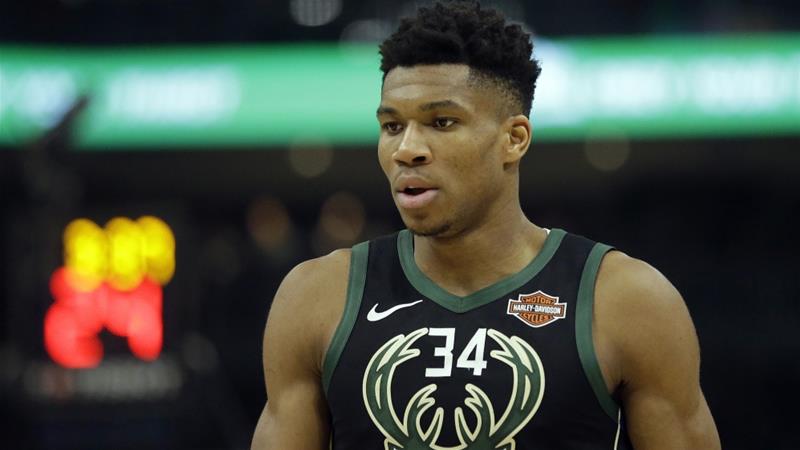 The All-Star game is officially in the rearview mirror and it’s time to look towards the remainder of the NBA season, more importantly for the betting community, NBA futures. Generally, by this point in the season, we have a decent gauge of who's going to win the individual awards. You can make the case for that this season with a couple of pretty heavy favorites. But I think there’s still plenty of value left on the board. A lot can happen between now and then. Let’s take a look at some plays that I think are worthwhile.

Let’s start with the obvious. The Greek Freak is currently sitting at -390 on DraftKings to win his second MVP in a row, and it’s no secret why. His numbers are staggering. And his team is at the top of the East and showing very little signs of slowing down. It’s his race to lose at this point, and I can’t fault you for placing a wager on him, even at -390.

Harden is the most intriguing non-Giannis candidate to me. Basketball-Reference currently has his probability of winning MVP at 12.1%, which is second-best, yet LeBron is 7/1 to win and he is 11/1. If there is any value to be found here, I think it’s with Harden. The problem with Harden isn’t the numbers, it’s team performance. The Rockets are underachieving this season sitting at 34-20 and 5th in the West. If Harden can catch some real fire and turn the Rockets’ season around in the process, I think he’d have a slim shot here. Unlikely, but not impossible.

I’d be remiss not to mention The King when discussing potential MVPs. What he is doing this season is no short of amazing, and we should all take a second and be thankful that we are getting to witness one of the greatest basketball players of all time. The fact that he is leading the league with 10.8 assists per game just proves how great of an all-around player he really is. He and his partner in crime Anthony Davis currently have the Lakers sitting at 41-12 and at the top of the Western Conference. If anything were to happen to Giannis, and Harden can’t get the Rockets going, I think LeBron becomes the obvious choice and is worth throwing a flyer on.

Rookie of the Year

It’s pretty clear that this is a two-horse race this season. With Zion missing most of the first half of the season, Ja quickly emerged as the heavy favorite to take this one home. He has the Grizzlies competing for the 8th seed in the West. And he does something incredible just about every night he takes the floor. He recently recorded his first career triple-double. With Zion looking like the real deal, this seems like less of a lock than it did just a few weeks ago but this award is absolutely his to lose.

It’s amazing that Zion is even in this conversation. After missing the amount of time he did to start the year, I thought there was no way that he’d be able to compete for this award. Yet, I'm here saying that there is pretty good value on him at 4/1 to win Rookie of the Year. Zion absolutely burst onto the scene coming off his injury. And he has quickly proved that he is very much as real as the hype. He is averaging 22.1 points and 7.5 rebounds per game over his first 10 games. With Zion being the new golden boy of the NBA, I think a portion of this award will come down to narrative. If he can keep up this pace, it wouldn't shock me to see him take home the hardware. The Pelicans are also sitting just 5.5 games behind the Griz for the 8th seed in the West. If he can carry New Orleans to the playoffs and surpass Memphis, he could be looking at a win here. I’d put some money on Zion. 6th Man of the Year

There are some decent bets to be made for this award with the biggest favorite sitting at +145. Sweet Lou is seeking his fourth career 6th Man of the Year award. He is having a season a pretty typical season by his standards, averaging 19.5 points per game and 5.9 assists. He plays for a strong Clippers team and is the leader of that second unit. What makes me nervous about him is the recent acquisition of Marcus Morris. As we saw during his time with the Knicks, Morris likes to have the ball in his hands. And that’s just another guy to touch the ball on an already crowded Clippers team. With that being said, Williams is always a solid bet to win this award. I can’t fault anyone for betting on him here.

Schröder has been a pleasant surprise this season on a Thunder team that everyone thought was toast following their off-season. He’s been a great spark off the bench and an excellent complement to Shai Gilgeous-Alexander and Chris Paul to complete their three-headed guard monster. He is shooting 38% from three and hitting two a game and scoring just shy of his career-high with 19.3 points per game. The Thunder are currently sitting at 6th in the West and don’t appear to be going anywhere. His name came up in a few trade rumors, but the Thunder ultimately decided that he merited keeping if they wanted to make any sort of run in the playoffs. I will be putting some money on Schröder to win this award.

The reasons I dislike Harrell for this award echo those of Lou Williams, but I see more value in betting on Harrell here. He is averaging career highs pretty much across the board. He has been very reliable for the Clippers coming off the bench. And in my opinion, his odds should be similar to both Williams and Schröder. You could make the case that Harrell is the second or third most important player on the Clippers this season. He picked up a lot of the slack with Paul George missing a significant amount of time and filled the void well. I think at +270 there is absolutely some value to be had with Harrell.