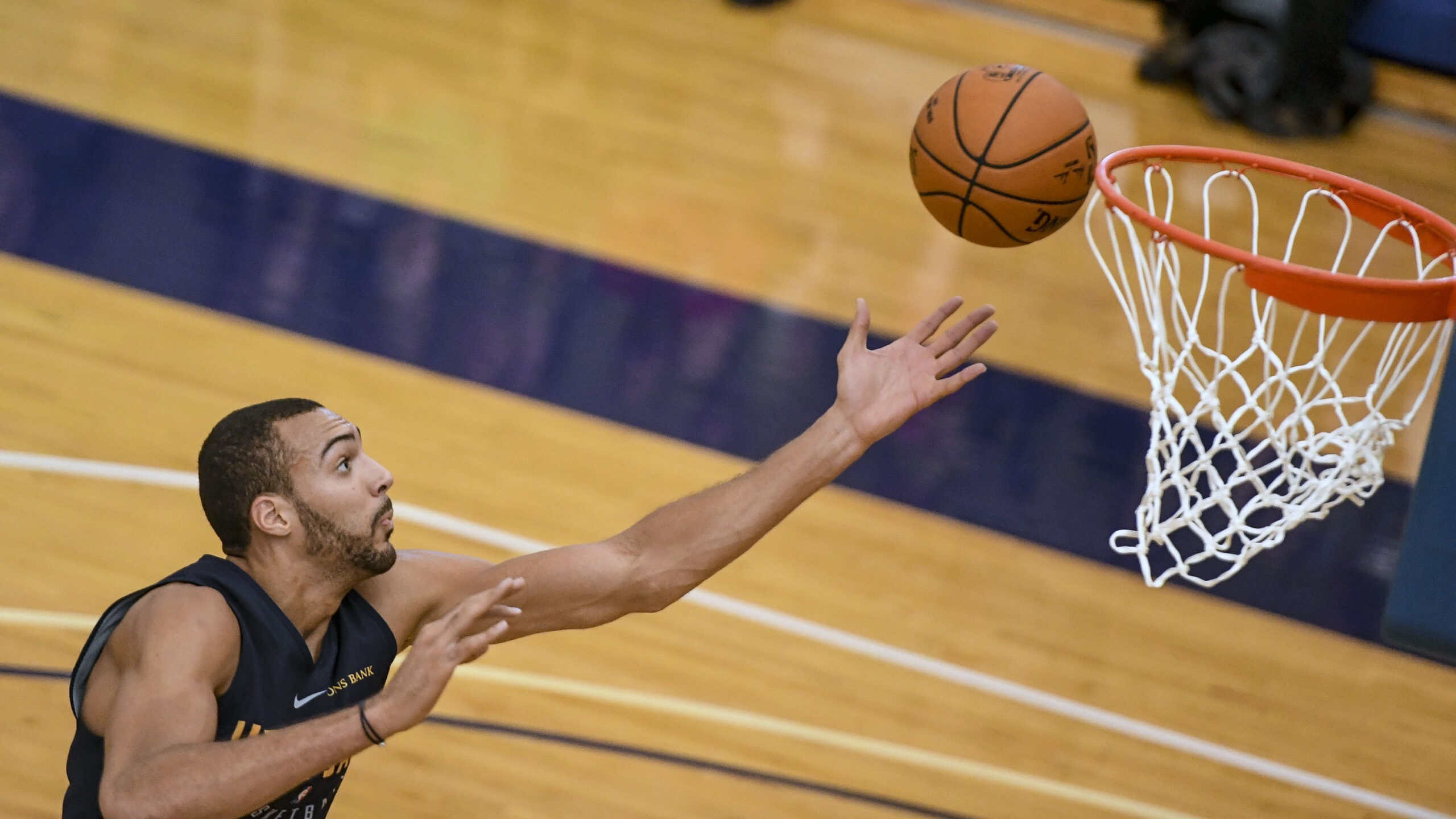 Before we get to the NBA pick of the day, there have been so many things to love about the NBA Bubble so far. For starters, it is great just to be able to watch basketball again. To my surprise, the level of play since the season has resumed has been excellent. I definitely had reservations about guys showing up out of shape, not caring, etc. I was absolutely wrong in that regard, as so many teams have shown up to Orlando looking sharp and draining shots left and right.

Another thing I have really loved about this NBA 2.0 is that there are games on all throughout the day. It’s a degenerate’s dream going from having no sports, to having action at your fingertips starting some days before lunch. That brings me to today’s NBA basketball pick, a 1:00 pm EST tip-off between Utah and San Antonio.

San Antonio has certainly been a nice surprise early in The Bubble. Sure, they are just 2-2 and likely not a serious threat, but they are clearly not going down without a fight. Their two losses came by just two and six points. The thing I’ve been most impressed by with the Spurs is their ability to light up the scoreboard.

The Spurs are averaging 123.3 points per game since entering the Bubble, good for third amongst Bubble teams. They are playing smart San Antonio basketball, and while they aren’t amongst the top teams in three-pointers attempted or made, they are shooting them at 41.8% over these first four games and still making 11.5 a game.

DeMar DeRozan and Derrick White are both averaging 20+ points per game, with Rudy Gay not far behind at 19.8 per contest. They are getting solid production out of Keldon Johnson, DeJounte Murray, Patty Mills, and Lonnie Walker. Their games have gone over in three out of their four games in the Bubble so far, and I trust that they can do their part to get us there today.

I have watched a lot of NBA games over the past week, and I have seen a lot of the Jazz. While the stats are not quite there to back it up, I am confident that they can pull their weight to cash an over of 227. Their defensive anchor is Rudy Gobert, who no doubt can clog up the middle and make things difficult for the opposing bigs. If you look at the players I named above on the Spurs, then you'll see that none of them are your traditional big man. I think the Spurs can score their points on the perimeter and force this game into being more fast-paced.

When Utah is running and gunning, they have multiple dead-eye shooters who can pile up points quickly. The Jazz are not amongst the league leaders in three's made in the Bubble, but they are 6th in three’s attempted. I think all it will take is for Mitchell, Ingles, or both to get hot from three in this one, and the Jazz can do their part to get us over 227.