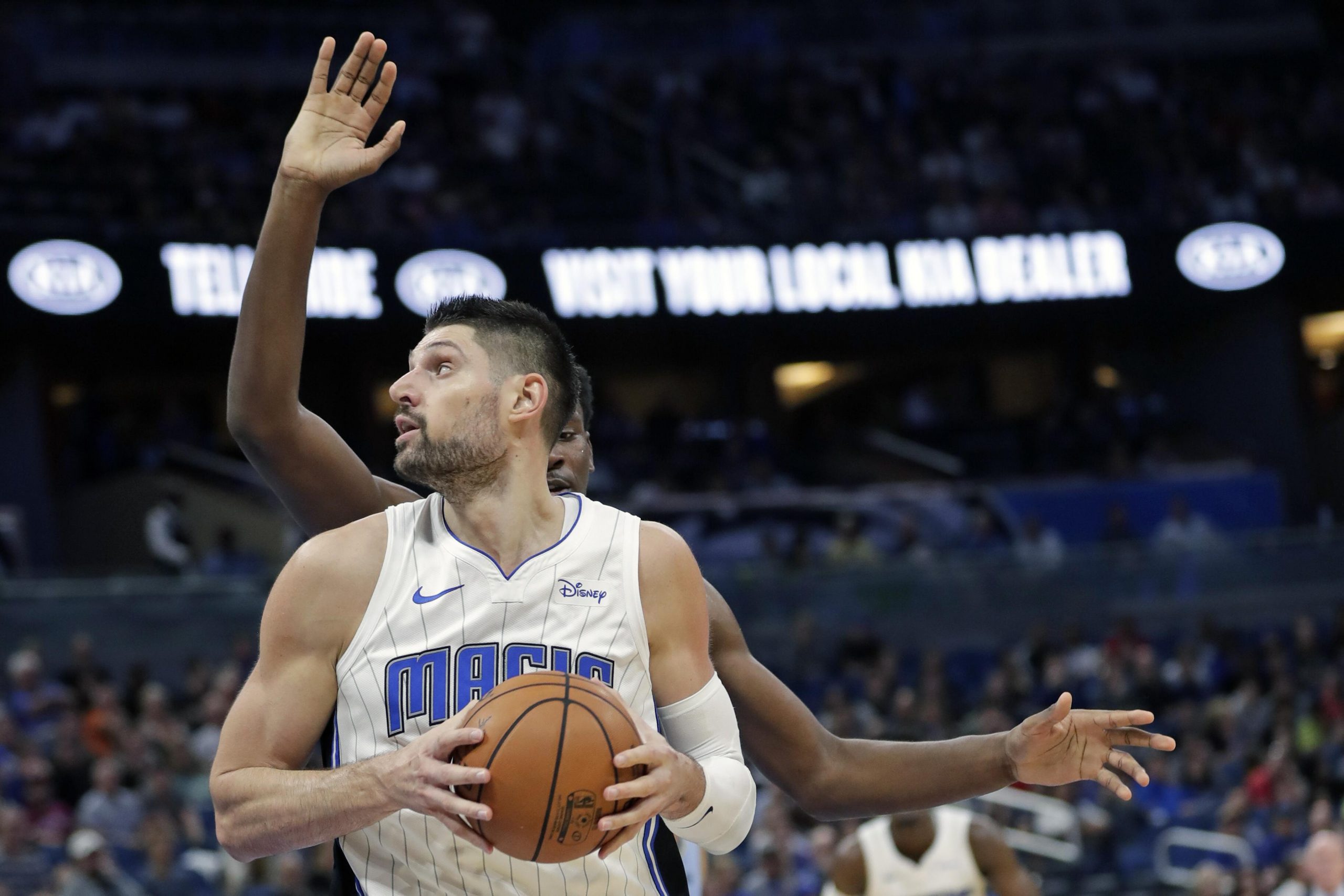 Tuesday brings a packed schedule in the NBA consisting of nine games. That leaves us with a bevy of NBA player prop bets to choose from. After wading through all of the options, I’ve selected four that could prove to be profitable. All odds were obtained from the BetMGM Sportsbook.

The Magic are hurting right now with Evan Fournier (elbow) on the shelf. They already have difficulties scoring, so losing Fournier and his 18.8 points per game aren't going to help matters. They’ll need to get even more offense from Vučević, who has averaged 20.6 points and shot 48.5 percent from the field across his last 25 games. Vucevic has also been excellent on the boards, averaging 10.7 rebounds during that same 25-game stretch. With regard to this combined number, he has recorded at least 35 total points, rebounds, and assists in 10 of his last 13 games. The Grizzlies have played at the sixth-fastest pace in the league, so expect Vucevic to receive plenty of opportunities to stuff the stat sheet in this contest. It should also help his cause that the Grizzlies are thin up front with Jaren Jackson Jr. (knee) and Brandon Clarke (quadriceps) out.

Sexton showed plenty of offensive promise during his rookie campaign but has taken his scoring to the next level this season. Not only is he averaging 20.7 points a night, but he has shot 46.8 percent from the field after shooting 43 percent last season. With that said, his contributions in other areas leave a lot to be desired based on his averages of 3.1 rebounds and 2.9 assists. If you’re just looking at his season stats, taking the over here might seem awfully risky. However, the Cavaliers are decimated by injuries right now with Darius Garland (groin), Kevin Porter Jr. (concussion), and Dante Exum (ankle) all out. That’s part of the reason why Sexton has averaged 28.4 points, 3.3 rebounds, and 3.9 assists across the last seven games. The key was that he averaged 39 minutes a game during that stretch. There should be no shortage of playing time for him in this matchup, making the over an appealing option.

Sexton isn’t the only player on the Cavaliers who has benefited from all of their injuries. Osman has seen a massive increase in playing time, averaging 39 minutes across the last four games compared to his season average of 29 minutes a night. He cashed in his added playing time to average 16.5 points per game. In fact, he scored at least 13 points in all four of those contests. Since reinforcements won’t be coming against the Bulls, Osman could be in line for another productive night in the scoring column.

It’s nice to see Beasley finally get an opportunity to show the type of player that he can be. After being buried on the bench with the Nuggets, he has moved into a staring role and averaged 33 minutes a night across 13 games with the Timberwolves. He has become one of the leaders of their offense, averaging 21.9 points on 17.1 shot attempts per game. He has certainly been efficient, too, shooting 48.6 percent from the field and 43.6 percent from behind the arc. I’m a bit surprised that the over here comes with plus odds. Beasley has scored at least 21 points in each of the last four games and in six of his last eight contests, overall. This has the potential to be a high-scoring game with both the Timberwolves and the Rockets ranked inside the top four in the league in pace of play. Given the odds, this could be a risk that is well worth taking. Be sure to follow me on Twitter @rotomikebarner to see my latest NBA player prop bets and updates on the games. Check the local links below to sign up and take advantage of some great promos: