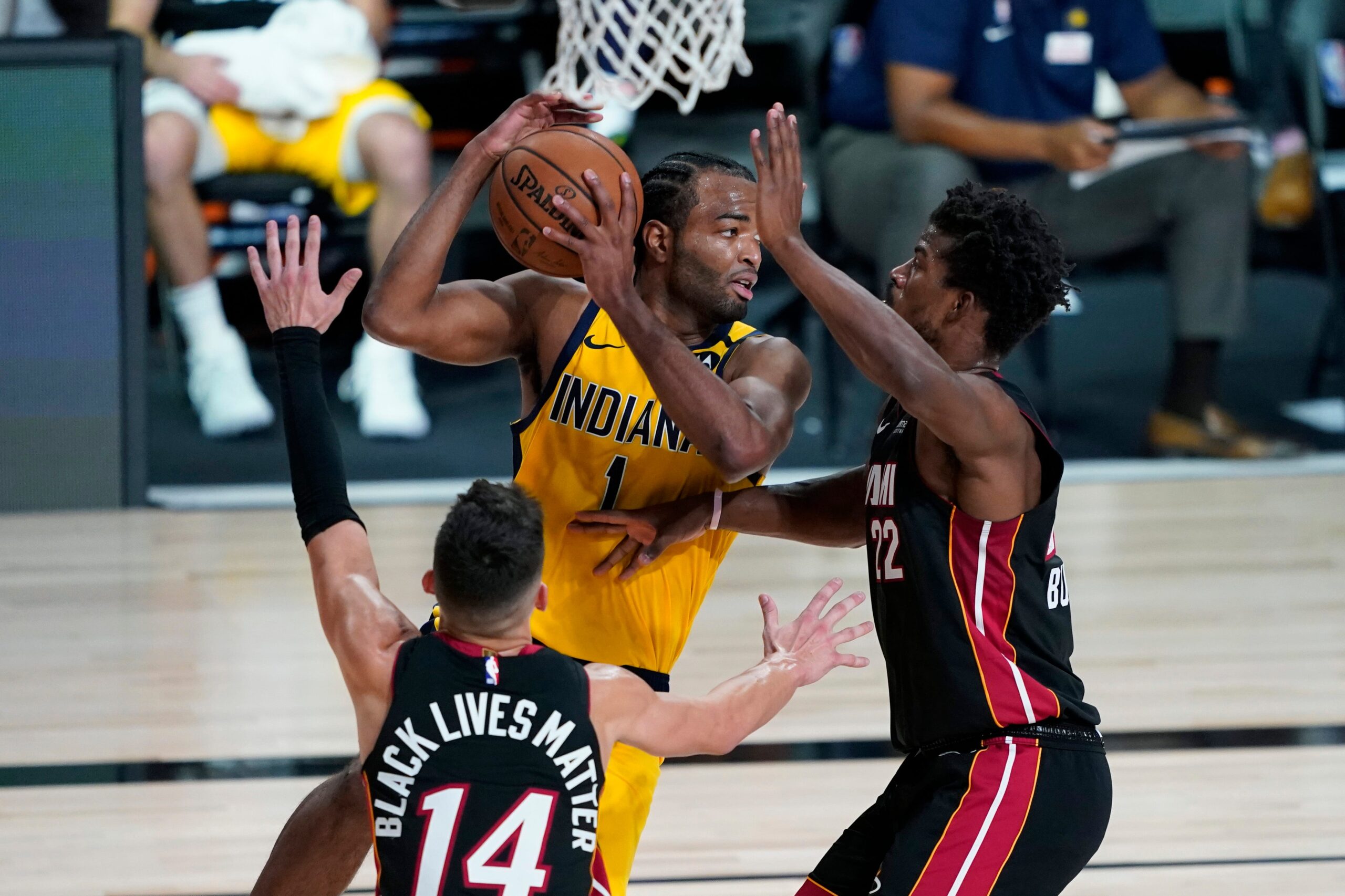 Three nights into the NBA playoffs and so far, I have not been disappointed. We’ve had a major upset, a seven-seed evening up a series with a two-seed, and a few massive individual performances. I think we’re in for an amazing ride these next few weeks. I mentioned this in my NBA weekly preview, but one series I really have my eye on in the first round is the Heat vs. Pacers.

There are a bunch of storylines tied to this matchup and, despite a lot of people penciling Miami into round two, I’m in the camp that the Pacers are underrated and can hang with the Heat. Game one went about as expected. Back and forth for a large amount of the game, with one team stepping up in the fourth quarter to seal the victory. I was curious to see how T.J. Warren would play in his first career playoff game after going off in The Bubble regular season. He held his own, scoring 22 points, grabbing eight boards, and netting four steals.

Game twos are always pivotal for both teams. They can change the outlook of an NBA series from the beginning. For Miami, going up 2-0 puts them in the power position and sets them up for a series victory. For Indiana, they are looking to avoid that at all costs and even the score at 1-1. I think the importance of this game will bring out the best of both defenses today.

Why I'm Going With the Under

I know, it’s really hard to pick unders in the NBA these days with all of the three-pointers being shot, and it’s even harder to have to root for them. But there is a method to this madness, and it’s all about recent performance.

In their previous five games, the Pacers are 4-1 on unders (4-0 in their last four), and the Heat are 3-2 (2-0 in their last two). More importantly, these two teams have now faced off three times in Orlando. All three of those games have gone under. The first one by 18 points, the second by 20 points, and then Tuesday’s game by just one point. These two teams just aren’t scoring a ton of points when they play each other.

The line has been adjusted to account for this and is sitting at 214.5, down from 224 in their first matchup. I think that is fine. There are a ton of defensive studs on these two teams. Jimmy Butler, Myles Turner, Victor Oladipo, and Bam Adebayo to name a few. If the Pacers can keep this game tight and force possessions for both teams to slow down, I think we have no problem cashing this under. Of course, if this turns into a blowout, like any NBA game, the fourth quarter will become wildly unpredictable. But for the same reasons stated above, I’m expecting a tight one today.

Let’s start the afternoon off right with a W.