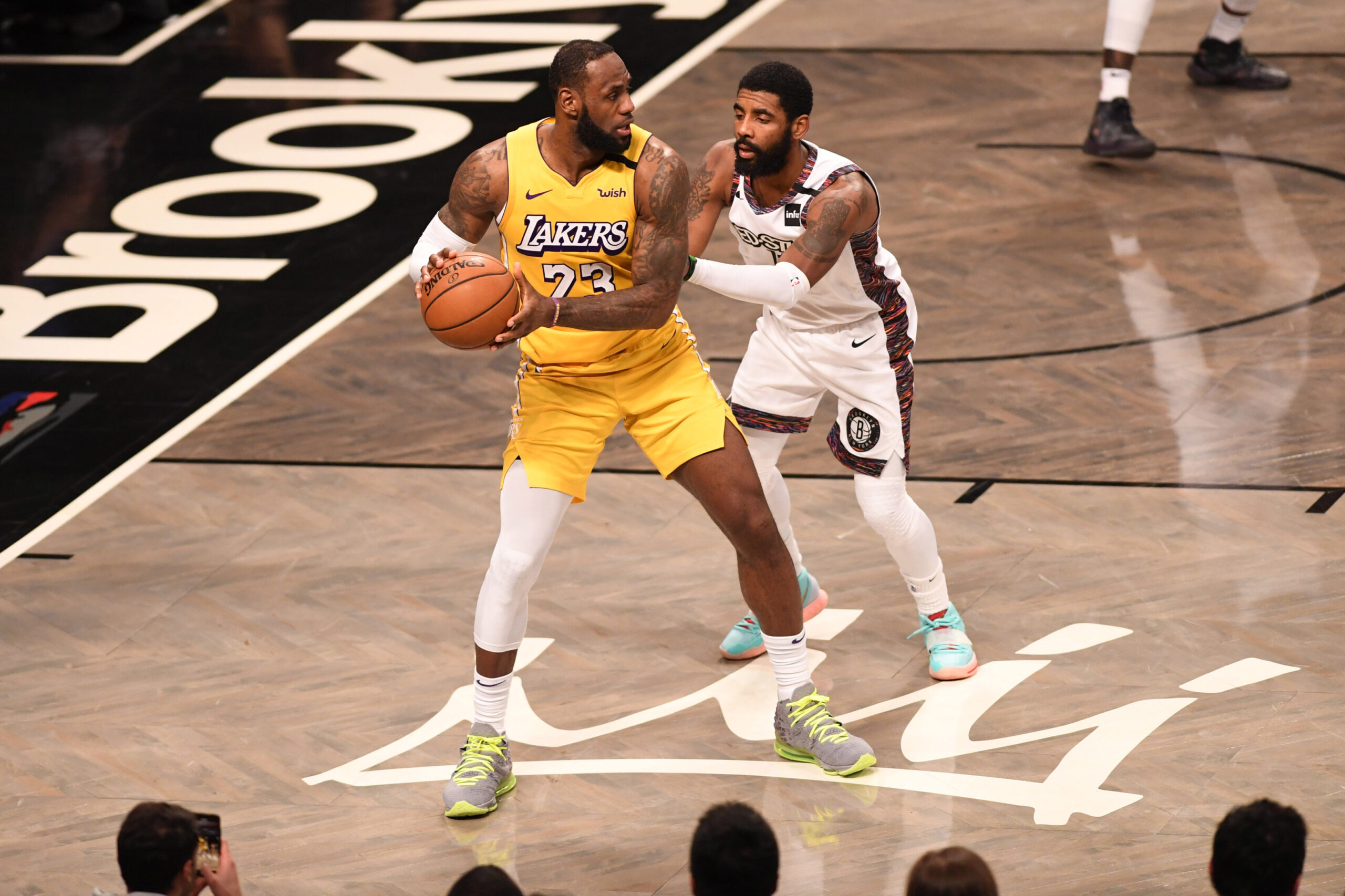 If you haven’t been following the TomBox algorithm’s NBA picks lately, you’ve been missing out ON FREE MONEY. Let’s see what it’s got up its sleeve after a 4-1 Tuesday night. There are only three NBA games on this Thursday to choose from, so picks will inevitably be included from the entire slate. But the one game we’ll all be watching is the nationally-televised showdown between James Harden and the Brooklyn Nets and LeBron James and the Los Angeles Lakers. Let’s start there with our player prop picks:

The King hasn’t had a game with fewer than seven assists since Jan. 25 and definitely needs to do more with Anthony Davis out due to injury. The TomBox sports betting algorithm thinks LeBron is going to do just fine as a distributor for the Lakers against the Nets, projecting 10.9 assists for the game, way over the 7.5 he needs to win this bet. Lock it in!

With Kevin Durant and Kyrie Irving out of the lineup on Tuesday in Phoenix, The Beard erupted for 38 points, 11 assists, and seven rebounds. Harden won’t score that much against L.A. with Kyrie back in the fold. In fact, the TomBox algorithm projects Irving to lead the Nets in scoring with 28.3 points. But it also predicts Harden will score 27.3, enough to clear the 25.5 over/under and secure another prop win for your bank.

Milwaukee’s upset loss to Toronto on Tuesday was the only pick the TomBox sports betting algorithm didn’t get right this week, but it’s once again backing the Bucks moneyline to help secure the bag. TomBox simulations estimate that Giannis & Co. have a *Borat voice* “very nice” 69.2% to win the game outright and have Milwaukee winning 122.9-117.1 behind 33.5 points, 12.4 rebounds, and 6.6 assists from Antetokounmpo.

The Kings are 62.1% favorites to beat the Heat outright in the game that people will care about the least tonight, with TomBox projecting a 116-113 win for the home side. As long as Sacramento wins, we’re good here. It also helps that Miami has lost its last three road games going into this one. De’Aaron Fox is projected to lead all scorers with 29.6 points.

The Nets score the most points in the NBA and allow the 3rd-most. Yet only 16 of Brooklyn’s 30 games have hit the over. Los Angeles has the 2nd best scoring defense in the league but will be without a major linchpin in Davis. The TomBox algorithm projects a 123-121 Nets win, with the combined 244 comfortably over the 232.5 needed to end the night with a betting W.