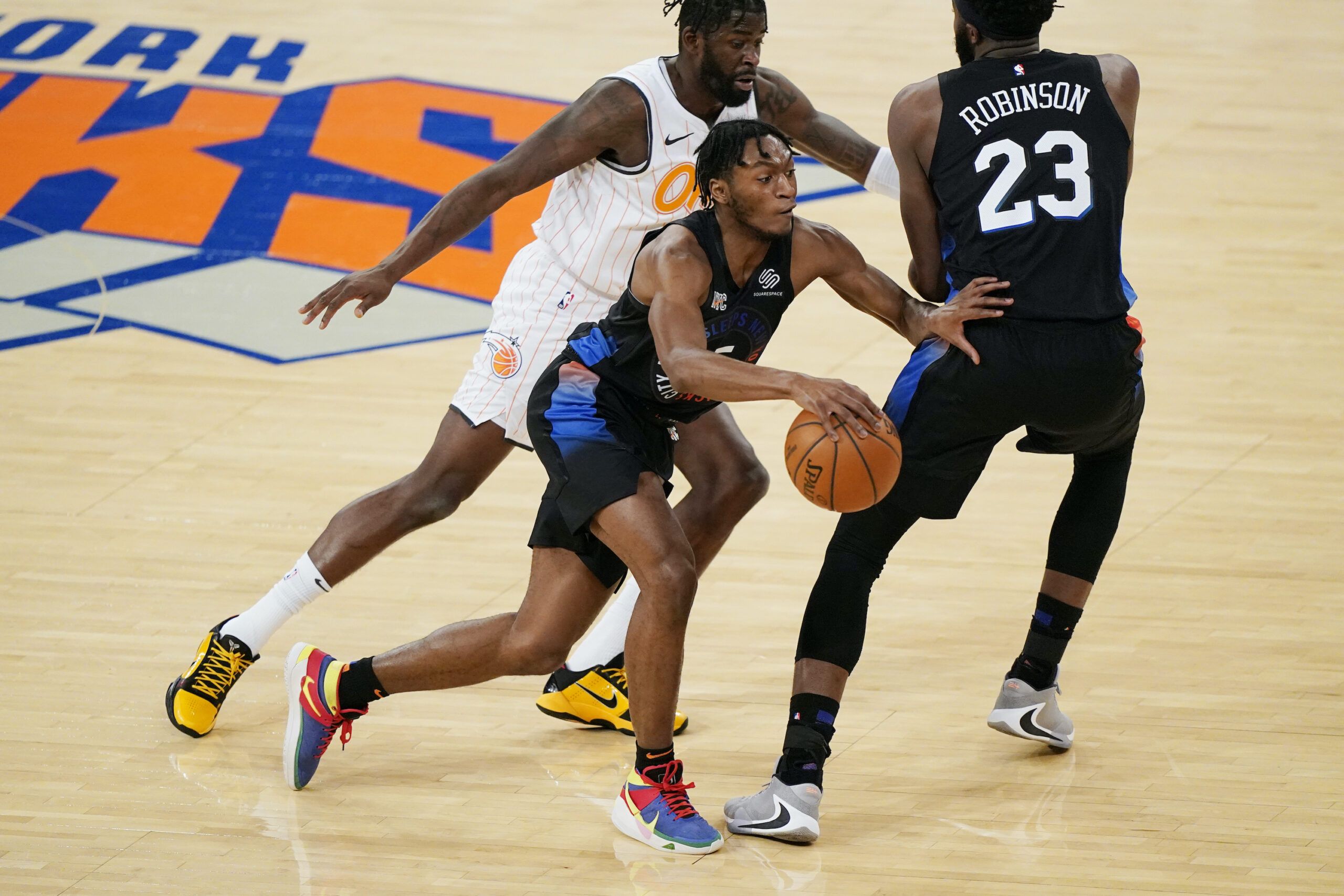 I felt great about both the Jazz and the Nets taking home W’s on Monday – although who the hell saw them scoring like 260 points each? My bets on the under took me waaaay down under. The only thing worse to happen DOWN UNDER yesterday was when that Australian Olympic swimmer got busted for running a $1.6 million drug empire. Anyway, if I don’t go 3-1 or 4-0 tonight, I am making a Blake Griffin statement and declaring that I should be traded to another website.

Jayson Tatum stated that he is still not 100 percent recovered from COVID-19, the Hornets missed two games due to contact tracing, and San Antonio had 4 players test positive. So, even as numbers are going down, we need to respect the league for keeping it safe. AND it was just revealed that during All-Star Weekend, players can not leave the hotels. Wow. So many strip clubs in Atlanta just lost millions of dollars when that news was announced. I guess players have to order the “Lou Williams Magic City Wings” to their rooms now.

Are the Knicks a quality team? They could be considered one, but then again, are the hot dogs you buy outside Madison Square Garden considered quality meats? Probably not, but sometimes their flavor is enough to satisfy you until you have your next great Manhattan meal. That is who I think these Knicks are. Tasty hot dogs on the corner of 7th Avenue and 33rd... They serve to tide you over until the next time you’re able to get a table at Nobu.

With Julius Randle suddenly exploding for 44-point games with Mitchell Robinson out and Immanuel Quickley quickly becoming one of the steals of the 2020 NBA draft, these guys have a chance to bring something exciting back to New York that’s been missing ever since the M&M’s Store opened in Times Square. (For the record, following an ESPN TV shoot in 2012, I drank beer, went to this store, and shoplifted a coffee mug. I’m still not sure why.) Sadly, we know this team isn’t going very far. And they will most likely be losing Robinson next season to free agency. So until then, bet on the New York Knicks to beat the injury-plagued Magic today down in Orlando. Especially by more than 4 points.

Points-wise, with the Magic’s struggles – especially with Cole Anthony out until after the All-Star break – they keep dropping three in a row before defeating quality teams like the Hawks. Plus, their scoring averages are way down. But since I recently got burned by taking the under on Monday, I’m taking the OVER and saying we see 215 total.

How did Miami just lose to a Clippers team that was without Kawhi Leonard, Paul George, Nic Batum, and Pat Bev? Even I was shocked at this loss. And with Tyler Herro, Jimmy Butler, and Bam Adebayo handling most of the scoring duties for this team, you’d think they could string together some victories and return to their Bubble form. Unfortunately, 2021 just hasn’t allowed them to. Miami does have Butler and Bam, two incredible defensive players. But Draymond can frustrate Bam inside and Steph just runs around until he’s open. And this is a tough matchup for both teams. GSW is given a slight advantage here. Whenever I see a team come to the Bay, I think Steph is happy and firing. And with Goran Dragić questionable, the Warriors – based on Steph Curry’s recent MVP-level run – will win by more than 4.

Points-wise, look for the Heat’s big 3 to pile it on, but for Golden State to do the same. Depending on Kelly Oubre Jr.’s points has been less than reliable this year. But if he does wanna prove that he belongs in a Butler/Herro conversation as a player of equal worth, he better take a bunch of shots tonight. Still, I think these guys score tonight and crush the 224.5 ceiling.

WHAT! I BET THE OVERS AGAIN! If I lose - I’m demanding a trade to another job…