Man vs. Animal: A Mascot-Based Performance Breakdown of the NFL This Season 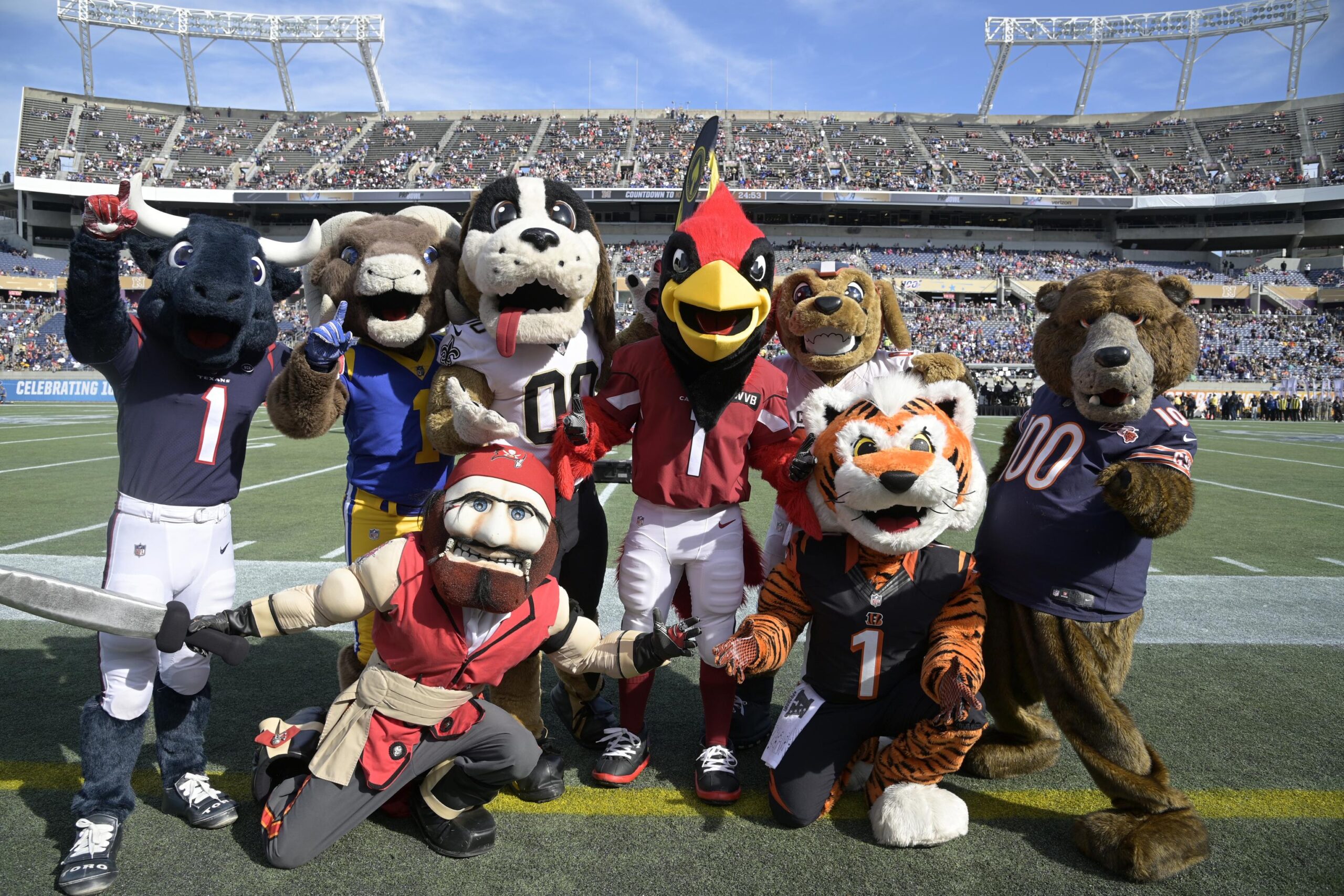 Since the beginning of time, humans and animals have battled for supremacy atop the food chain. While that war has been mostly won in nature, it rages on in the NFL, as Human and Animal mascots face off every Sunday, desperate for victory in the eternal struggle for inter-species dominance.

Like any good gambler, I’m always looking for an edge. Rather than idly watch these Humans and Animals battle on the field each week, I decided to do the responsible thing and spend the better part of a week researching and analyzing all their matchups from this season to find that silver bullet. And luckily, for you, I have found it and I’m generous enough to share it with you.

To begin, we will be examining all Human vs. Animal NFL mascots matchups from this regular season to help you with your betting during the playoffs. For your reference, below are the Human and Animal mascots used:

For those who were wondering, this did not include several NFL mascots that were borderline human, like the Browns, whose official mascot is Brownie the Elf, which is a magical creature with human-like qualities, but NOT a human.

This season, a Human mascot has squared off against an Animal team a total of 86 times. Of those 86 matchups, the Humans and Animals had an even split of home games (43 each.) We’ll start high level and break down the matchups of Human vs. Animals, and then go into further detail to give more specific guidance on mascot-based betting.

Let’s start with overall performance. The below table outlines the winning percentage of each mascot for the moneyline (outright win) and against the spread.

At first glance, it’s pretty clear – Human mascots are outperforming Animal mascots at a very significant rate, particularly when it comes to picking the outright winner. However, in a shocking turn of events, there is a dead tie when it comes to spread performance. Generally speaking, you’ll want to bet on the more evolved species of mascot (human) on the moneyline, but the spread is anyone’s guess.

Mother of God. Humans are channeling their inner cavemen and protecting their house against animals at all costs, winning 69% of their home games against the thumbless wonders (animals). When in doubt, you’re always safe making a mone-line bet on a human at home. Once again, the spread is an absolute toss-up. Just avoid it at all costs.

Now, this is good to know and definitely helpful information but I think we can go deeper. A lot of this data is skewed by some really high-performing humans and flat-out pathetic animals (looking at you, Jaguars).

Let’s get more specific and break down what type of human or animal we are dealing with to help make your picks a little more precise. For your convenience, I’ve gone ahead and split the animals into four groups – Birds, Land-Based, Big Cats, and Other. I’ve highlighted playoff teams for your betting needs as well.

Simple and straightforward. You’ll notice a heavy bird and land animal presence. I found the Big Cats distinction important and wasn’t sure what to do with Dolphins. You’d be shocked how few water-based mascots there are in this world, considering the planet is 70% ocean. But I digress.

The humans were also broken into four buckets – Profession, Outlaw, Warrior, and Other.

The human breakdown was definitely a little cleaner than for the animals, which makes sense because we’re an advanced society that knows how to organize ourselves in a logical manner. I struggled a bit with the Other category, as Saints are technically “Warriors” (of God) and Giants could be classified as a Profession (if you work at a circus or in the NBA) but decide to just move on.

Now for the performance. Here is where it gets VERY interesting.

For clarity, the records of each mascot type are their performance against all opposite species. For example, the winning percentage of “Animal: Bird” is against all human mascots. The record of “Human: Profession” is against all Animal mascots, etc.

It’s a lot to digest but here are a few key takeaways:

So, how does this data apply to the matchups this weekend? Let’s take a deep dive on the only Human vs. Animal matchup that we have this week – the New Orleans Saints (Human, Other) vs. the Chicago Bears (Animal, Land).

If you look at the data, you’ll notice that Land Animals have been performing slightly above average for the moneyline and even better against the spread when they have faced humans this year. This very encouraging for the Chicago Bears. In fact, it might be the only thing they have going for them. Unfortunately for the Bears, the Humans are home, which as we know, means they have a 69% chance of defeating an animal opponent outright.

Based on our data, take the Saints to win outright and the Bears to cover the 8.5 point spread.

While there was only one matchup this week, there are a total of five Human and five Animal teams in this year’s playoff. They’re bound to meet again.

Related: Since you now know which mascots will help you take home big money and which to stay away from, check out this article on how you can create a sportsbook account and start betting today!