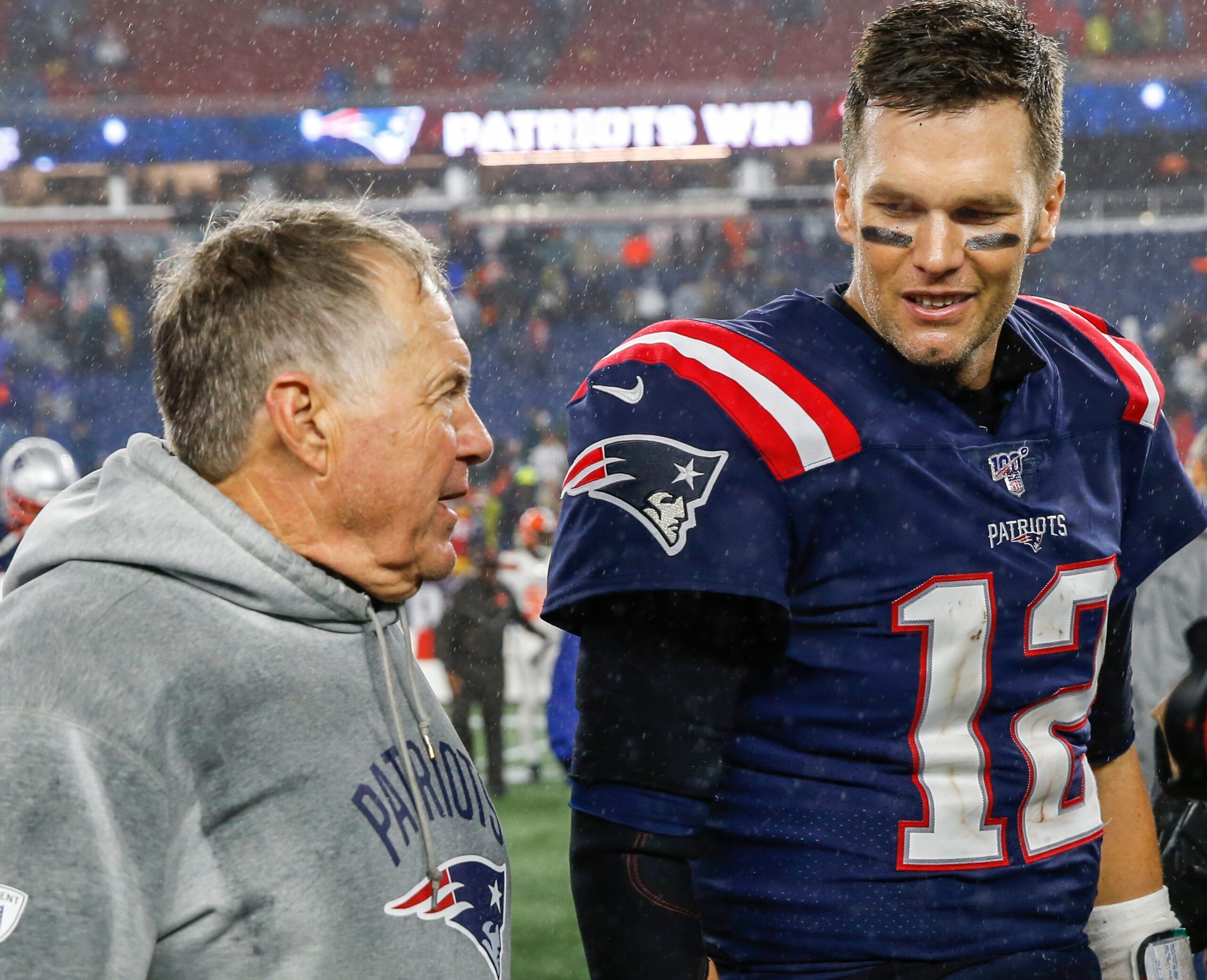 In the United States, the National Football League is unquestionably where the action is. Among the $13 billion that was wagered legally in 2019 in the U.S., more bets were placed on pro football than any other sport, according to the American Gaming Association. And, to nobody’s surprise, the most NFL money was bet on games involving the New England Patriots. According to a Kambi.com study of legal sports betting in the U.S., about 40% of first-time bettors placed their first wagers on the NFL in 2019. And, as unstable and uncertain and inconsistent sports betting inherently is, it’s no surprise the Patriots are where the most money is placed.

The New England Patriots have been the most steady, reliable, constant franchises over the last two decades, racking up six Super Bowl titles and hundreds of wins, with head coach Bill Belichick and quarterback Tom Brady leading the way.

But things weren’t always like that for the team over the last 60 years.

The Boston Patriots began to play in the eight-team American Football League in 1960. They moved around from baseball stadiums like Nickerson Field and Fenway Park over their first decade. The Pats reached the playoffs just once in its first decade, with the 1963 team winning one game before losing 51-10 to the San Diego Chargers in the AFL title game.

After the 1970 AFL-NFL merger, the Patriots moved to Foxborough, Massachusetts in 1971. There, they took on their familiar “New England” name at Schaefer (later Sullivan and Foxboro) Stadium. The ‘70s saw just four winning seasons and two playoff appearances, both losses. The strike-shortened 1982 season also produced a playoff loss under head coach Ron Meyer. But Raymond Berry’s first full season as head coach in 1985 led to a Cinderella Super Bowl run. Unfortunately, Super Bowl XX was played against the ‘85 Chicago Bears, one of the most dominant teams in NFL history and the Pats fell 46-10. A first-round playoff round the next season was their last appearance of the decade.

The Sullivan family owned the Pats until 1988, and the franchise went a sad 193-202-9 in those 28 years. Victor Kiam-owned teams went 21-43 between 1988 and 1991 until he sold to James Orthwein, whose teams went 7-24 between 1992 and 1993. After failed bids to move the team to Jacksonville and St. Louis because Robert Kraft had purchased the stadium out of bankruptcy from Sullivan, Kraft paid a then-record $172 million to buy the team in 1994.

That was the year that New England returned to the playoffs in Bill Parcells’ second year as coach. This is when it suffered an opening-round loss to a Cleveland Browns team led by a young Bill Belichick. After losing Super Bowl XXXI in 1996 to the Green Bay Packers, Parcells left for the New York Jets. He was replaced by Pete Carroll, who made the playoffs twice in three seasons before Belichick took over in 2000.

The rest, as they say, is history.

New England Patriots Against the Spread

This 20-year period of dominance, with six Super Bowl wins and 17 division titles, was also incredible against the spread. New England’s had a winning ATS record in every season since 2002. The Pats went 189-128-7 ATS when Brady started at QB, according to ESPN. They were favored by an average of 5.8 points per game, the 4th-highest spread since 1966 among QBs with at least 100 starts. All you’ve had to do since 2001 was bet on the Patriots, and you would’ve won 59.6% of the time. Brady and Belichick never lost four straight ATS games during a regular season. It doesn’t get more safe and sure than that.

Against individual teams, New England was best against the Buffalo Bills in the AFC, where it went 24-14-2 ATS. Meanwhile, they went 6-3 against Cleveland and 8-4 against the Chargers. In the NFC, the Pats went 4-1 against the Tampa Bay Buccaneers, 4-1 against Washington, and a perfect 6-0 against the Atlanta Falcons, including coming back from 28-3 down to win Super Bowl LI.

End of an Era for the New England Patriots

But after New England’s first-round playoff loss to the Tennessee Titans in the 2019 season, Brady unfathomably left to join the Tampa Bay Buccaneers in the offseason, ending the most successful era in NFL history in terms of championships, wins, and ATS.

Cam Newton signed from the Carolina Panthers to take over at QB for the Patriots. And it would still be hard to get against the Patriots in 2020 and beyond. But in terms of betting, it will be hard to do better ATS than betting on New England when Brady was under center and Belichick was on the sideline, winning Super Bowls and earning faithful bettors money nearly 60% of the time. It doesn’t get more sure, certain, or consistent than that. All they had to do was put their hard-earned cash on the Patriots.