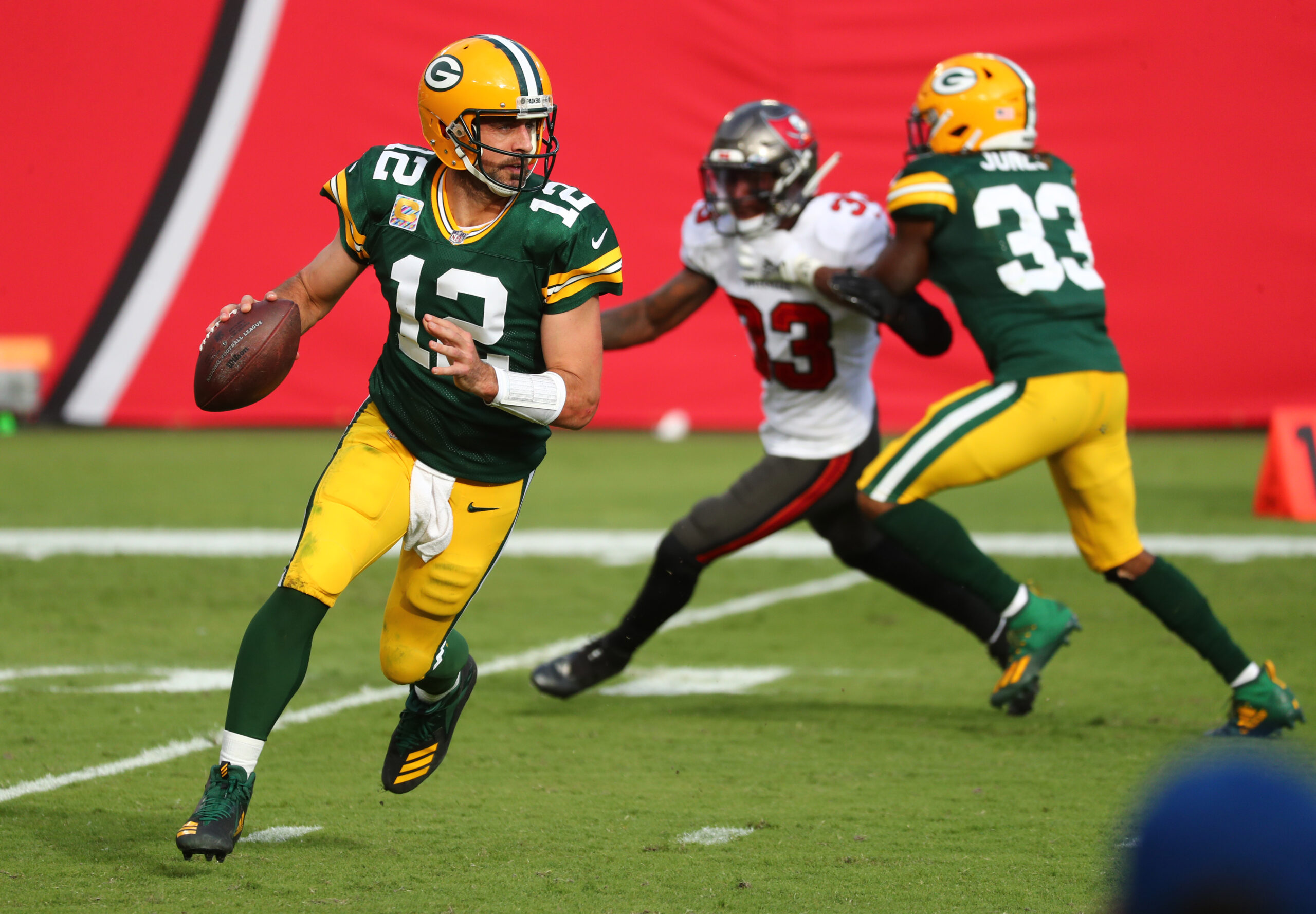 We have a matchup of two iconic quarterbacks in the NFC Championship game with Aaron Rodgers and the Green Bay Packers hosting Tom Brady and the Tampa Bay Buccaneers. Let’s dive into a few wagers to consider for the contest. All odds were obtained from the BetMGM Sportsbook.

The offenses could reign supreme in this matchup. When the two teams played in Week 6, they scored a combined 48 points despite a dreadful performance from Aaron Rodgers that would end up being his only game of the season in which he failed to throw a touchdown pass. In fact, he threw for at least two scores in all but two games. The Packers averaged 31.8 points per game during the regular season, so expect them to perform better in this contest.

The Bucs also have an explosive offense, averaging 30.8 points per contest during the regular season. They have carried that over into the playoffs, scoring 31 and 30 points in their two games, respectively. There is some concern about Antonio Brown’s (knee) health right now, but Tom Brady still has plenty of weapons in Mike Evans, Chris Godwin, and Rob Gronkowski. Even the running back duo of Leonard Fournette and Ronald Jones are playing well. This NFC Championship should be a high-scoring affair.

As much as I think this will be a high-scoring game, I don’t think Jones will be very productive. As I noted in my matchup preview for this game, the Bucs allowed the fewest rushing yards in the league during the regular season and only 10 rushing touchdowns. When these two teams met in Week 6, Jones was held to 15 yards on 10 carries. While this number seems low, taking the under could still end up being a profitable wager.

Rodgers’ performance when these two teams met previously was a complete fluke. He threw for only 160 yards, mostly because he completed just 16 of 35 pass attempts. His completion rate for the season was 70.7 percent, so look for him to improve significantly here. The Packers might have to throw a lot to not only keep up with the Bucs’ offense but also because of the Bucs’ propensity for stuffing the run. I wouldn’t be surprised to see him top 300 passing yards in this game, so I’ll take the over on this even more reasonable number.

previous
Silk Sheets and Million Dollar Watches: Why Poirier Will Surprise McGregor (and the World) on Saturday Night
next
Smart Money NBA Picks For Friday Night Action On 1/22/2021