NFL Betting Trends to Capitalize On 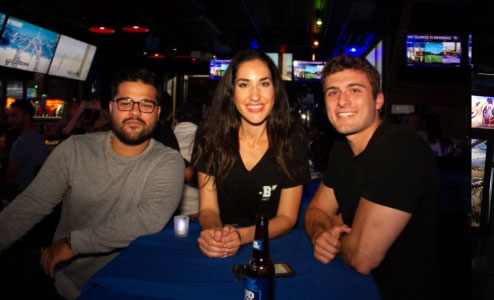 We are officially halfway into the NFL season, and whether you’re up, down, or barely breaking even in your gambling season, there’s one thing that’s for certain – a TON has happened this year. There have been insane upsets (aka every Jets or Jags win), crushing injuries that effectively end both real and fantasy teams’ seasons, and flat-out head-scratching refereeing that has completely swung the result of several games. Like most NFL seasons, it’s been incredibly hard to pin down what exactly will happen each week, which is by nature, a gambler’s nightmare.

That’s where your good friend Action Jackson comes in. I’ve spent all week scouring the Internet and pouring over data to find every gambler’s dream: bettable and monetizable trends. And because I’m such a good dude, I’m going to share them with you all today. 100% free of charge. You’re welcome, people.

NFL Betting Trends from the First Half of the Year

Today, we’ll be doing a deep dive on moneyline, against the spread, and over/under trends across the entire league, as well as by team. Stay tuned next week for more trends around player performance and fantasy output to help you win your prop bets and get ready for the fantasy playoffs.

For those who are new to the betting world, we broke down moneyline bets and some key tips in this article here.

Let’s get into a big trend that’s emerged this year that will help you make bank this year.

Trend: Away Favorites Are Being Undervalued (And Vice Versa)

When it comes to betting (and taking into account the vig), all you need to do to win money is hit at 51-53% of bets. So when you see a 62% win rate, you jump out of your chair, run to your phone, and start betting that trend ASAP.

Let’s break this one down a bit. Currently, Away Favorites are winning 62% of their matchups this year. While it’s not surprising that the favorites are winning more frequently than the dogs, the key modifier here is Away teams. On top of that, we’re seeing Away Dogs win at a higher rate than home dogs, which is slightly different than we’ve seen in the past few years.

This means one thing – the books are overvaluing the impact of home-field advantage, at least when it comes to outright winning. Now, in super one-sided matchups, this won’t be a huge advantage. But when you spot a matchup that’s nearly a tossup (spread of -3 or less, or odds less than -124), you’ll want to take advantage and hammer an away team, favorite or dog.

NFL Against the Spread (ATS) Betting Trends This Season

Jake Higgins did a great job last month of breaking down how to bet against the spread in the NFL and college football, so if you’re new to spread betting make sure you check that out.

Two things jump out here when it comes to ATS trends.

1. Similar to the above, the books are over-valuing the impact of home-field advantage, especially when it comes to spread betting. If you see a soft line this weekend, jump on the away team to cover that spread.

2. The larger trend we’re seeing is the success of dogs against the spread. Like most of us, Vegas is having a lot of trouble setting the lines this year. A 62% win rate for dogs (teams favored to lose by a certain amount of points in a spread) is incredibly significant, not to mention the insane 58% away dog win rate.

HAMMER AWAY DOGS THIS WEEKEND. Don’t trust me – trust the numbers.

Best Teams Against the Spread

Worst Teams Against the Spread

Not a ton of surprises here. The biggest shocker is the Jets, who despite facing double-digit spreads at times, are still failing to cover nearly 80% of the time. I know they suck, but Jesus, I did not know it was that bad.

Trend: Overs are Over

This year, 55% of all games have hit the under, excluding overtime contests. One of the key factors here is a downward trend in scoring across the league. After leaguewide scoring peaked last year at 24.8 PPG, it’s back down to 23.2, which is still high but closer to the average the past 10 years. Vegas has been slow to move on this trend, though I wouldn’t be optimistic that this will hold in the back half of the year.

The real trend to keep in mind is which teams are hitting the over and which aren’t. Generally, there are two factors at play for a team to hit the over – a bad defense or a good offense.

Best Teams at Hitting the Over

Worst Teams At Hitting the Under

Again, not a ton of surprises here. The Jets once again are worse than expected and are hitting overs for all the wrong reasons – their horrible defense. They’re not just bad, they’re overrated.

As always, some of these trends will change in the back half of the year as the books adjust and recalibrate based on the first half of the year. Make sure you always keep your eyes peeled and track movement on a weekly basis to stay one step ahead of Vegas.