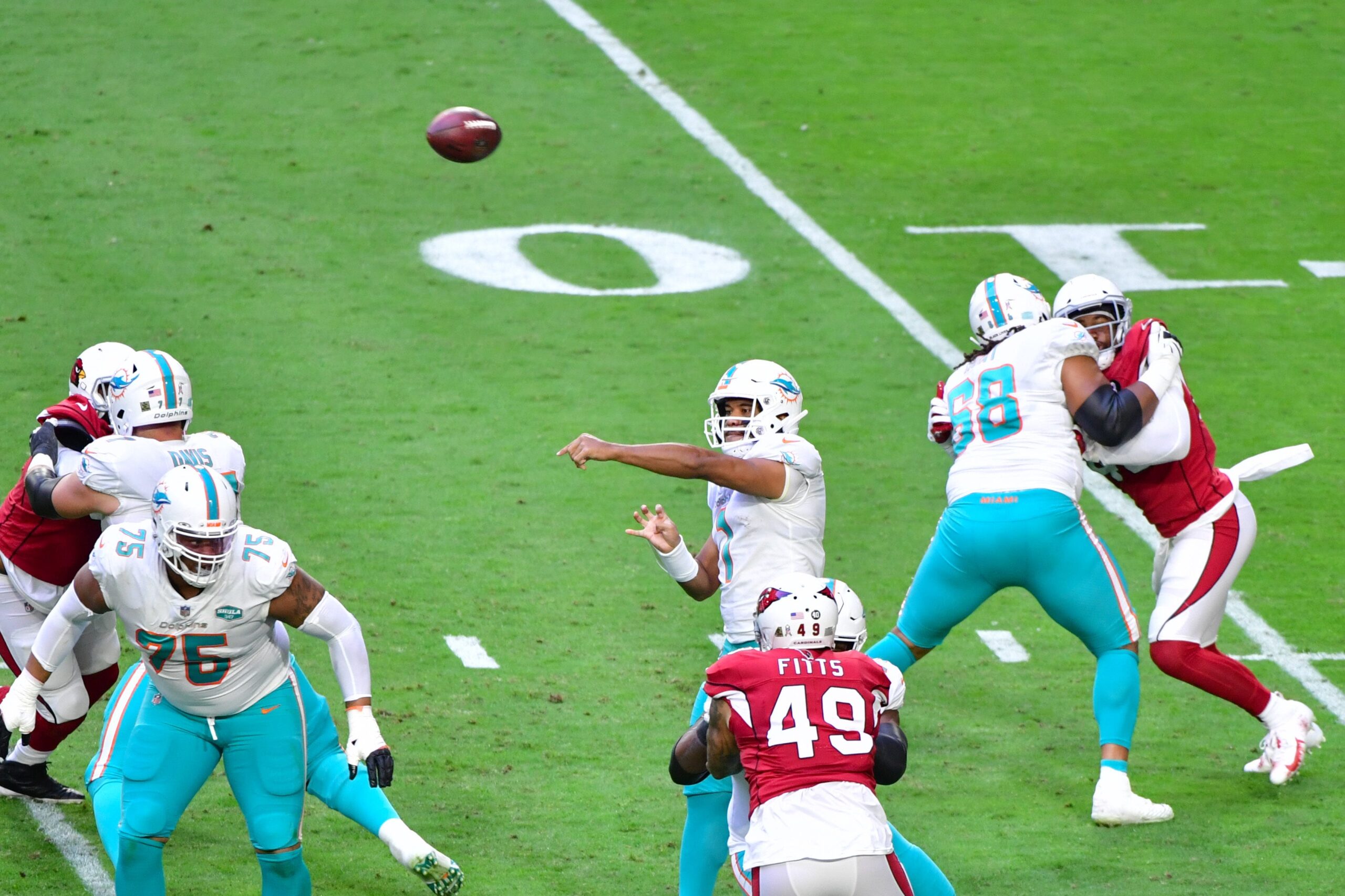 We were well on our way to a 2-1 week with my recommendations in Week 9, but the Texans giving up a touchdown in the final minutes of the fourth quarter forced me to settle for a 1-2 mark. For the season, my record now stands at 18-9. Let’s dive into Week 10 of the NFL and try to get back on the winning track with three new wagers to consider. As usual, I’ll make one moneyline, one spread, and one over/under pick. All odds were obtained from the BetMGM Sportsbook.

The Broncos are coming off of a seven-point loss on the road to the Falcons last week in a game that really wasn’t even that close since they were trailing 27-6 entering the fourth quarter. They are only 3-5 for the season, and their three wins came against teams with a combined record of 5-20. What’s even more alarming is that two of those wins came by six points or fewer. Their largest margin of victory this season was a nine-point win over the hapless Jets.

Meanwhile, the Raiders are 5-3 and have faced an incredibly tough schedule. Their 1-2 record at home doesn’t instill a lot of confidence. But take that with a grain of salt considering the three teams they faced were the Saints, Bills, and Buccaneers. With signature wins over the Saints and Chiefs this season, look for the Raiders to take care of business against an inferior Broncos team.

The Dolphins find themselves entering Week 10 of the NFL firmly in the playoff hunt with a 5-3 record. They have won four games in a row, two of which have come with rookie Tua Tagovailoa under center. He was impressive in last week's victory on the road against the Cardinals, throwing for 248 yards and two touchdowns. They do have a couple of concerning injuries on offense with Myles Gaskin (knee) and Preston Williams (foot) on IR. But their defense has been stellar, allowing only 20.1 points per contest.

It’s been one heartbreaking loss after another for the Chargers on their way to a 2-6 record. It looked like they were going to complete a comeback against the Raiders in Week 9, but what would have been the game-winning touchdown catch was called incomplete on the last play of the game. The only silver lining to their dismal record is that they have normally held tough and played close games. Still, with how well the Dolphins are playing right now, I’ll take them to find a way to win and cover this small line.

This might seem like a big number for the Rams to hit given how their offense has performed this season. They have scored fewer than 28 points in five of their eight contests. And the Dolphins held them to just 17 points in Week 8. Working in their favor for this game, though, is that they are well-rested coming out of their bye, which also gave them added time to prepare for this big game against their division rival.

The main reason to take the over here is that the Seahawks defense has been simply dreadful. They have allowed the most passing yards per game in the league, which has contributed to them allowing an average of 30.4 points per contest. They haven’t given up fewer than 23 points in a game all season. And they have allowed at least 37 points in two of their last three contests. The Rams have plenty of weapons on offense, including Robert Woods and Cooper Kupp, so look for them to come through in a big way.